During the 2017 football season, ETSU head strength and conditioning coach Al Johnson and his staff will award players with the Iron Buc Award.

The "Buc Buster Relay" consisted of a Hexbar carry & Prowler Push/Pull Relay. Each member of the team had to complete one full round of teh listed criteria before the next individual could begin. The first team to have all members finish was crowned winner. Criteria for the event was as follows:

The second week of the #IronBucChallenge consisted of our "Buc of Art" challenge. This challenge tested the Bucs attention to detail and ability to communicate effectively. The image shown below is the "shrine art" built prior to the lift. The winning team had to successfully move it from one side of the field to the other and put it together exactly as they found it. The smallest of details counted in this challenge. Once rebuilding the piece, the team finished the competition by sprinting back across the field and had to sinng a song as a unit. The winning team this week included: Drae Butts (Gray, Ga.), Asley Haynes (Roan Mountain, Tenn.), Brandon McCray (West Chester, Ohio), Robert Murphy (Chattanooga, Tenn.), Tyrique Sandusky (Memphis, Tenn.), Donovan Swinger (Anderson, S.C), Kashif Warren (Knoxville, Tenn.) and Caleb Woody (Maryville, Tenn.). 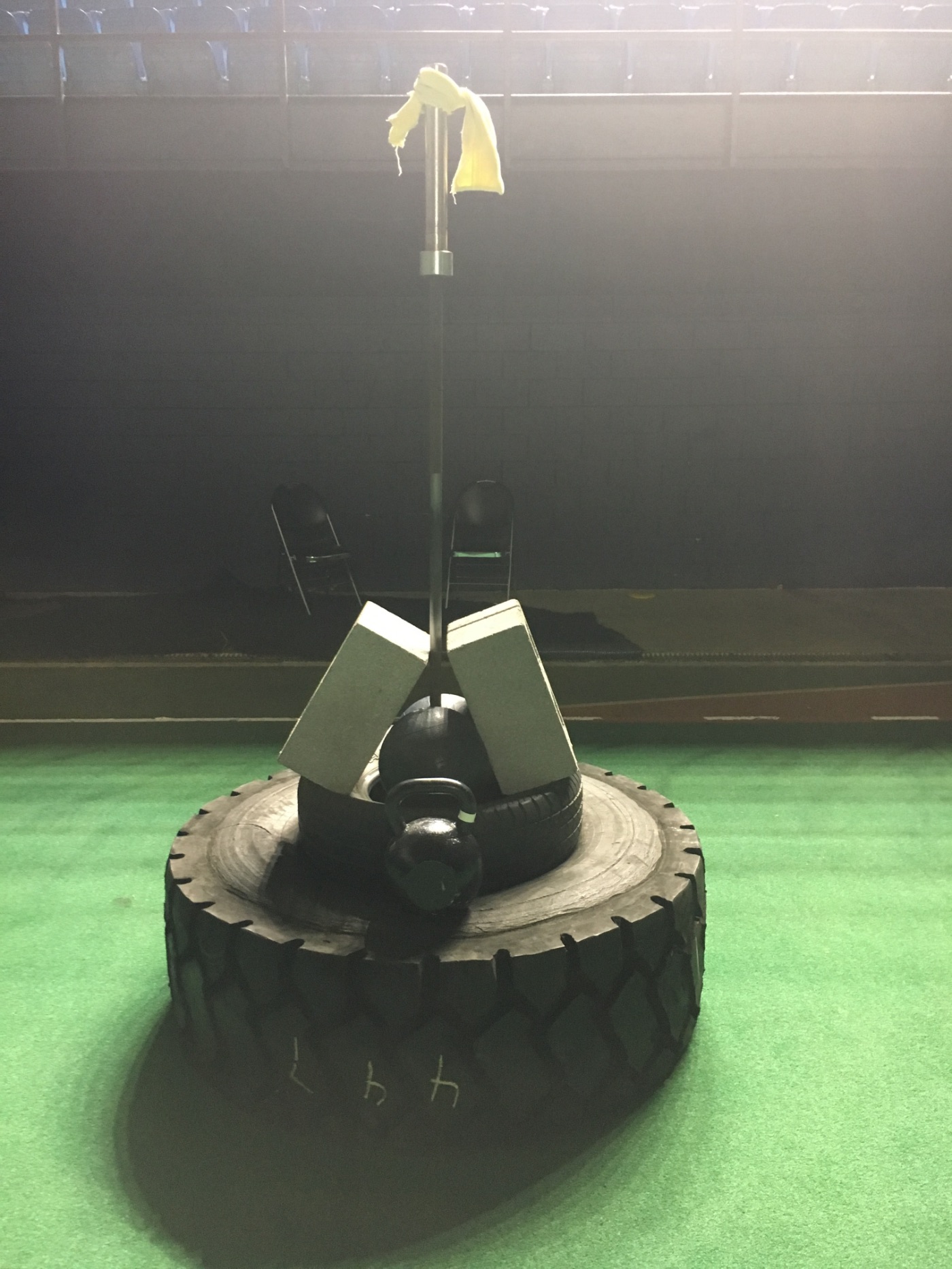 Each team had one metal plate and one tire with a plate loaded onto it. Within the teams, team members paired up to complete a 30-yard plate push and a tire pull.

Eight teams competed and the first to finish won. They first had to sprint 5 yards to a cone with a tennis ball on top then move that tennis ball to the cone 5 yards opposite to the side of the first. Then sprint 5 yards to the next set and repeat and to a third set of cones and repeat. Next, after the last set of cones was a tire where the players had to jump in and out of the tire twice. To finish a 50 yard farmer carry, 25 yards down and back, with a 45lb plate in each hand. Then a 25 yard sprint back for the next teammate to go. The winning team consisted of:
Tyrique Sandusky (Memphis, Tenn.), Charlie Jackson (Christiansburg, Va.), Greg McCloud (Nashville, Tenn.), Austin Howard (Knoxville, Tenn.) and Myles Taylor (Franklin, Tenn.).

This week, we featured two competitions.

The first competition was the front plank hold – players had to hold a plank until there was only one person left, which determined the winner. After two minutes, a 45-pound plate was added.

The winner of the Plank Hold was Austin Howard, who held a plank for 7:45 with three 45-pound plates added. 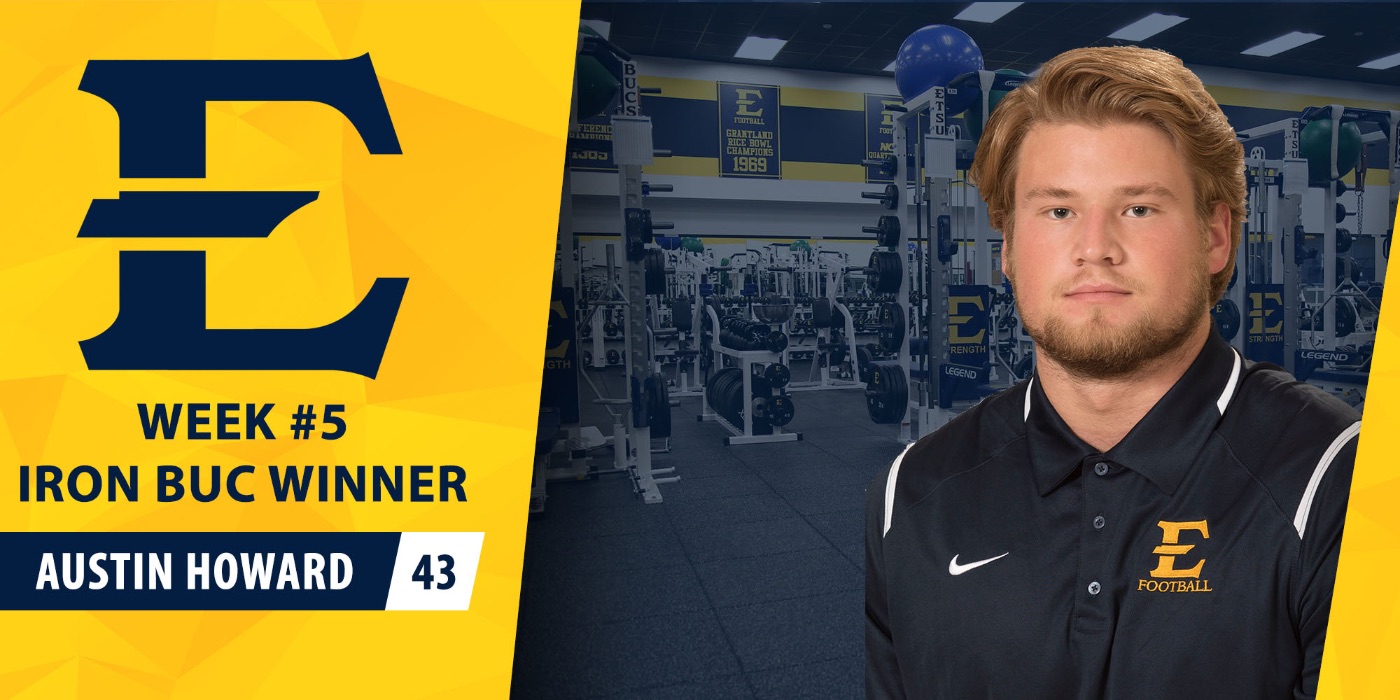 The second competition was the Buc Hold – which consisted of players having a pair of 10-pound plates in each hand, and they had to keep them up until one person was left. The winner of the Buc Hold was Keilend Clayton, who held it for 2:52. 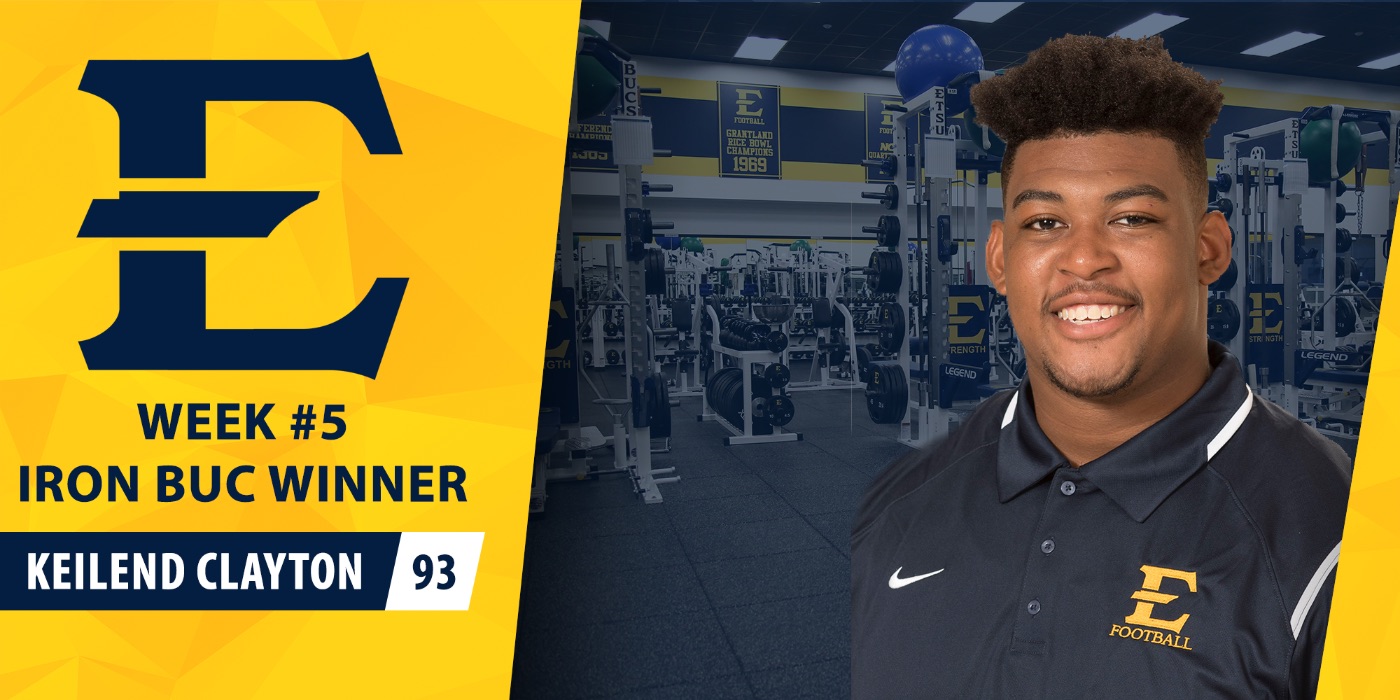 This week's challenger featured a scavenger hunt where players were grouped into teams of five. Each player was joined together via a strap and had to stay together throughout the entire challenge. Each team received their first clue at the first destination and once completing all the clues the team returned to the Mini Dome where they had carry each team member across the turf. The team who completed the challenge in the fastest time won the competition. The winning team featured: Drew Johnson (Spartanburg, S.C.), Donovan Swinger (Anderson, S.C.), Conner Johnson (Johnson City, Tenn.), Dakota Finger (Boone, N.C.), Tre'mond Shorts (Hampton, Ga.) and Kashif Warren (Knoxville, Tenn.).

Players were split into teams to complete an ascending in length plate push. The first player pushed the plate 5-yards and back, followed by each team member doing the same task. Then, the first player will be up again to push the plate 10-yards and back with teammates following again. The same task accomplished the same task at 15-yards. From there, after each team member completed their task, each member completed a 20-yard down and back hex bar carry. The first team that completed both tasks won the challenge. The winning team consisted of Chei Hill, Tyrique Sandusky, Trejuan Purty, Brandon McCray, Nick Payne, and JD Griffin.

In teams of threes, the players collectively had to complete 300 reps of kettlebell swings, 300 agility hurdle jumps and 300 med ball slams. The first team of three to complete the challenge within their division was the winner!