"This is the first time our complete coaching staff has had a chance to mix and mingle with coaches from the local and regional area," ETSU head coach Carl Torbush said. "I think the intermingling, making friendships, and bonding together will help us down the road—not only in a football way, but in a recruiting way, as well."

The clinic, which was held Friday, March 27 and Saturday, March 28 in the ETSU/MSHA Athletic Center, benefited ETSU coaches and visiting coaches, alike.

ETSU Football alumnus and current Tennessee High head coach Mike Mays ('92) was one of many coaches in attendance for the weekend's events, which included demonstrations from the ETSU coaching staff, as well as coaches from area colleges and universities, such as Carson-Newman, Maryville, and Tusculum.

"Sometimes when you go to clinics, you get caught up on certain things, or they don't give you all the information," said Mays, who was named 2014 Football Coach of the Year by the Bristol Herald Courier. "The ETSU staff is open to questions and will give you everything you want. That's the biggest thing I liked about this. I'm not sitting in a room full of 300 coaches getting a little information. Here, I'm getting a lot of quality information."

Day One of the two-day clinic featured an interactive "Coaches Coaching Coaches" segment, demonstrations on ETSU's offense, defense, and strength programs, a Fellowship of Christian Athletes dinner provided by Bojangles, and guest speakers from Appalachian Orthopaedic Associates and the Tennessee Football Coaches Association.

"One of the highlights of our clinic was the demonstration in the weight room with our strength coach, Allan Johnson," Torbush said. "Al [Johnson] did an excellent job presenting our strength and conditioning program. Our 'Coaches Coaching Coaches' segment was very successful, because it actually allows high school coaches a chance to get out, get in a stance, and go through drills if they would like to. I think that part of our clinic will grow by leaps and bounds." 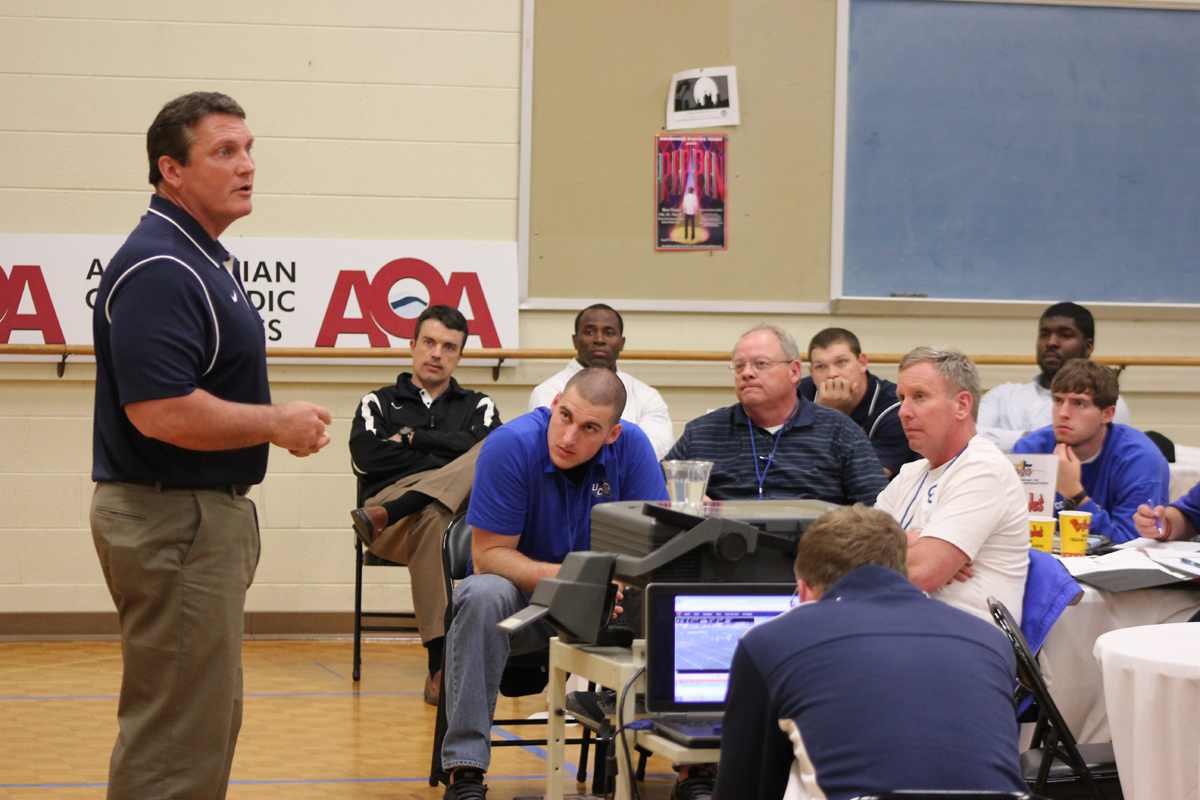 Saturday's schedule culminated with an ETSU Football spring scrimmage, allowing coaches and fans a chance to see the Bucs in action.

"This is the first spring we've had football, so we felt like it was very important to have a scrimmage so our local coaches can see some of their players practice to see how much improvement they've made since high school,"

I think we have made a ton of improvements since last fall," Torbush added. "That was a beginning point. Now, we've had an offseason to grow bigger, faster, and stronger. Again, Coach Johnson and his strength staff have done a great job. There is no doubt that we are a bigger, faster, and stronger football team than we were this fall. We've got a long way to go. We are nowhere near where we need to be to start the football season, but I do feel that if we continue to make the same amount of improvements from now to our first game, we will have a chance to be competitive week in and week out."

Coaches in attendance at the weekend's clinic, including Mays, took notice of the ascending trajectory of the Bucs' program.

"It is exciting to see the steps forward they are making as far as the locker room, weight room, and assembling such a great staff in this first year," Mays said. "They have great knowledge, and this has been a great opportunity for local coaches to come in and learn some good football. With this coaching staff, the program is definitely headed in the right direction."