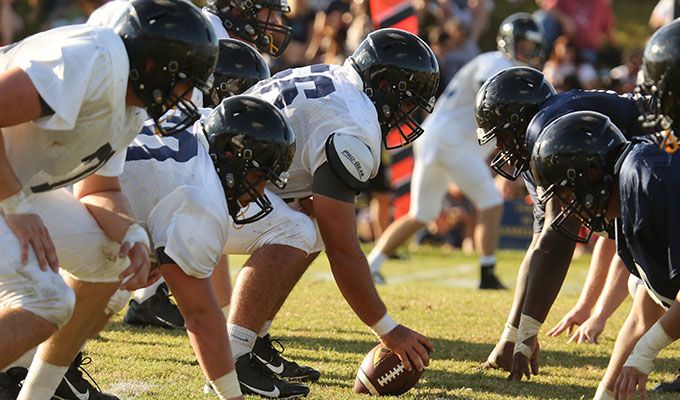 JOHNSON CITY, Tenn. (July 7, 2015) – The ETSU Department of Intercollegiate Athletics announced Tuesday that it has made a change to the Buccaneers’ 2015 football schedule, as the team will now face Kentucky Wesleyan at home on Nov. 21.

“With the NCAA’s decision regarding statistics for these 32 schools, several programs like our own were searching for new opponents,” said ETSU Senior Associate Athletic Director/COO Scott Carter. “We were fortunate to work something out with Kentucky Wesleyan and we are pleased to welcome them to Johnson City for our game on Nov. 21.”

While Carter said simply dropping the College of Faith game from the schedule was a possibility, ETSU’s administration felt it was critical to keep the team’s home schedule at six games.

“We have had a great response from the community in regards to season ticket sales, and we had a schedule set for six homes games,” Carter said. “So there was no debate … we were going to have a sixth home game on the schedule.”

For more on ETSU football as the season opener on Sept. 3 against Kennesaw State approaches, visit ETSUBucs.com and click on the football link.