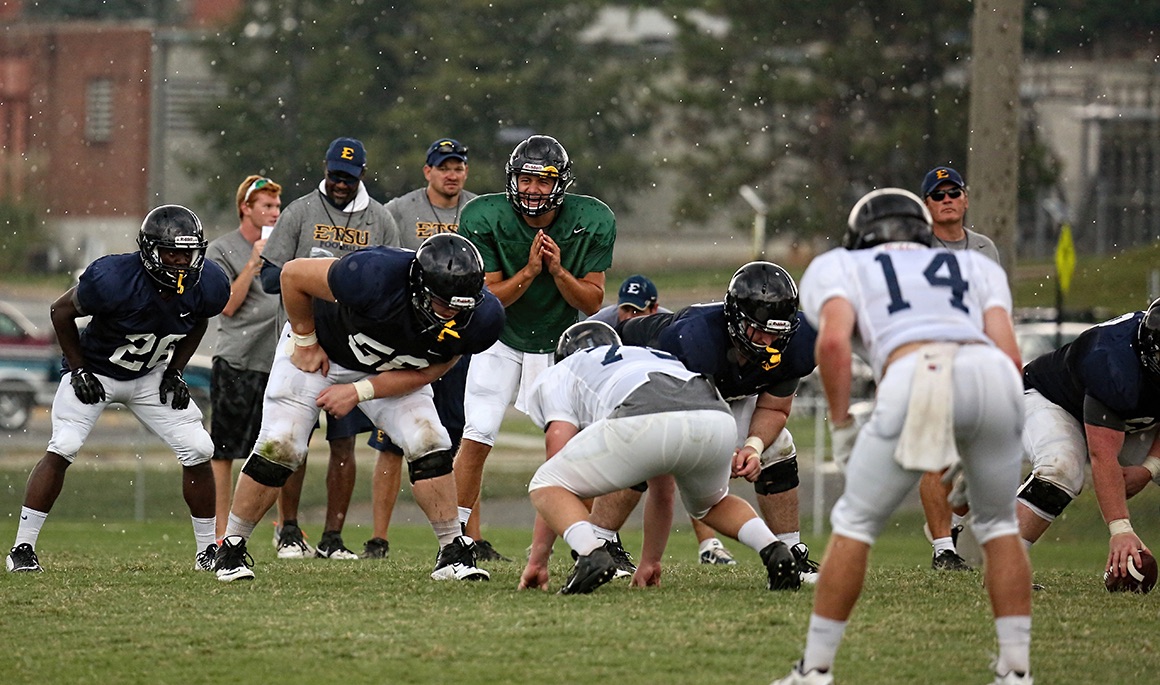 Bucs practice in full pads for first time this preseason

After practicing in helmets and shoulder pads the last two days, the Buccaneers put on full pads for the first time this preseason. Like the previous four days, ETSU held a 24-period practice, which ended with a full-speed scrimmage during the final two periods of practice. The Blue and Gold also took advantage of the overcast skies and battled a few raindrops during their scrimmage.

“Overall, our effort was good today,” said Torbush, whose Buccaneers open the season against Kennesaw State on Sept. 3. “I thought our legs were fairly fresh in full pads and we moved around as well today as we did yesterday. I am pleased where we are right now, but we have to continue to move forward because we have a long way to go.”

The players showed a lot of emotion when Coach Torbush called for the full-speed scrimmage, which also allows the coaching staff a better chance to evaluate its 95-man roster.

“We had a couple full-speed scrimmage periods at the end of today’s practice,” added Torbush. “The scrimmage was good because it gives us a chance to evaluate the players a little better. At the same time, we have to make sure we are careful, as we need to give everyone the opportunity to stay as injury-free as possible. We will pick up the pace with the scrimmage snaps later on, but we wanted the guys to get a taste of what’s getting ready to happen. On Saturday (full scrimmage), it no-holds-barred as the guys will be trying to win a starting position.”

Tuesday’s practice begins at 3:30 p.m., outside on the practice fields. Stay tuned to Twitter for any schedule changes.