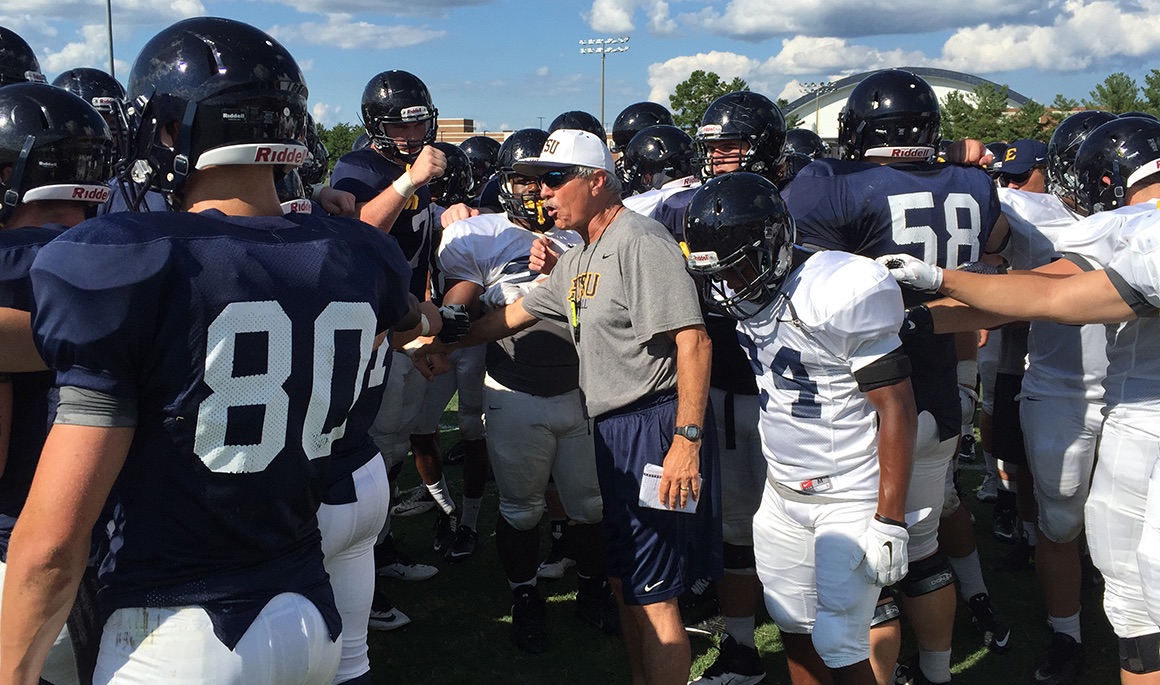 Catching up with the offensive line

JOHNSON CITY, Tenn. (Aug. 12, 2015) – A day after dodging heavy thunderstorms by practicing inside the Dome, the ETSU football team was able to take advantage of a picturesque summer day as the Buccaneers wrapped up their seventh preseason practice Wednesday afternoon on the practice fields near the CPA.

The Buccaneer Sports Network caught up with offensive line coach Erik Losey to get his thoughts following ETSU’s seventh practice.

“One of the biggest things you can see with our offensive line through the first seven practices is the way they have gelled as a unit,” said Losey, who played for the Bucs in 2002-03 and was named First Team All-American as a senior at Western Kentucky. “In seven days, the guys are communicating as veterans, and that’s impressive to see as a coach. They’ve also set a standard to go beyond what we’re asking them when it comes to learning the material. From a coach’s standpoint, you can’t see anything but positives right there. ”

The Blue and Gold continue preparing for Saturday night’s scrimmage as the Bucs return to practice Thursday afternoon at 3:30 p.m. ETSU will practice in helmets and shoulder pads on Thursday.