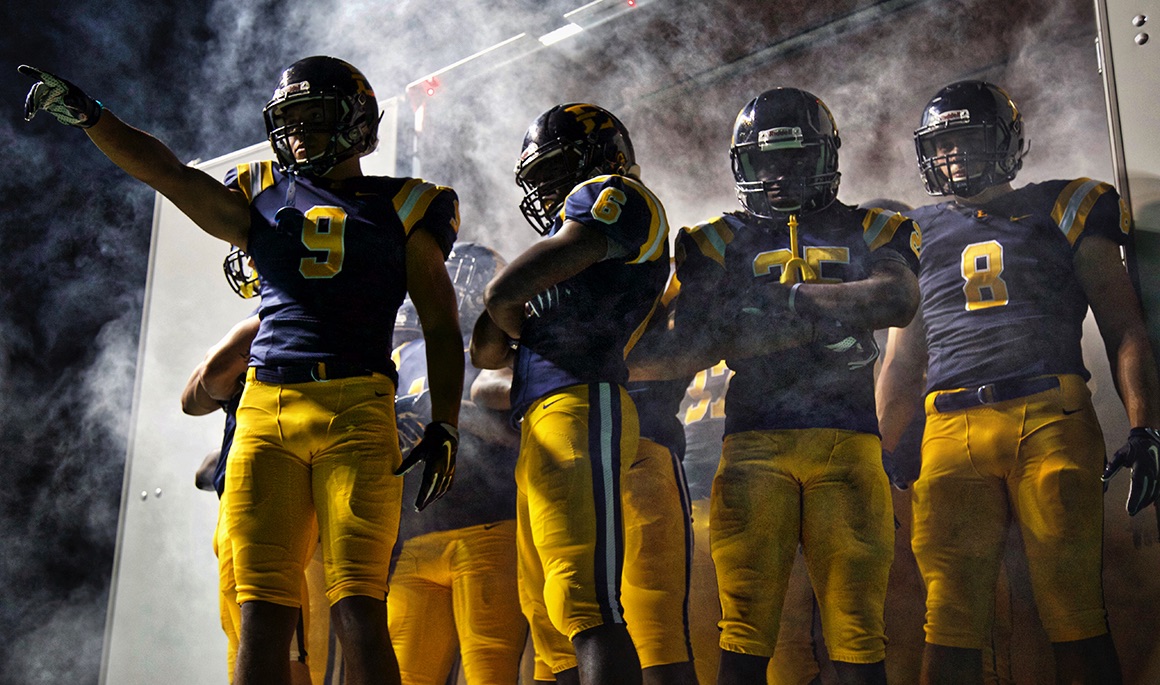 JOHNSON CITY, Tenn. (Aug. 14, 2015) – The ETSU football team made final preparations for Saturday night’s scrimmage by holding a walk-through Friday morning inside the Mini Dome. Following the prep work, the Buccaneers showcased their fresh Blue and Gold uniforms by holding Media Day during the afternoon session, which was also held inside the Dome.

The Bucs, who have practiced for nine consecutive days, will hold a live scrimmage Saturday night at Kermit Tipton Stadium. Kickoff is set for 8 p.m.

Following a week and a half of practice, the players will be given a chance to see what they can do in a game setting, while trying to secure a starting spot on the depth chart.

“We have some really good athletes on our roster and Saturday’s scrimmage will go a long way in determining who will play come September 3 against Kennesaw State,” said head coach Carl Torbush. “I know the guys are ready to turn loose and go full speed, so we will try to make it as game-like as we possibly can.”

When it came to Friday’s Media Day event, coach liked how the guys were able to interact with the members of the media and be themselves away from the gridiron. In addition to the team, group and individual photos, the Bucs also shot video for the upcoming season on their new ETSU football trailer.

“Today was a great time,” commented Torbush. “I think the players enjoyed it and had a good time with the event. Obviously, the team picture and group pictures take some time, but after that, the guys were able to relax and have fun.”

Following Saturday night’s scrimmage, ETSU will have its first off day on Sunday and return to action Monday afternoon at 3:30 p.m.

COACH TAYLOR AND COACH RADER TALK ABOUT COMING BACK TO ETSU