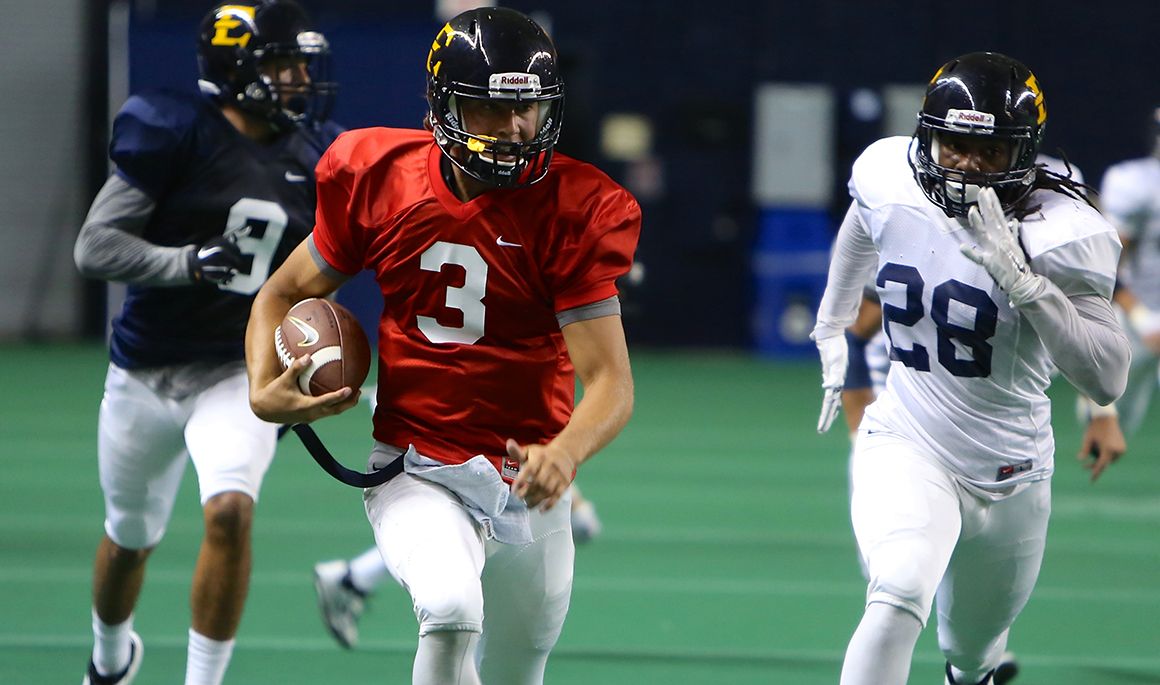 JOHNSON CITY, Tenn. (Aug. 15, 2015) – After arriving at Kermit Tipton Stadium and having gone through the majority of its pregame preparations, inclement weather forced the ETSU football team back into the familiar confines of the ETSU/MSHA Athletic Center for the Buccaneers’ planned scrimmage Saturday night.

Despite the quick logistical and site alternations, head coach Carl Torbush was pleased with his team’s play on both sides of the football. The Bucs, who have practiced for 10 consecutive days, will get their first day off since the start of preseason practice on Sunday.

“I thought going to Kermit Tipton and then getting sidetracked and ending up over here that we might have been sluggish – but we weren’t,” Torbush said. “We had a great crowd here tonight. I thought our players responded to that with some really good plays on both sides of the ball and some nice hitting. We gave their legs a break for the last 38 hours or so, and I think that was evident because we were moving really well.”

Sexton finished the night with a team-best 105 yards on 6-of-11 passing, while also leading the team with 50 yards rushing.

The Bucs, who open their season on Sept. 3 at Kermit Tipton Stadium against Kennesaw State, return to practice on Monday at 3:30 p.m.