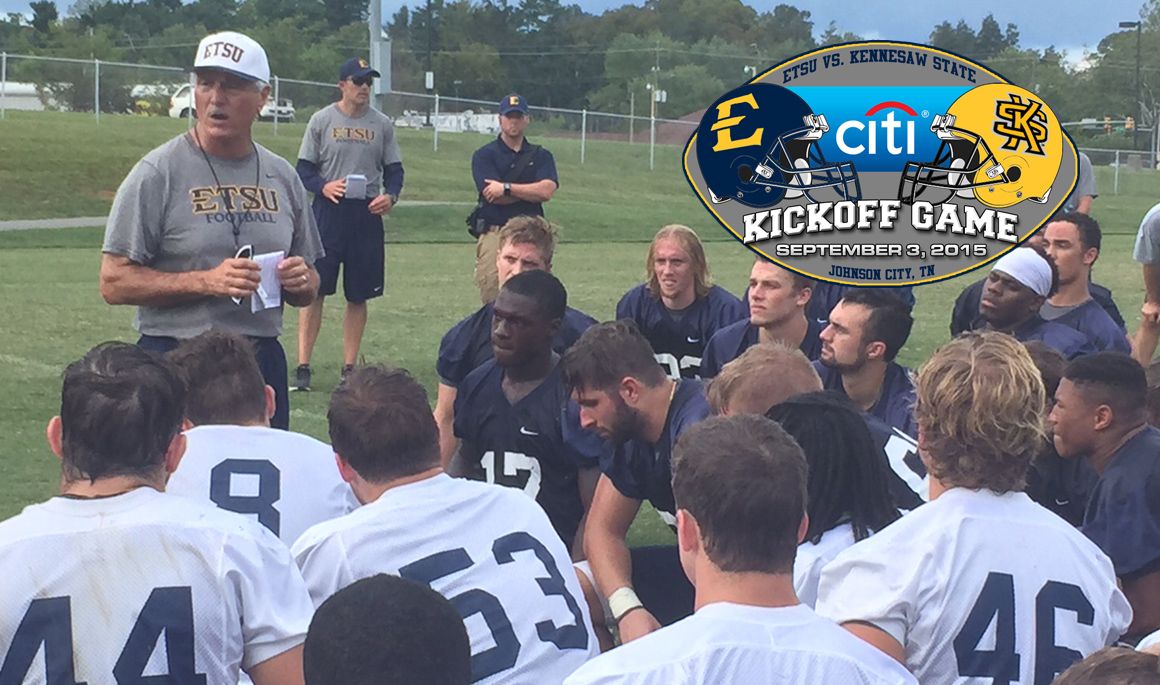 The ETSU football team went through its 12th practice session of the preseason on Tuesday.
Football Preseason Practice Notebook #12

JOHNSON CITY, Tenn. (Aug. 18, 2015) – The ETSU football team wrapped up its 12th preseason practice on Tuesday afternoon outside on the CPA practice fields.

The team went through an 18-period workout (five minutes per period) in helmets and shorts as the Buccaneers prepared for Wednesday’s closed scrimmage at Kermit Tipton Stadium.

Torbush said he was pleased with his team’s effort Tuesday after a sluggish practice on Monday.

Torbush said the scrimmage will be extremely important in terms of determining the depth chart. He also pointed out the importance of working on special teams and the kicking game during Wednesday’s workout.

“I’ve talked to them and have been as upfront and straightforward as I can be,” Torbush said. “I’ve told them we’re going to love them every day and try to make them the best player they can be, but after tomorrow night’s game we’re going to evaluate things and see where our first team is and where our second team is. It’s not based on talent or ability. It’s going to be based on production.”

Following Wednesday’s scrimmage, the Bucs will return to the practice field on the ETSU campus on Thursday at 3:30 p.m. The Bucs will play their first game on Sept. 3 at 7:30 p.m. against Kennesaw State at Kermit Tipton Stadium.