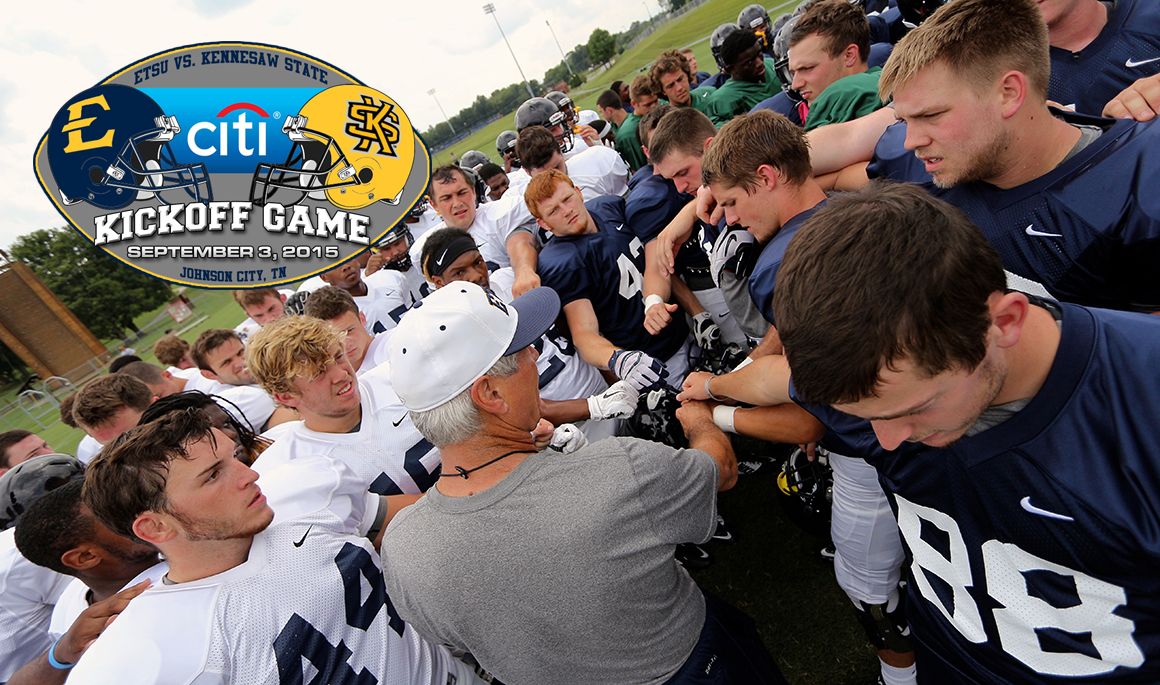 Coach Carl Torbush talks with the Buccaneers following practice on the practice fields near the CPA.
Football Preseason Practice Notebook #15

JOHNSON CITY, Tenn. (Aug. 22, 2015) – With only 12 days left until the season opener on Sept. 3 against Kennesaw State, the ETSU football team scrimmaged early Saturday morning on the practice fields near the CPA.

Head coach Carl Torbush said he left the scrimmage with some concerns about the overall effort of the team on both sides of the ball, but did see some quality individual play.

“I thought we were sluggish today and that kind of shocked me,” Torbush said. “We’ve been going really hard since the start of camp so that may have had something to do with it, but we need to get better before we kick this thing off against Kennesaw in two weeks.”

Wike finished the day with team-high four receptions for 130 yards, which included a 70-yard touchdown catch and run, as well with another highlight-reel catch for 27 yards that required a spinning, leaping effort to haul in the pass. Meanwhile, Wiegel continued to provide solid linebacker play with a team-best six tackles and several impressive hits.

“Hunter had several big plays out there and Dylan continues to play well defensively,” Torbush said.

As a team, the Bucs struggled in the special teams with a punt block and a pair of missed field goals from midrange. Torbush said this would be an area of focus for the next two weeks.

The Bucs will have the next two days off to prepare for the start of classes before returning Tuesday to begin preparations for the Kennesaw State game.