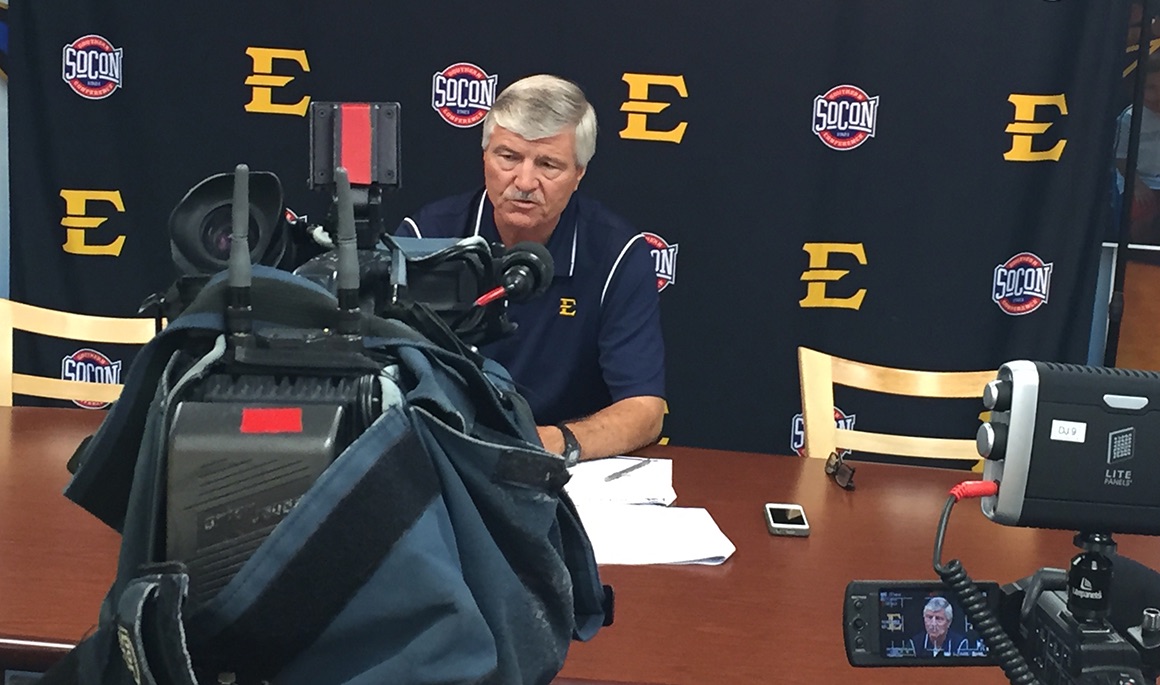 Below are comments by Coach Torbush, Herink and Weigel.

First of all it’s here. It’s been over 700 days since we started this process. For football to be back, I think it says a lot about where we are as a university, where we are as an athletic department and where we are as a brand new football team. It’s an exciting time right now. Obviously, the ball game this Thursday will be jam-packed. There has been a lot of excitement and enthusiasm building around this game. It’s intriguing and interesting that we open with Kennesaw State since they are also starting football. This game will give both teams the chance to evaluate where we are and where we need to go. I have tremendous respect for Kennesaw State’s coaching staff. I have known Coach Bohannon for several years. I had the chance to coach against him when he was at Georgia Tech and I was at Mississippi State and also at Kansas. We are young and the only way to get older is to mature/age and that’s what we plan on doing for the next few years. We’ve told the players that it’s really important that we don’t play the game on Wednesday or Wednesday night at the pep rally or the first quarter on Thursday. We need to make sure we put together four quarters of consistent offense, defense and special teams play. Playing the first game at ETSU or wherever else I have been, I believe the first game will be determined by which team makes the least mistakes. We feel very strongly offensively that if we can either get first downs, score or kick that we have a good chance to win. Defensively, we don’t want to give up big plays – especially early in the game – we want to make them drive the length of the field. If we are able to do that, then we will have a chance to be competitive going into the fourth quarter. That’s what we want to do. We want to make sure going late into the fourth quarter that we have a chance to win.

Everyone is excited to see football back. It’s great to see the community and campus support. It’s great for the program to know we have support from everyone.

Quarterback Austin Herink on having jitters

It’s just a game, but obviously, there is always going to be nervous energy, as most of us haven’t played since our senior year in high school. There will be nervous energy, but that’s what football is all about. If you don’t have butterflies something isn’t right.

Herink on extra excitement for wanting to get the first (Touchdown, first down, tackle, etc.)

We are just going to be focused on moving the football and putting points on the board. I’m sure 5-10 years from now, we’ll look back and think wow; I made the first tackle or scored that first point. That’s going to be really neat.