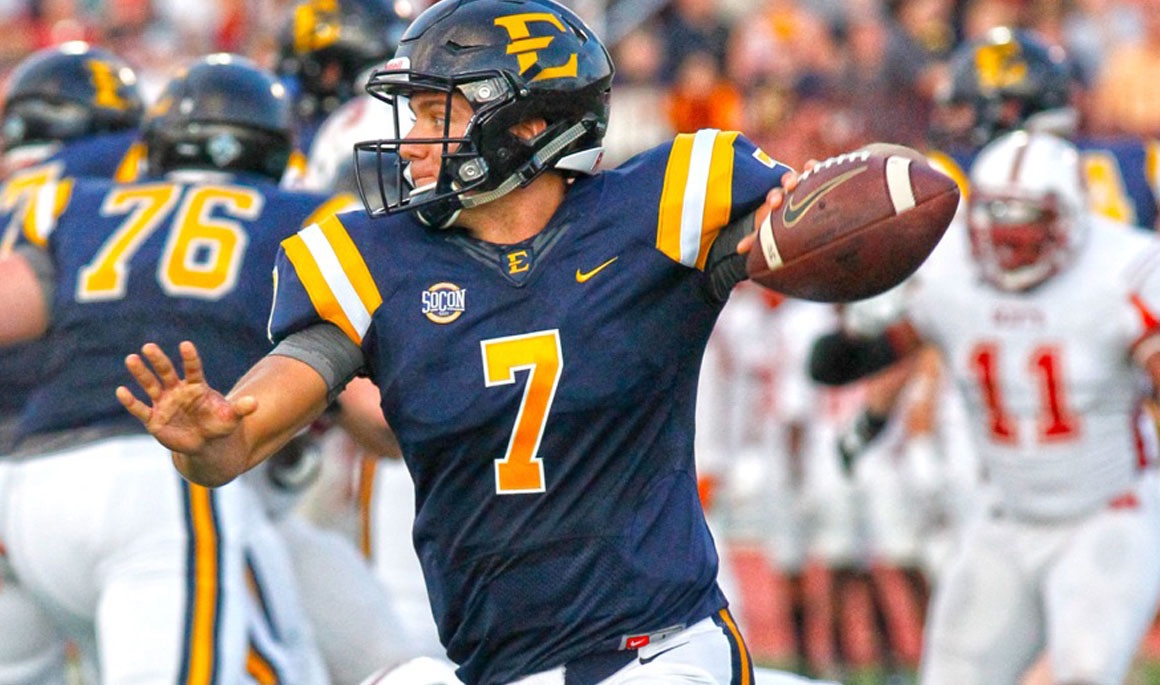 JOHNSON CITY, Tenn. (Sept. 11, 2015) – Following each game during the 2015 college football season, ETSU head coach Carl Torbush announces his Offensive, Defensive and Special Teams Player of the Game, along with the Effort Play of the Game.

Below are the week two recipients from Thursday’s Maryville game.

Effort Play of the Game

RECAP: The Buccaneer duo capped a 5-play, 71-yard scoring drive late in the first quarter … Austin Herink was being pulled to the ground by Maryville linebacker Ron McGriff, but the red-shirt freshman left-handed quarterback found Demetrius Anthony open in the back of the end zone … Anthony made an outstanding athletic play by leaping up and hauling in the catch for the touchdown putting the Blue and Gold ahead, 14-7, with 2:41 remaining in the first quarter.