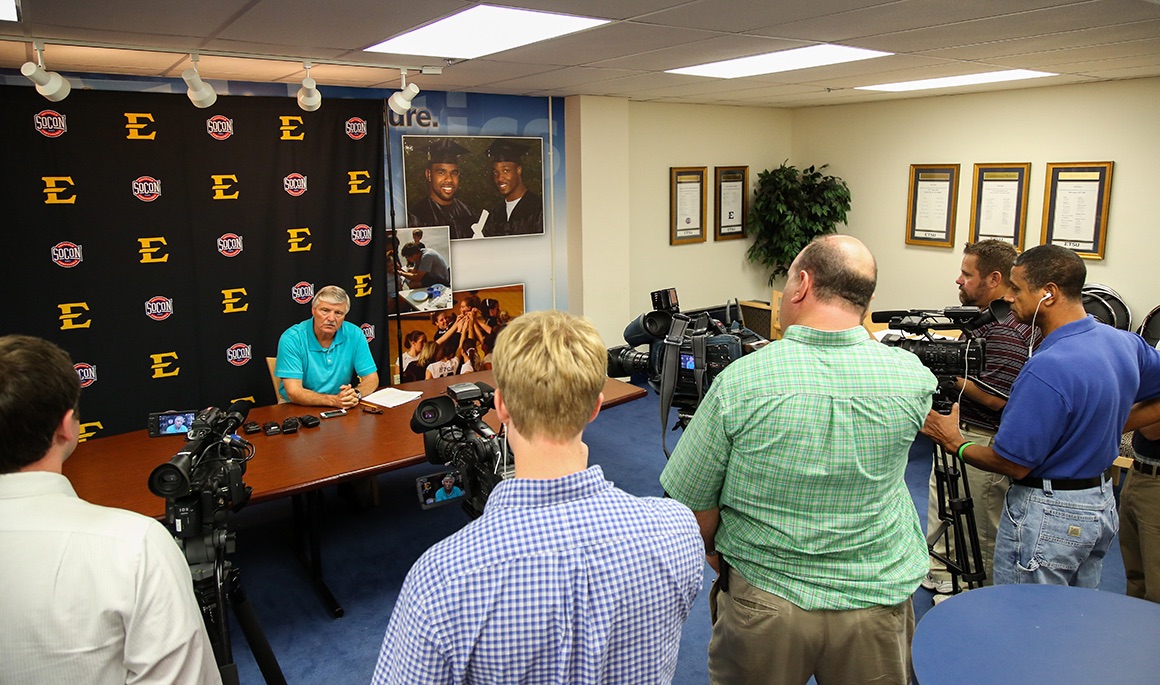 Below are comments by Coach Torbush, Brewer and Williams.

Charleston Southern is a well-coached team and has a lot of good players. I compliment Coach Chadwell on what he has done with the program. They are going to win a lot of ballgames.

We gave up 28 points on plays that shouldn’t have happened. We had a dropped punt lead to a score, threw two interceptions for touchdowns, and dropped a kickoff which also led to a touchdown. Those plays wouldn’t have changed the result, but we need to cut down on those mistakes so we can give our team a chance to win in the fourth quarter.

We need to put together four quarters of solid football. We have put together a few good series and quarters, but as we have seen, that’s not good enough to win games. I feel like our guys have competed in each of these first three games and we are getting better each week.

Charleston Southern was a good test for us. We were able to see what we are going to be playing against the remainder of this season and as we play our SoCon schedule next year.

On preparing for Emory & Henry

We gave the guys two days off and the break was good for them. We will get back to work today and prepare for Emory & Henry. I think all of us understand the importance of Homecoming. Hopefully everyone is excited to come back to campus and celebrate since this will be our first homecoming built around football in over 12 years.

Emory & Henry played Maryville this past weekend and they got after it. Emory & Henry has a solid football team and they return a lot of key players from last year’s team that won a conference championship. We will have our hands full against them, but we need to be more concerned about us and focusing on the things we can control. We had our three weeks of getting playing experience and battle scars, but youth isn’t an excuse anymore. This is a great opportunity to get better and perform to the best of our ability. Things will take care of themselves if we do that. The team who is most prepared and plays to the best of their ability will win the game.

Having a common opponent with both teams playing Maryville

Since both of us played Maryville, it will give us the opportunity to compare the matchups. I feel like Emory & Henry will look at us like Maryville did. They will be excited to come in here and win the game, but we have to worry about us. We need to correct our mistakes and turnovers. We can’t get behind by 30 points and play catch up. We are built around playing even and having a chance to win going into the fourth quarter. If we can do that, we will win some games.

This is an exciting week because there are so many activities going on. We have to make sure it doesn’t take away from our preparation and we stay focused on playing a football game on Saturday. I’ve been on both sides when it comes to winning and losing a Homecoming game, and the atmosphere is a lot better when you win these games. We understand that and it will be our main goal as we head into game week.

This is exciting to have football and homecoming back after 12 years. There will be a good atmosphere inside the stadium and we look forward to having the fans supporting us.

On playing a Saturday afternoon game

This will be another new thing for the team. A lot of us never played on Saturdays in high school, but we are focused on going out there and playing the game. Having this be our Homecoming game makes it even more special.

Both teams are solid programs and want to win as much as we do. We have to focus on getting better this week in practice and show up ready to play on game day.

On his kickoff returns

I can see holes opening up. Every day in practice we go over kickoff return schemes, and like coach (Torbush) said, we are one block away from a returning one for a touchdown. I have the easiest job when it comes to returning kicks. All the credit goes to my teammates who are blocking and opening up holes for me.

Making big plays on special teams are game changers. We are hoping we can find a hole to get to the second level. If we can do that, something big will happen.

I am really excited to play on Saturday. When I went on my college visits, the games were on Saturday and the atmosphere was exciting. I’m definitely looking forward to it.