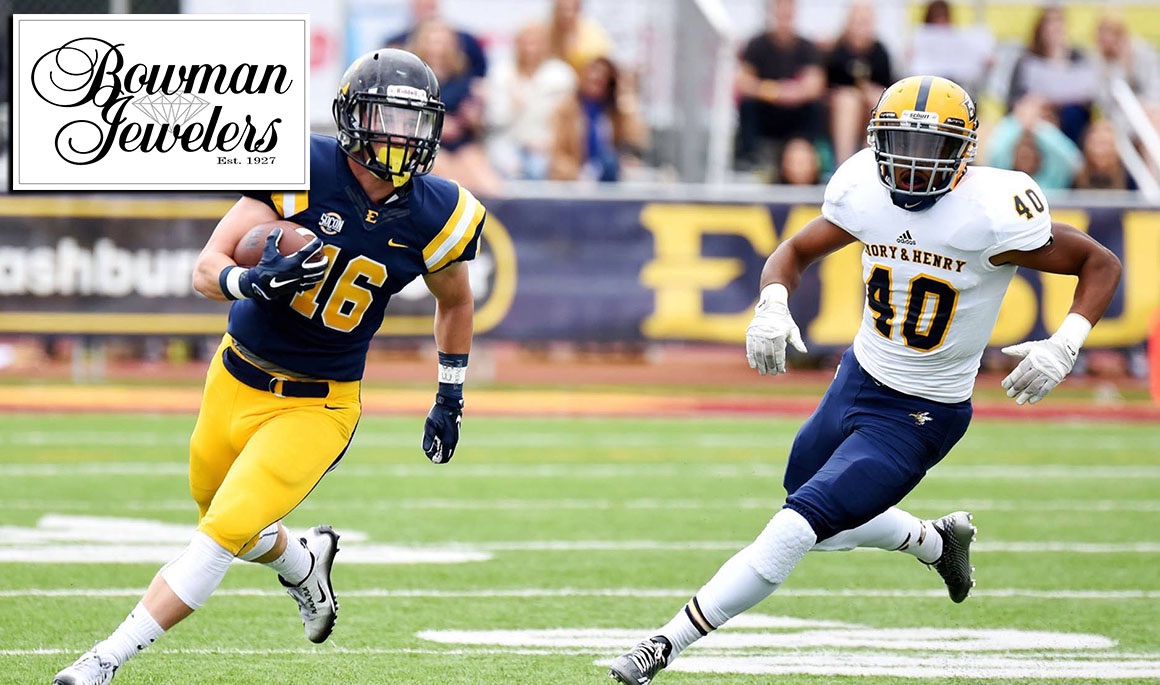 Football releases its Bowman Jewelers Player of the Game awards

JOHNSON CITY, Tenn. (Sept. 27, 2015) – Following each game during the 2015 college football season, ETSU head coach Carl Torbush announces his Bowman Jewelers Offensive, Defensive and Special Teams Player of the Game, along with the Effort Play of the Game and the “Look Team” Players of the Week.

Below are the recipients from Emory & Henry game.

Effort Play of the Game

Freshman defensive lineman Chris Bouyer (Rock Hill, S.C.) made an exceptional play to tackle Emory & Henry running back Chris Thompson on a third down screen play to stop the drive and force the Wasps to punt.

This week Coach Torbush and the Buccaneer coaching staff recognized Jason Maduafokwa (Seymour, Tenn.) and Artevius Smith (Birmingham, Ala.) as the “Look Team Players of the Week.” Maduafokwa is a 6-foot-3 freshman linebacker and Smith is a 5-foot-10 freshman running back.

Played four seasons at The King’s Academy … Was an all-conference and all-state selection his senior season, rushing for over 500 yards, while also collecting 75 tackles on the year … Set a single-season rushing record with 1,035 yards during his junior season … Finished his career with over 1,700 yards rushing and over 100 solo tackles.

Multi-sport athlete as he lettered in football and track at Clay-Chalkville High School ... Primarily a cornerback for the Cougars; Recorded 706 rushing yards and nine touchdowns in only four games as the starting running back for Clay-Chalkville ... Helped guide Clay-Chalkville to the 2014 6A State Championship; Cougars finished with a perfect 15-0 record ... Named Fox 6 Sideline Player of the Week and Blitz Player of the Week ... Two-time first team all-state performer in track (long/triple jump).