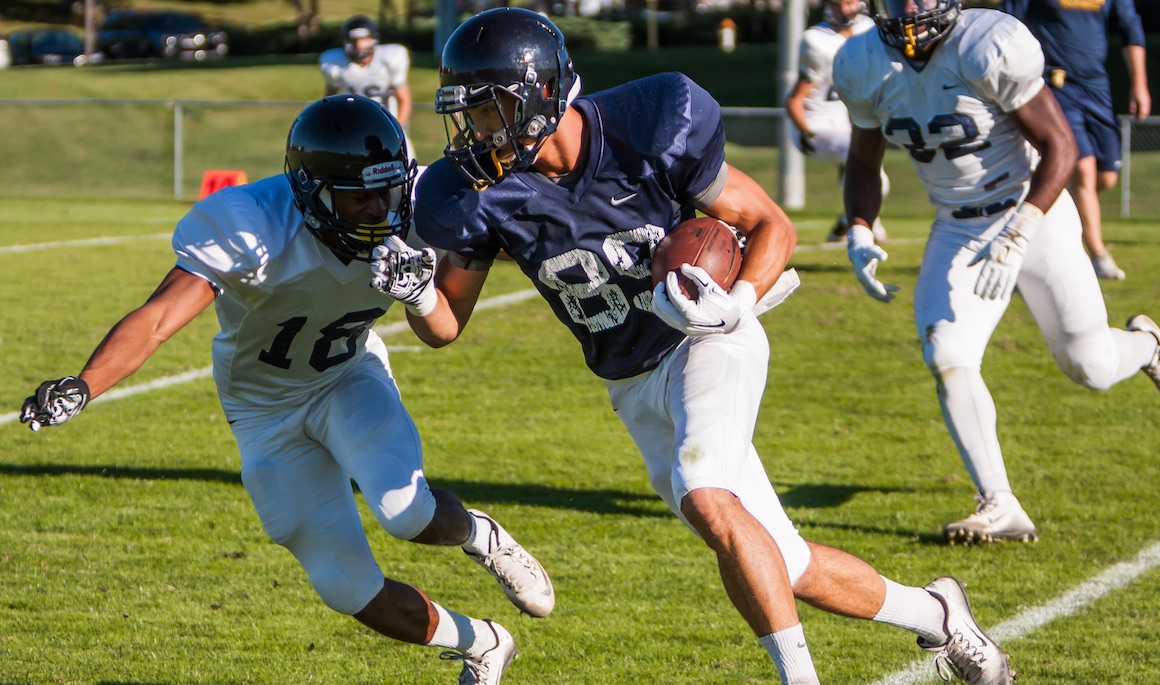 JOHNSON CITY, Tenn. (Oct. 8, 2015) – Following Wednesday’s practice, the ETSU football coaching staff was able to get a look at the Scout Team (players who are being red-shirted this season) as they held a 50-60-play scrimmage outside on the CPA practice fields.

Wieger found freshman wide receiver Jack Shoulders (Nashville, Tenn.) for a pair of touchdown passes (60 yards and 28 yards), and the Kingsport, Tenn. native also connected on a 22-yard score to freshman Anthony Spagnoletti (Bealeton, Va.) on the second drive of the game.

Shoulders recorded five receptions for 159 yards and two touchdowns, and Spagnoletti ended with three catches for 36 yards and one score.

Defensive lineman Nasir Player (Columbia, S.C.) and linebacker Jason Maduafokwa (Seymour, Tenn.) led the defense with five tackles each (both had a tackle for loss)

The Bucs wrap up practice for the week on Thursday and return to the field on Monday to gear up for their road game at Mercer on Saturday, Oct. 17.