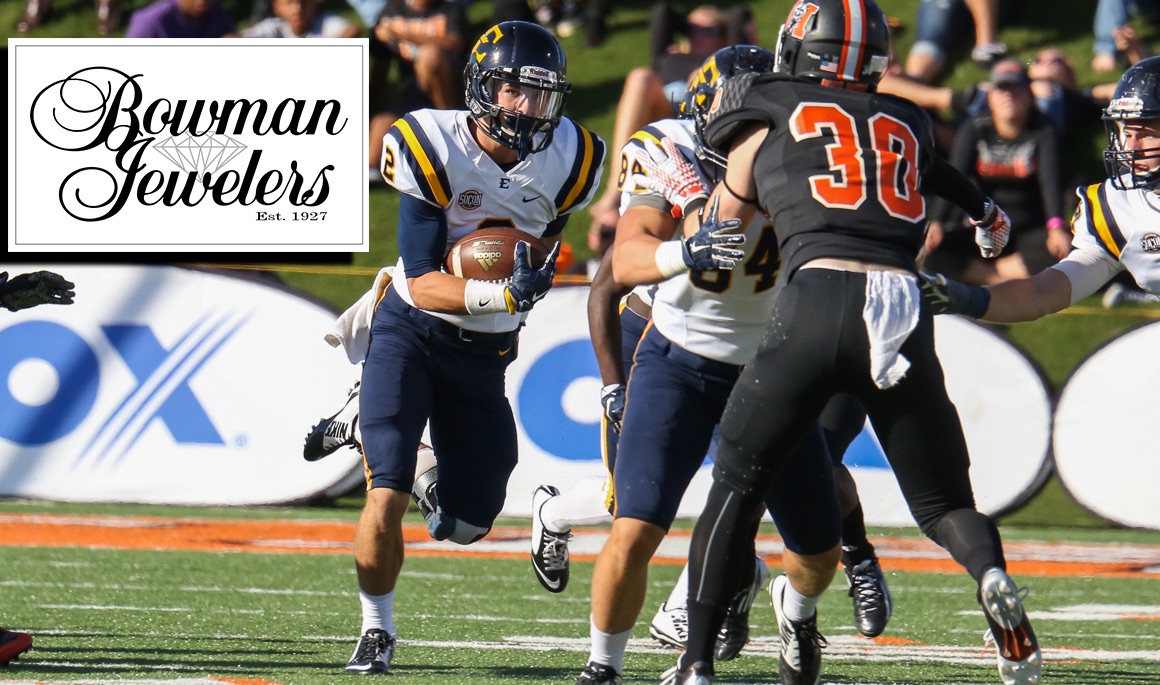 JOHNSON CITY, Tenn. (Oct. 18, 2015) – Following each game during the 2015 college football season, ETSU head coach Carl Torbush announces his Bowman Jewelers Offensive, Defensive and Special Teams Player of the Game, along with the Effort Play of the Game and the “Look Team” Players of the Week.

Below are the recipients from the Mercer game.

Multi-sport athlete (football and track & fielda) at Liberty High School … Was an all-district and all-conference pick during his prep football career, while also earning all-state honors in track … Averaged 24 yards per reception and averaged a touchdown every 3.1 receptions … Was selected to multiple All-Star games including the North vs. South All-Star Game, the Texas vs. The World All-Star Game, and the VHSCA East vs. West All-Star Game … Runs a 4.4-second 40-yard dash … Four-time all-state pick in track, earning gold and silver medals at the US Nationals and at the USATF Junior Olympics.

Lettered in football for four seasons at Hendersonville High School … Was a first-team all-county and all-district pick as a junior, and earned offensive line MVP honors … Earned those same honors again as a senior, but added an a all-state selection to the list, while also competing in the East/West All-Star Game.