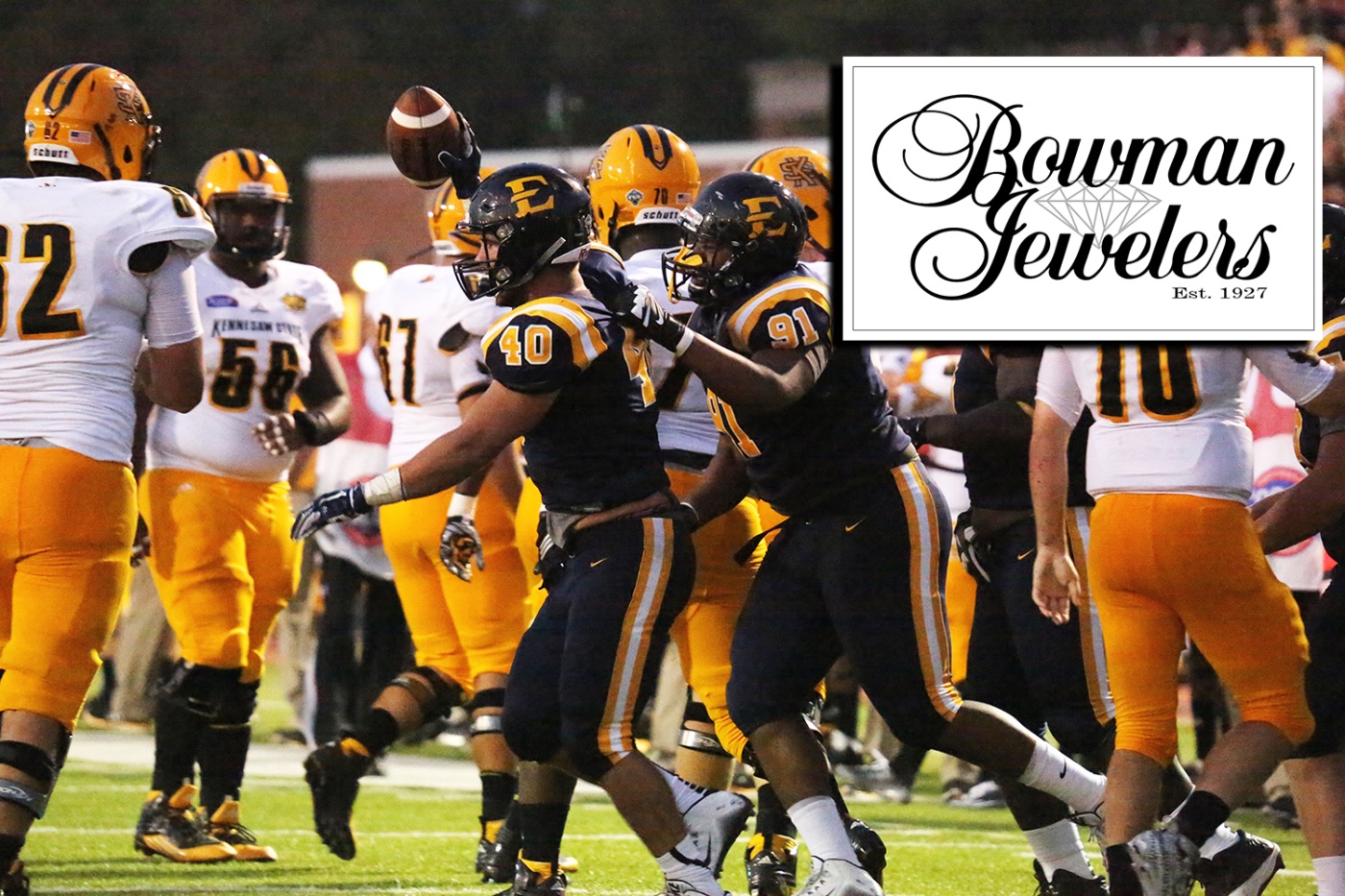 JOHNSON CITY, Tenn. (Oct. 25, 2015) – Following each game during the 2015 college football season, ETSU head coach Carl Torbush announces his Bowman Jewelers Offensive, Defensive and Special Teams Player of the Game, along with the Effort Play of the Game and the “Look Team” Players of the Week.

Below are the recipients from the Montana State game.

This week Coach Torbush and the Buccaneer coaching staff recognized Jack Shoulders (Nashville, Tenn.) and Taylor Dollar (Morristown, Tenn.) as the “Look Team Players of the Week.” Shoulders is a 6-foot, 184-pound freshman wide receiver and Dollar is a 6-foot-2, 256-pound freshman linebacker.

Lettered four years at Morristown West High School … Was a first team all-state, all-Lakeway and all-district selection as a senior, while also earning all-conference and all-Lakeway honors as a junior … Participated in the East/West All-Star Game … Collected 56 tackles with 14.5 tackles for loss and 4.5 sacks his senior year … Had over 100 tackles in his career at Morristown West.

The Bucs return to action this Saturday when ETSU hosts Warner at 1 p.m., at Kermit Tipton Stadium.