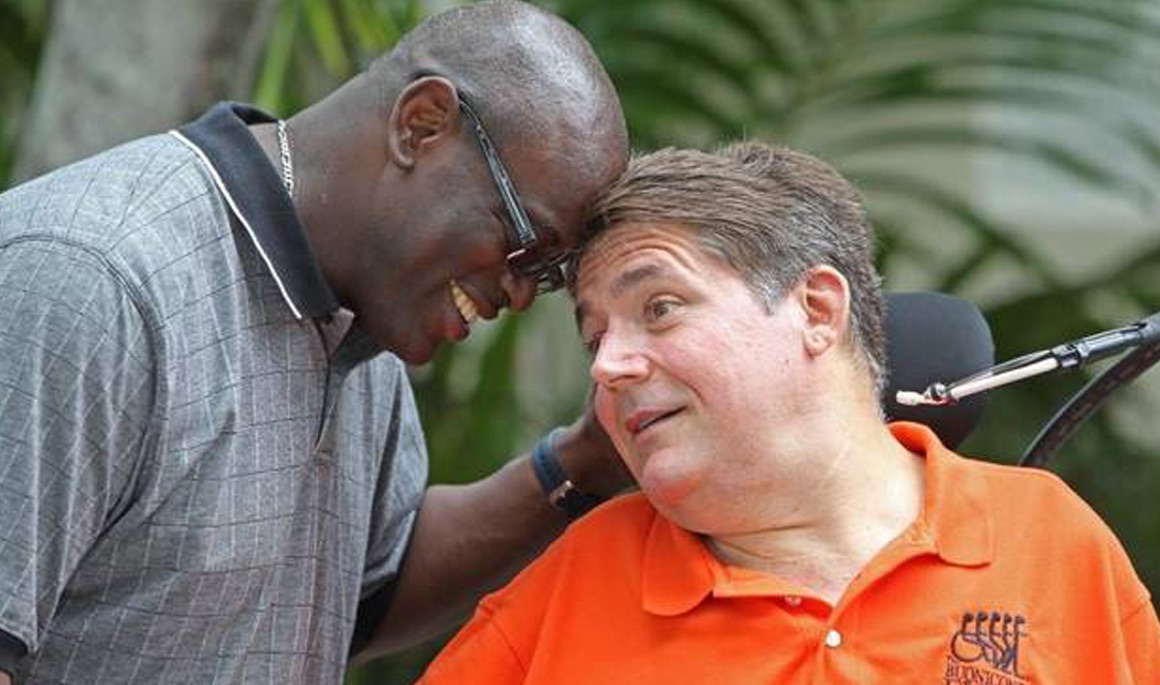 One yard, one crumb of a yard was all that was at stake in the opening minutes of a football game on an autumn Saturday. Running back Herman Jacobs of East Tennessee State wanted to obtain it. Linebacker Marc Buoniconti of the Citadel wanted to stop him.

Two players with little in common except their passion for football intersected. Buoniconti’s neck was dislocated. Jacob’s heart was broken.

Both were paralyzed by their violent collision, although the toll took different forms. Buoniconti left the stadium in an ambulance and a doctor confirmed what Buoniconti knew as he lay numb on the field after the tackle: He was a quadriplegic. Jacobs finished the game and the season, but something disconnected inside him.

Buoniconti was confined to a wheelchair, walking only in his dreams. Jacobs was shackled by guilt, sleepwalking through life.

Thirty years later, Buoniconti and Jacobs recall the third-down play from Oct. 26, 1985, in crystalline detail. Ultimately, it made them best friends.