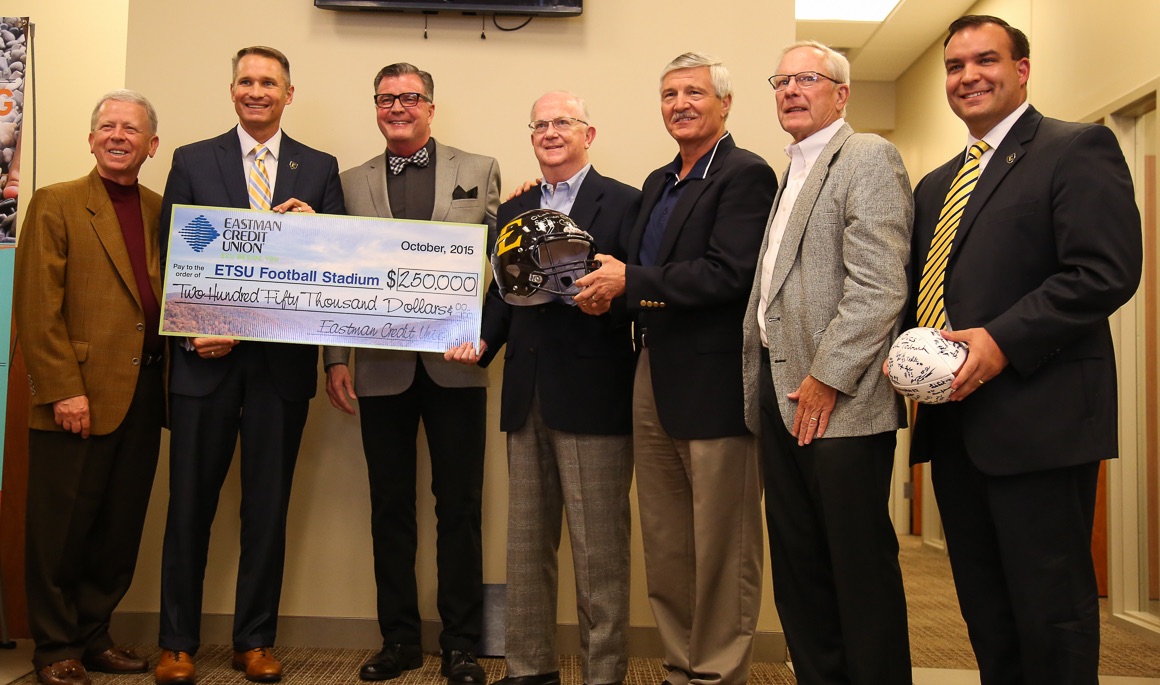 “We are honored to be part of the future of Buccaneer football, but most of all, we are honored to partner with ETSU on programs that fuel opportunity and growth in this region and that continually make Northeast Tennessee an even better place to live and raise a family,” said Olan O. Jones, CEO and president of ECU.

This isn’t the first donation of its kind that ECU has made to ETSU. Most recently ECU pledged $250,000 to the Performing Arts Center Initiative, and in the past, ECU has been a contributor to the Gatton College of Pharmacy and the Gray Fossil Site.

ETSU Director of Intercollegiate Athletics Dr. Richard Sander said ECU’s support is crucial to the success of building a first-class stadium for the program’s football team.

“The partnership between Eastman Credit Union and ETSU exemplifies ECU’s commitment to the future of Northeast Tennessee and Southwest Virginia. By supporting opportunities like the football program, the performing arts center, and the pharmacy school, we’re really stating our desire for continued growth in this region. We live in one of the greatest places, in my opinion, and the strides being made by ETSU are only making it better,” said Jones.

ECU is the largest credit union in the state of Tennessee and one of the largest credit unions in the country with more than $3.2 billion in assets. ECU is a not-for-profit, financial services cooperative serving more than 160,000 members at 24 branches. Credit Union members have access to more than 55,000 free ATMs nationwide and a wide range of financial services, including free checking and free online banking.