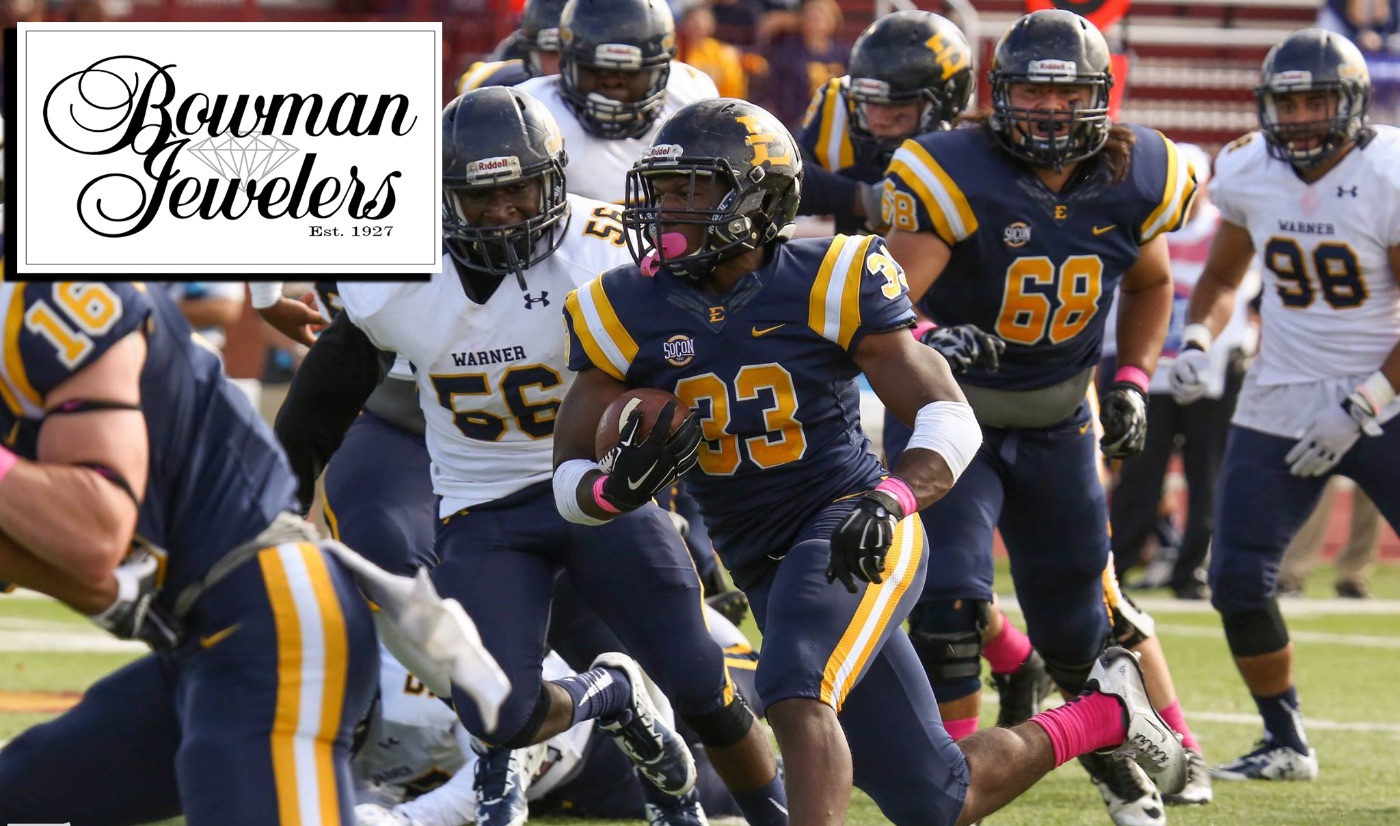 JOHNSON CITY, Tenn. (Nov. 1, 2015) – Following each game during the 2015 college football season, ETSU head coach Carl Torbush announces his Bowman Jewelers Offensive, Defensive and Special Teams Players of the Game, along with the Effort Play of the Game and the “Look Team” Players of the Week.

Below are the recipients from the Warner game.

EFFORT PLAY(S) OF THE GAME

Freshman defensive lineman Chris Bouyer (Rock Hill, S.C.) freshman linebacker Dylan Weigel (Pickerington, Ohio) earned co-Player of the Game honors. Bouyer had two plays where he covered over 10 yards to chase down Traven Phillips in the first quarter and Malik Atkins in the fourth quarter. Weigel’s effort was a tackle on Warner quarterback DJ Davis on a sneak where the Royals then threw the ball deep.

A two-sport standout in football and basketball at Sullivan South High School … Selected to the Class 4A all-state team and was named conference player of the year as both a junior and senior … Named MVP of the Tennessee/Kentucky Border Bowl Game … For his career, he finished with 5,100 passing yards and threw for 64 touchdowns, along with 1,794 rushing yards and 26 rushing touchdowns … Finished with school records for TD passes in a game (6), in a season (34), career (66), touchdowns accounted for in a season (48) and career passing yards (5,100) … Played for high school coach and ETSU letterman Sam Haynie.

Played his senior season at Alpharetta High School … Helped lead his team to a school record for wins and posted the school’s best record ever … The team made its furthest advancement in the playoffs in school history … Had 30 solo tackles, three sacks and eight tackles for loss as a senior.

The Bucs return to action this Saturday when ETSU travels to Pennsylvania to take on Robert Morris. Kickoff is set for noon at Joe Walton Stadium.