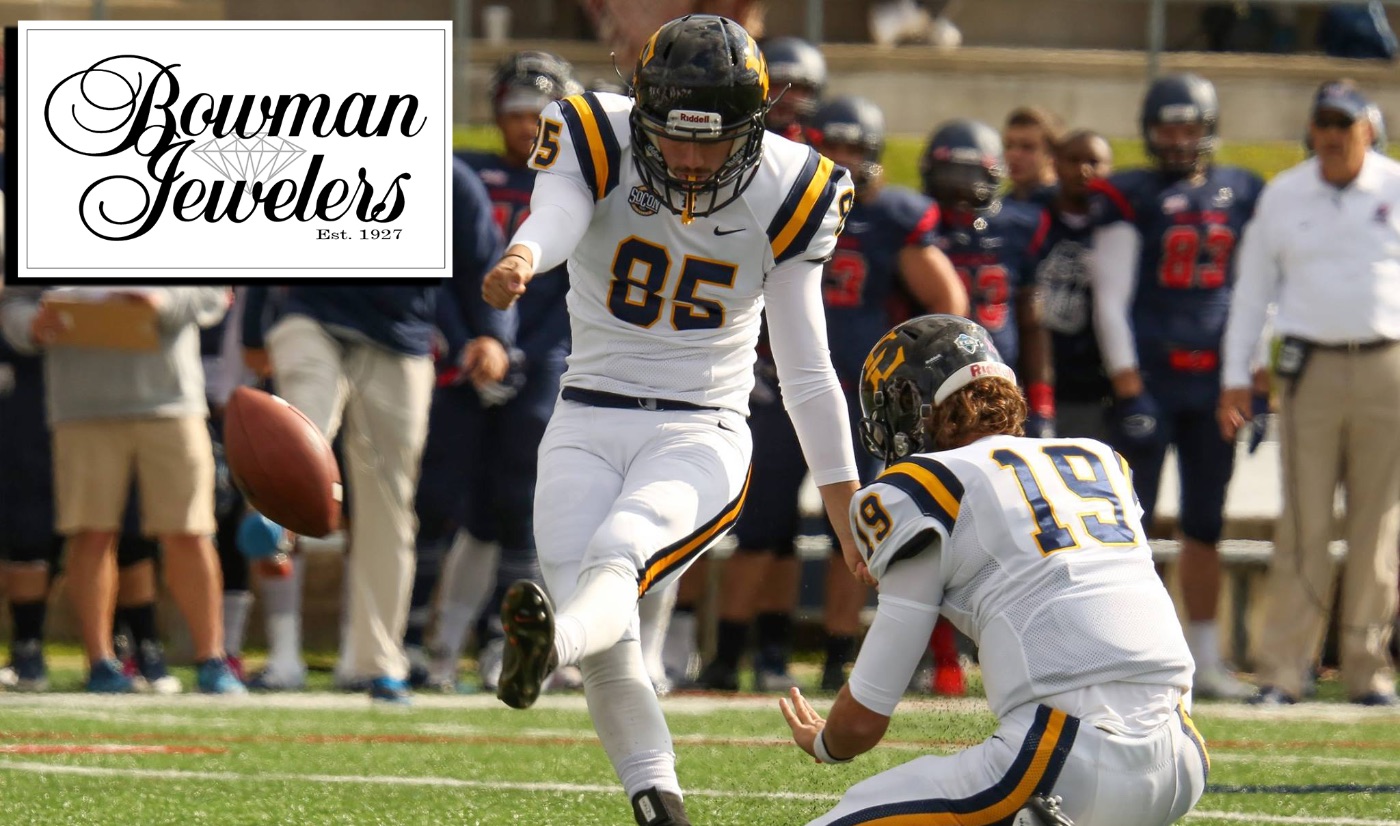 JOHNSON CITY, Tenn. (Nov. 8, 2015) – Following each game during the 2015 college football season, ETSU head coach Carl Torbush announces his Bowman Jewelers Offensive, Defensive and Special Teams Players of the Game, along with the Effort Play of the Game and the “Look Team” Players of the Week.

Below are the recipients from the Robert Morris game.

Freshman wide receiver Justin Gilliam (Jonesville, Va.) earned the Effort Play of the Game honor. Gilliam provided a spark on special teams as he blocked Connor Shennan’s punt early in the third quarter, leading to an ETSU scoring drive. Gilliam, who recorded the Bucs’ first blocked punt of the season, gave the offense a 1st-and-10 at the Robert Morris 33, which later set up a 29-yard field goal to put ETSU back ahead, 9-7. Gilliam also recorded a tackle on special teams.

This week Coach Torbush and the Buccaneer coaching staff recognized Myles Smith (Chattanooga, Tenn.) and Andrew Heyward (Powder Springs, Ga.) as the “Look Team Players of the Week.” Smith is a 6-foot-5, 285-pound freshman offensive lineman and Heyward is a 5-foot-10, 160-pound freshman defensive back.

A four-year letterwinner in football at Red Bank High School, while also competing in track and field and baseball … Two-time all-state and all-district selection … Earned “Best of Preps” honors on the offensive side of the ball … Attended the U.S. Army National Combine Rivals camp … Graded out at 89 percent and had 50 pancake blocks during his senior season.

Competed in both football and track at McEachern High School … Was selected Offensive Player of the Week during his senior season … Played in the Senior Bowl Cobb County ... Was an outstanding track athlete, running a 47.0 in the 400 meters.

The Bucs wrap up the road portion of their season this Saturday when ETSU travels to Boiling Springs, N.C., to take on Gardner-Webb. Kickoff is set for 1:30 p.m., at Spangler Stadium.