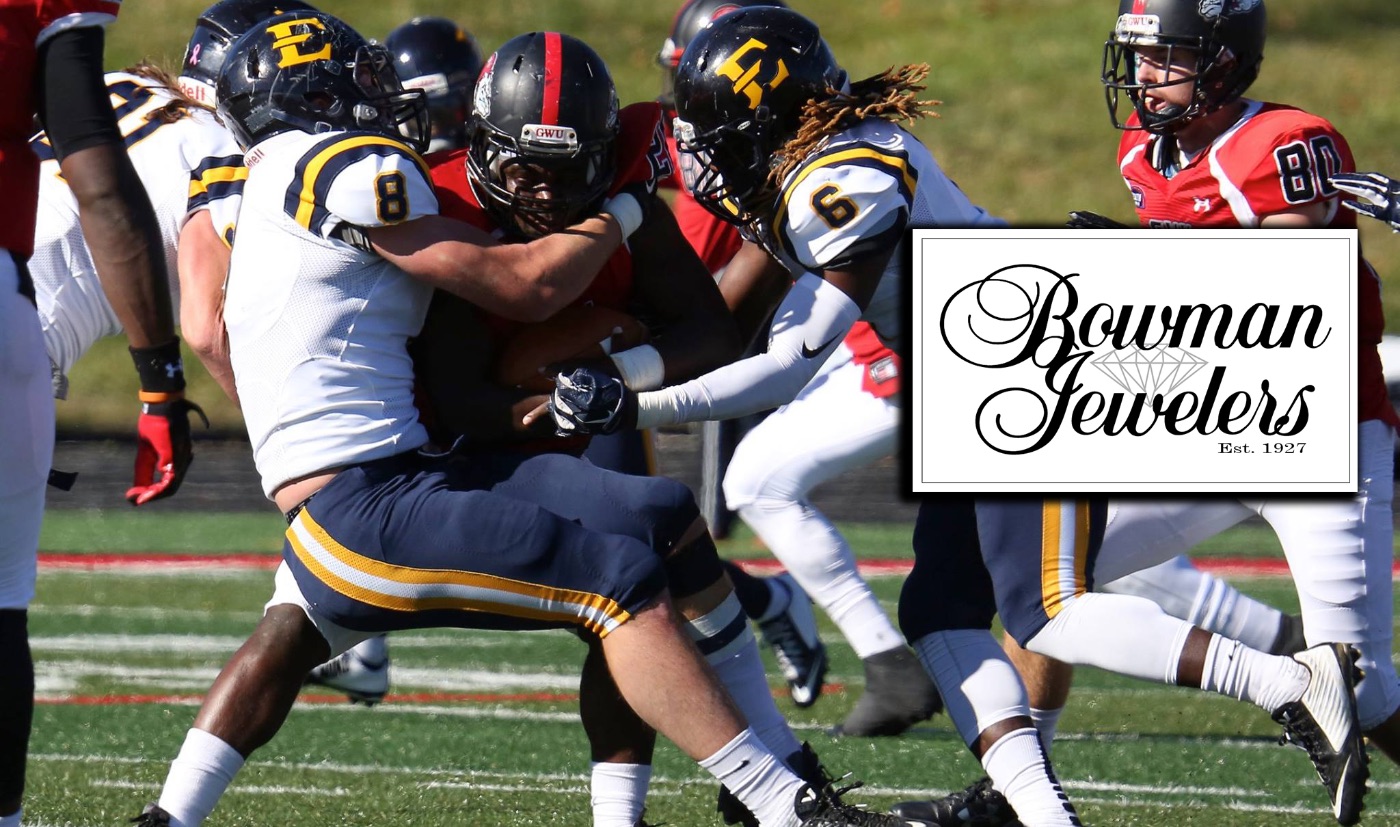 River Boruff (No. 8) had a season-high 18 tackles on Saturday at Gardner-Webb.
Football releases Bowman Jewelers Player of the Game awards

JOHNSON CITY, Tenn. (Nov. 15, 2015) – Following each game during the 2015 college football season, ETSU head coach Carl Torbush announces his Bowman Jewelers Offensive, Defensive and Special Teams Players of the Game, along with the Effort Play of the Game and the “Look Team” Players of the Week.

Below are the recipients from the Gardner-Webb game.

Red-shirt freshman safety Tony Welch (Pickerington, Ohio) earned the Effort Play of the Game honor. Welch chased down a bubble screen from quarterback Tyrell Maxwell to Adonus Lee that went for over 40 yards in the second quarter.

This week Coach Torbush and the Buccaneer coaching staff recognized Matt Fox (Clinton, Tenn.) and Nasir Player (Columbia, S.C.) as the “Look Team Players of the Week.” Fox is a 5-foot-10, 195-pound freshman running back and Player is a 6-foot-5, 241-pound freshman defensive lineman.

The Bucs conclude the 2015 season next Saturday when ETSU hosts Kentucky Wesleyan. Kickoff is set for 1 p.m., at Kermit Tipton Stadium.