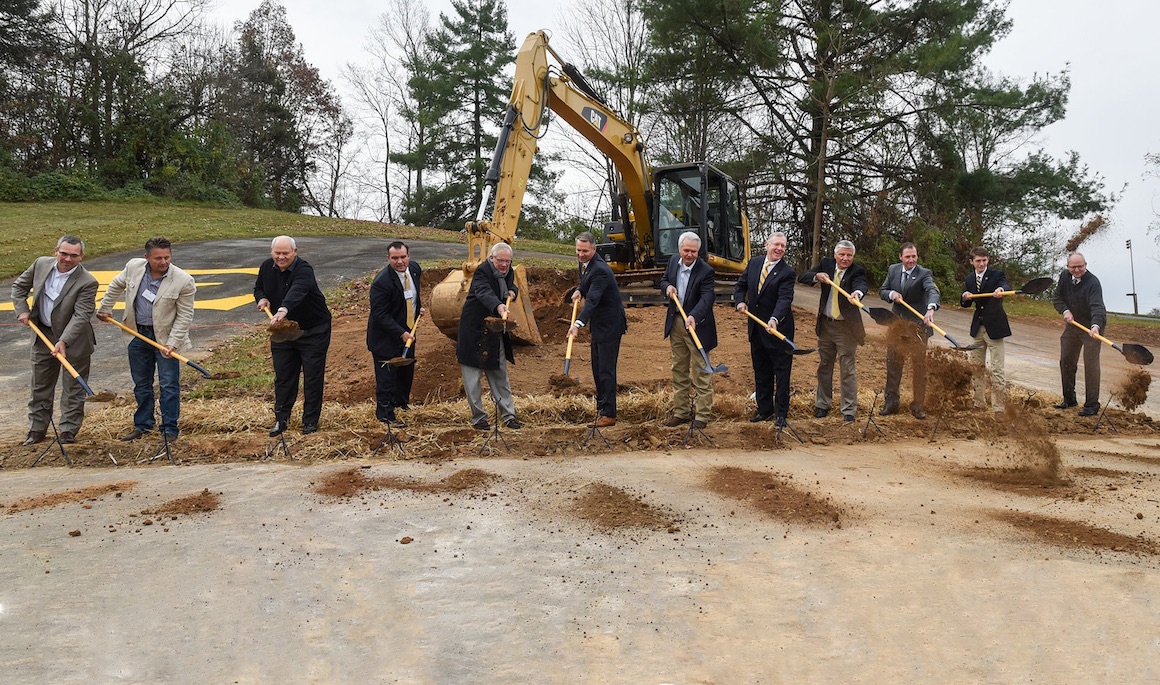 JOHNSON CITY, Tenn. (Nov. 16, 2015) – In a historic groundbreaking ceremony, the ETSU Department of Intercollegiate Athletics marked the official start of construction on the Buccaneers’ new football stadium Monday afternoon on the site of the new facility.

Joined by dignitaries from the university, state and city government officials, and donors who have given to the stadium project, the campus community gathered to take part in the proceedings in the parking lot located just southwest of the Center for Physical Activity.

“This is an exciting day for everyone that loves ETSU,” said ETSU Director of Intercollegiate Athletics Dr. Richard Sander. “There’s been a great deal of support from our students and the community to make this stadium a reality, and we are glad to be starting today on this Phase I portion of the project. We still have more capital funds to raise toward the completion of the entire plan, but today is a major step for all of us.”

Grading and site preparations will begin immediately, as plans call for Phase I of the project to be completed and the Bucs to play football on campus in the fall of 2017.