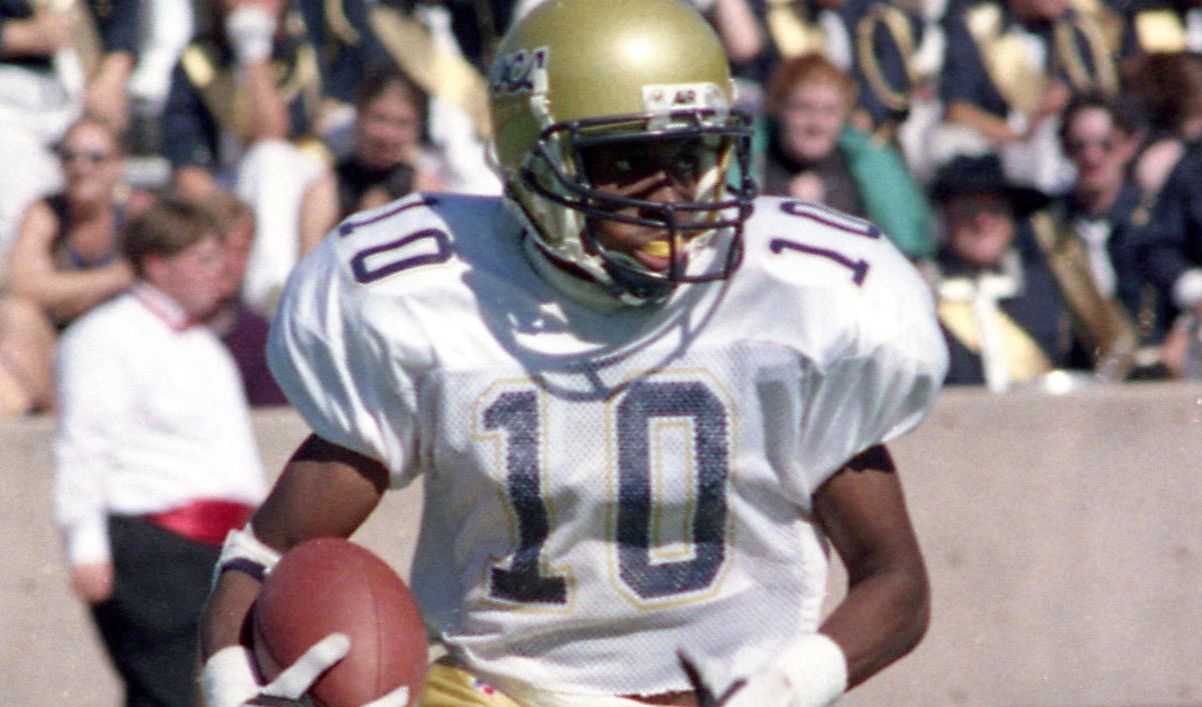 Wide receiver B.J. Adigun was one of the most prolific players for the Bucs' standout teams in the mid 1990s.
2016 Hall of Fame Class: B.J. Adigun

Editor's note: The following Johnson City Press story is the third in a series of eight daily features profiling the 2016 ETSU Athletics Hall of Fame class, leading up to the induction ceremony Saturday, Jan. 23 at the Carnegie Hotel. The event will begin at 6 p.m., and tickets may be purchased by calling 423-439-8398. ETSUBucs.com is providing an excerpt from each day's story courtesy of the Johnson City Press.

For Adigun, it’s only fitting that he would be going into the ETSU Athletics Hall of Fame the same time as Ryan.

“When I first got the call that I was going in, I was very honored,” Adigun said. “Then to hear that Greg was also going in, it made it very, very special. As much time as I spent with him, for us to be going in together, that’s really special.”

It was another quarterback, Todd Wells, with whom Adigun would team for an unforgettable senior season in 1997.