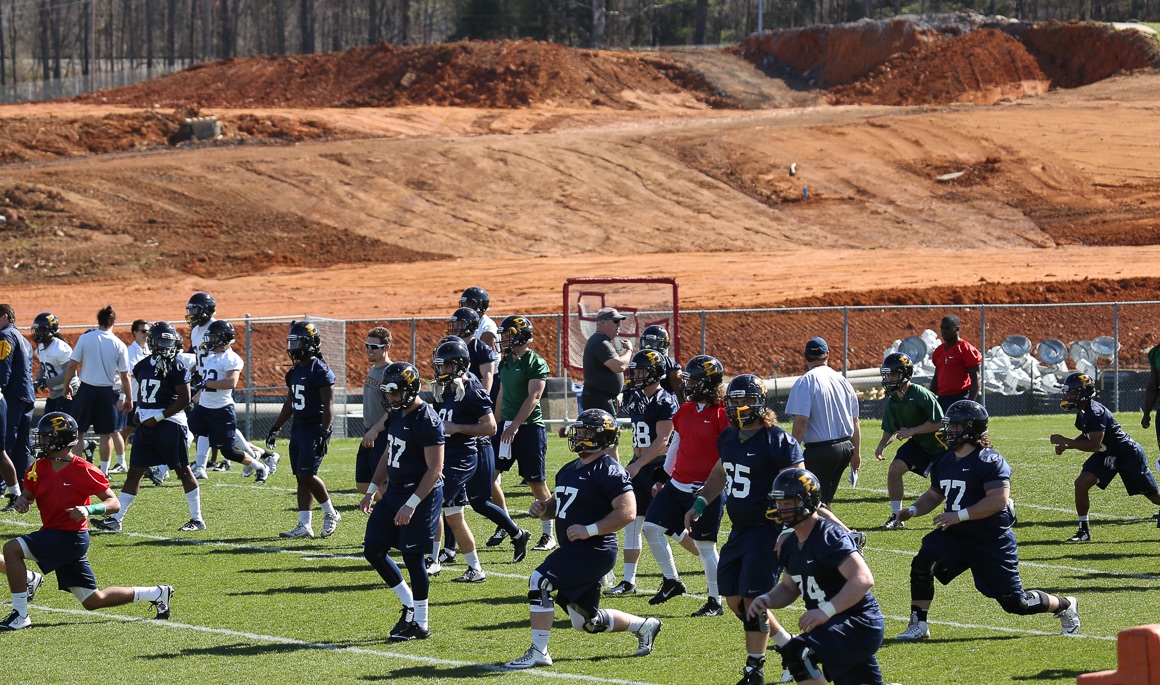 Football wraps up day one of spring practice

The Bucs held a two-hour, 24-period practice in shorts outside on the practice fields adjacent the CPA. Tuesday marked the first of 15 spring practices, which includes two scrimmages and the finale with the MSHA Spring Game on Saturday, April 9.

Please note, practices and scrimmages are open to the general public

INSIDE LOOK AT SOCIAL MEDIA

For updates on the ETSU Football Stadium, please click here.