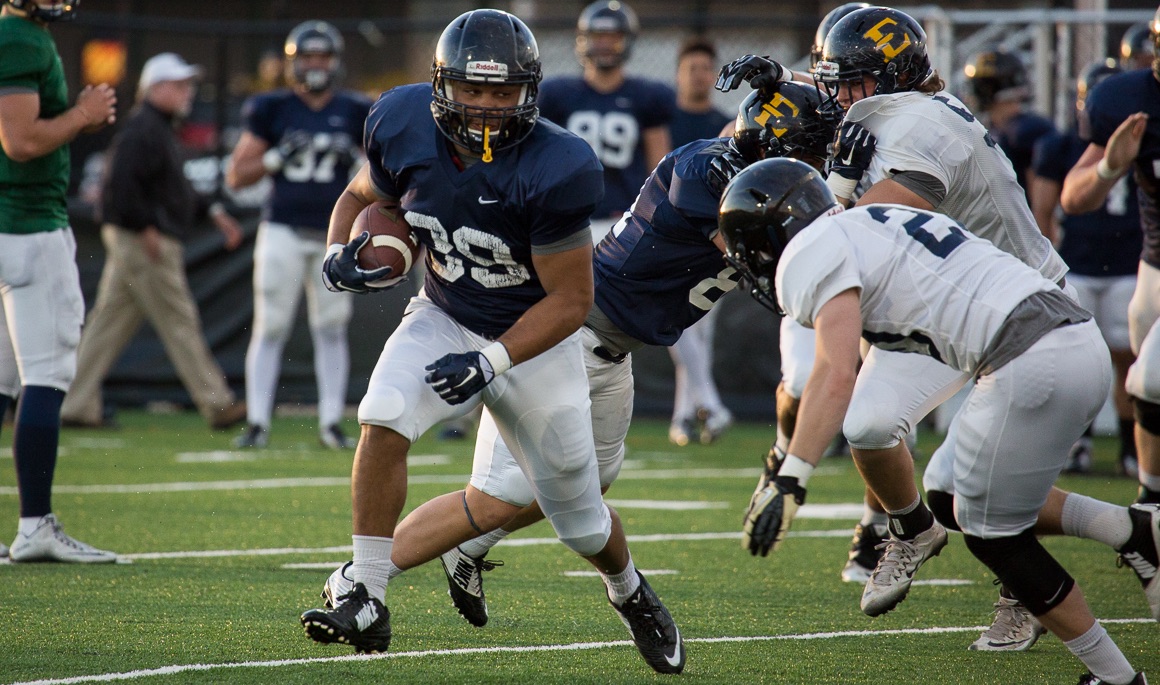 Offense thrives under the lights in Elizabethton

ELIZABETHTON, Tenn. (March 31, 2016) – After having the defensive unit set the tone in the first two scrimmages, the Buccaneer offense stole the headlines on Thursday night. The ETSU football team wrapped up its third week of spring practice under the lights, as the Blue and Gold made the 20-minute trek to Elizabethton for the Appalachian Orthopaedics Spring Scrimmage at Citizens Bank Stadium.

Below are comments from head coach Carl Torbush following Thursday's scrimmage in Elizabethton.

THOUGHTS ON THE SCRIMMAGE

I’m pleased with what we are doing right now. On offense, we are miles and miles ahead of where we were last year. Defensively, we are making some plays, but not enough key plays on third and fourth down. We will get better with that. Right now we are concerned with getting the right players on the field at each position, so we can build a solid two-deep as we head into the fall.

ON SCRIMMAGING AT CITIZENS BANK STADIUM

I want to thank everyone at Elizabethton for allowing us to come over here and scrimmage tonight. They have a great facility and they ought to be proud of it. They have a lot of fan support and some of our players played at Elizabethton, so it was fun to come up here. We were glad the weather held off and I was pleased with the turnout. We have been fortunate to scrimmage in several places throughout the area and I am glad we were given the opportunity to scrimmage here in Elizabethton. Hopefully the fans were pleased with what they saw and will continue to show their support throughout the season.

Please note, practices and scrimmages are open to the general public