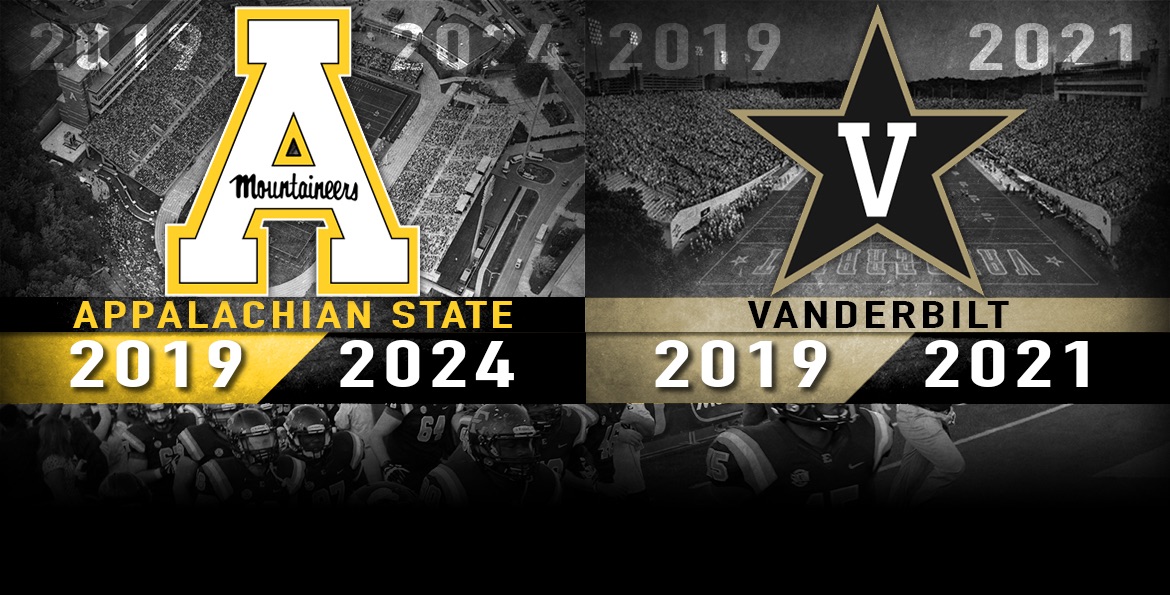 ETSU to play Vanderbilt and Appalachian State starting in 2019

ETSU, which announced last February it would travel to Knoxville and take on the University of Tennessee in 2018, will play both at Vanderbilt and Appalachian State in 2019. The Bucs will then face the Commodores again in 2021 and the Mountaineers in 2024.

“Obviously, playing FBS opponents Vanderbilt and Appalachian State, along with the University of Tennessee brings prestige and excitement to our program, and will definitely help us in recruiting,” said ETSU head football coach Carl Torbush. “As we move forward and grow as a program, there will be more announcements like this in the future.”

This will mark the first meeting between ETSU and Vanderbilt, while the Bucs and Mountaineers will renew a rivalry that dates back to their time together in the Southern Conference. ETSU and Appalachian State have played 45 times in a series that dates back to 1928.

Coming off its first season as a FCS Independent in 2015, ETSU joins the Southern Conference in 2016. The Bucs open the season on Sept. 3 at Kennesaw State, while hosting Western Carolina in their SoCon opener on Sept. 17 at Bristol Motor Speedway.