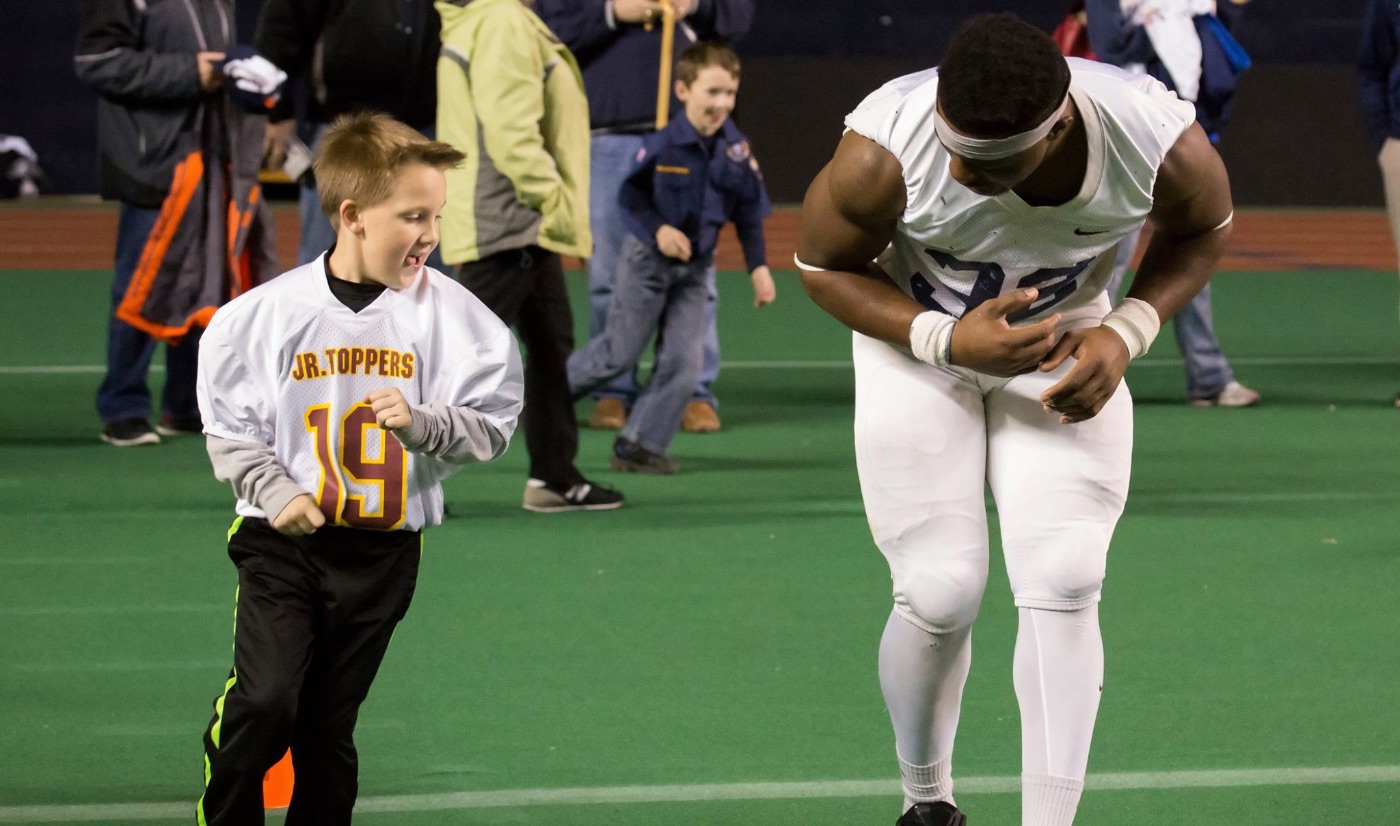 Over 100 children attended the event and were able to run through drills and interact with ETSU coaches and players. Afterwards, each child received a Chick-Fil-A coupon and an ETSU Game Time magazine.

The youngsters rotated through four different stations with each on-the-field drill instructed by ETSU players and coaches. The clinic started with the children showing off their running and catching skills as the kids weaved through ETSU’s offensive line en route to scoring a touchdown. The Buccaneers erupted later in the drill when one of the participants juked an offensive lineman and made an outstanding diving catch in the end zone for a touchdown.

When asked about the clinic, ETSU football head coach Carl Torbush stressed the importance of connecting with youngsters in the community.

“The children enjoyed the clinic and had a fun time interacting with our players and coaches,” said Torbush. "These youth clinics are important, because we get them here as six, seven, and eight-year olds, and turn them into Buccaneer fans at such a young age.”

For the players, Saturday’s clinic was an opportunity to present themselves as role models, while also rekindling some memories from the days when they attended youth clinics such as this one.

“It’s really cool to see the kids out here training with us,” said freshman linebacker Jason Maduafokwa. “I remember when I was a little kid, I looked up to the college players and now it’s neat to be in this position having the children look up to us.”

Freshman kicker Landon Kunak (Spartanburg, S.C.) – who made the game-winning field goal to lift the Blue past Gold on Saturday – talked about the importance of having community support.

“This is really great as it’s a huge family environment out here today,” Kunak said. “This means a lot for the community and it feels good to give the kids a chance to run some drills and interact with us. Overall, today was great and it’s exciting to see everyone out here supporting the program.”

Wide receiver and local product Adam Mitchell (Bristol, Tenn.) reflected on how important it is to be a positive role model for the youth in the community.

“This is a great opportunity for the people in our community to come out and get to know our players and interact with us on the field,” added Mitchell, who played at Tennessee High in Bristol. “It’s good for us to be role models for the youth in the our community. I love being out here and interacting with them.”

The Bucs ended spring practice earlier in the day with the MSHA Spring Game and will continue to prep for the upcoming 2016 campaign, which gets underway on Sept. 3 at Kennesaw State.