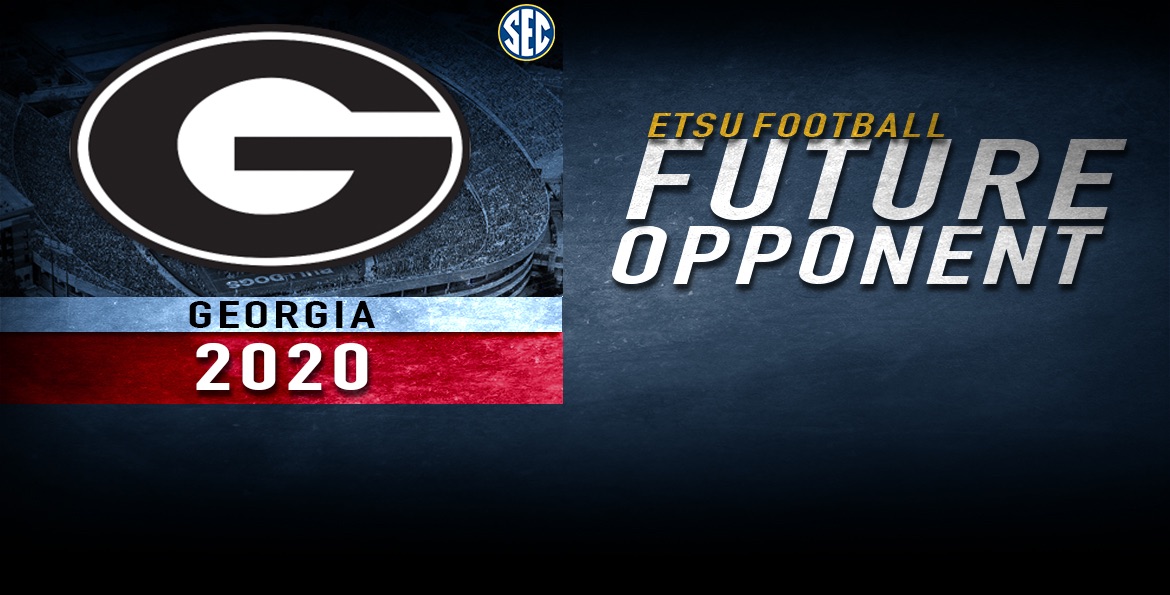 ETSU football to play Georgia in 2020

JOHNSON CITY, Tenn. (June 30, 2016) – The ETSU football program announced Thursday that the Buccaneers have reached an agreement to play the University of Georgia in 2020.

“We want to thank head coach Kirby Smart and the University of Georgia for giving us the opportunity to play one of the top programs in the SEC,” said ETSU football head coach Carl Torbush. “Scott Carter and Mike Cavan (former ETSU football head coach) played a key role in setting this up and making it become a reality. This will be a great test for our program, as we will be playing in one of the top venues in college football. It’s a great opportunity for our football program and the ETSU community.”

The Buccaneers will earn a game guarantee of $550,000, and the game will be played at Sanford Stadium in Athens, Ga. ETSU and Georgia have never met on the gridiron.

This marks the third future Southeastern Conference opponent scheduled for the Buccaneers, as ETSU plays at Tennessee in 2018 and at Vanderbilt in 2019 and 2021. The Blue and Gold also play at FBS foe Appalachian State in 2019 and 2024.

“The scheduling that Scott Carter has given us over the next four to five years says a lot about ETSU, the football program and the direction we are heading,” Torbush said. “Playing FBS schools helps take our recruiting to a higher level, while also enhancing our fundraising opportunities and creating additional exposure for the university.”

ETSU, who played the 2015 season as a FCS Independent, joins the Southern Conference in 2016. The Bucs open the 2016 campaign at Kennesaw State on Sept. 3, while ETSU hosts Western Carolina in its SoCon opener on Sept. 17 at Bristol Motor Speedway – for ticket information, please call (423) 439-3878.