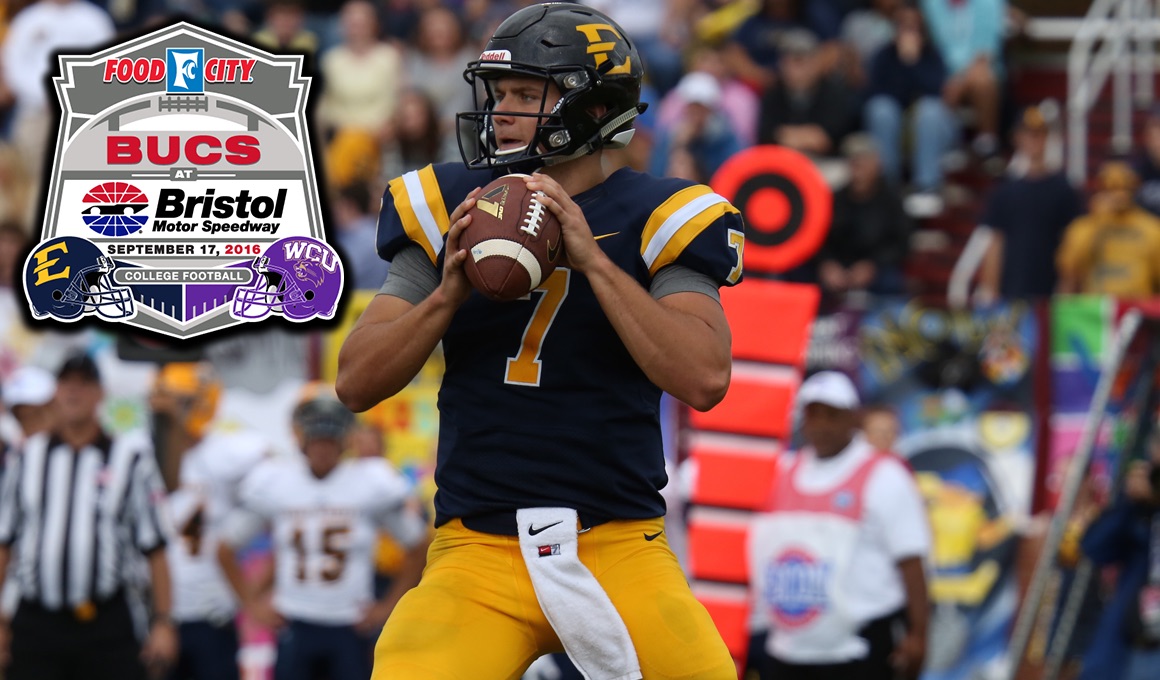 BRISTOL, Tenn. (Sept. 12, 2016) – One heaping helping of football is not enough for Northeast Tennessee, so a longtime regional advocate is about to serve up seconds.

Bristol Motor Speedway (BMS) announced Monday that Food City has come on board as central sponsor for the upcoming contest between East Tennessee State University (ETSU) and Southern Conference rival Western Carolina. The game, set to kick off on Saturday, Sept. 17 at 1:30 p.m., will be named the Food City Bucs at Bristol.

Headquartered in Abingdon, Virginia, Food City has long been recognized around the region as a strong community advocate. The company’s partnership with BMS is the second-longest entitlement sponsorship in NASCAR, and includes being the official grocery sponsor as well as the entitlement partner of the Food City 500 NASCAR Sprint Cup Series race, and Food City 300 XFINITY Series race.

“Food City is a tremendous friend to both Bristol Motor Speedway and this region, and has been for many years,” said Jerry Caldwell, executive vice president and general manager at Bristol Motor Speedway. “Their model of community stewardship and investment is inspirational, and we’re excited to once again partner with them for this game.”

ETSU’s recently revived Buccaneer football program won its first game of the season against Kennesaw State, while Western Carolina is coming off a 44-14 win over Gardner-Webb last Saturday.

“Watching Bristol Motor Speedway transform from a globally recognized NASCAR track to a world-class football stadium has been an amazing process,” said Steve Smith, president and CEO of Food City. “We’re proud to welcome back the ETSU Buccaneers and can’t wait to see our regional athletes take the field for the Food City Bucs at Bristol.”

Tickets to the Food City Bucs at Bristol start at just $25,and are available at www.BristolTix.com, or by calling the BMS ticket office at (866)-415-4158.

With a crowd capacity in excess of 150,000, the facility set a new NCAA college football attendance record on Sept. 10, 2016, when 156,990 fans attended the Pilot Flying J, Battle at Bristol game featuring Tennessee and Virginia Tech.

The speedway property is also home to Bristol Dragway. The historic drag strip celebrates its 51st anniversary this year, headlines with the NHRA Thunder Valley Nationals and operates more than 70 event days each season. In 2015, the Bristol Chapter of Speedway Children’s Charities, a 501©(3) nonprofit organization, awarded a record-breaking $805,900 to regional children’s charities bringing their 18-year total to nearly $10 million in grants.

In existence since 1961, Bristol Motor Speedway was purchased in 1996 by Speedway Motorsports, Inc. a publicly traded company that is a leading marketer and promoter of motorsports entertainment in the United States. For more information, visit the company’s website at bristolmotorspeedway.com.