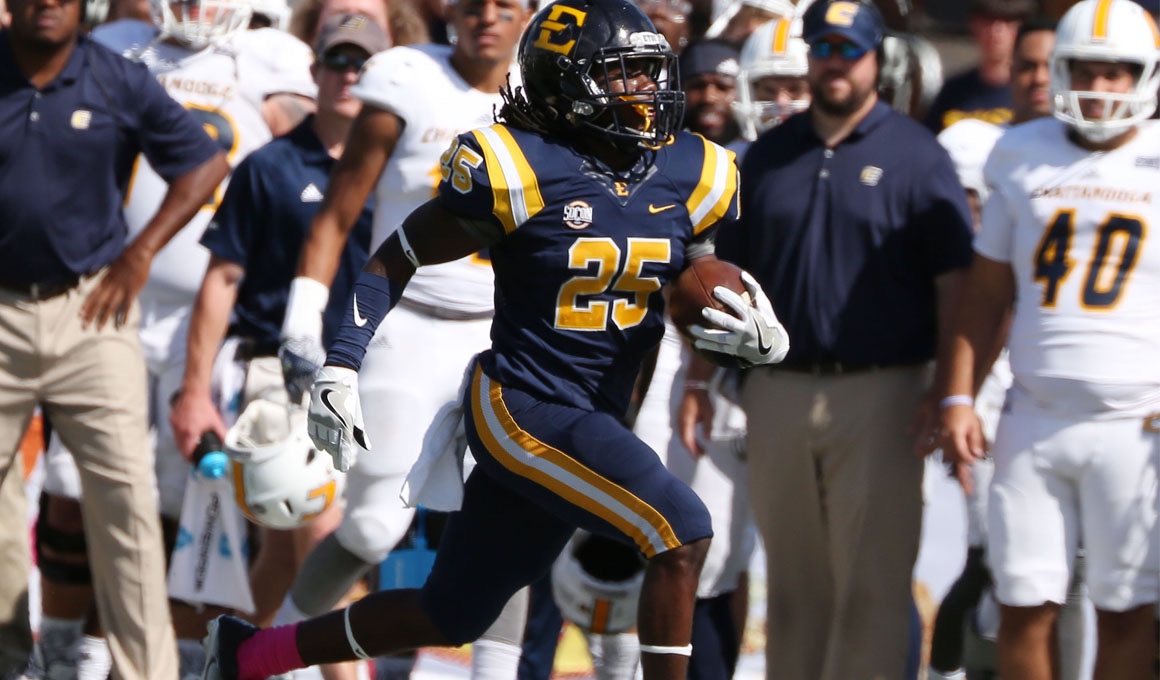 JOHNSON CITY, Tenn. (Oct. 1, 2016) – The last time ETSU’s football team played Chattanooga, the Buccaneers won by a school record 61 points back in 2003. Unfortunately, the result was not as favorable thirteen years later.

The Bucs – who are in just their second season of football after an 11-year hiatus from the sport – got a quality barometer for what it takes to compete nationally in the Football Championship Subdivision, as No. 3-ranked Chattanooga rolled to a 37-7 victory in Southern Conference action Saturday afternoon at Kermit Tipton Stadium.

ETSU (2-2, 2-2) had looked competitive in the early going, moving the ball on a pair of possessions and trailing only 3-0 after one quarter. However, by halftime the Mocs (5-0, 3-0) had increased their lead to 17-0 and then tacked on another pair of touchdowns in the third quarter to put the game away at 31-0.

The Bucs will return to action next Saturday when they hit the road to face Southern Conference foe VMI. Kickoff is set for 1:30 p.m. in Lexington, Va., and the game will be broadcast via live web streaming courtesy of ESPN3.