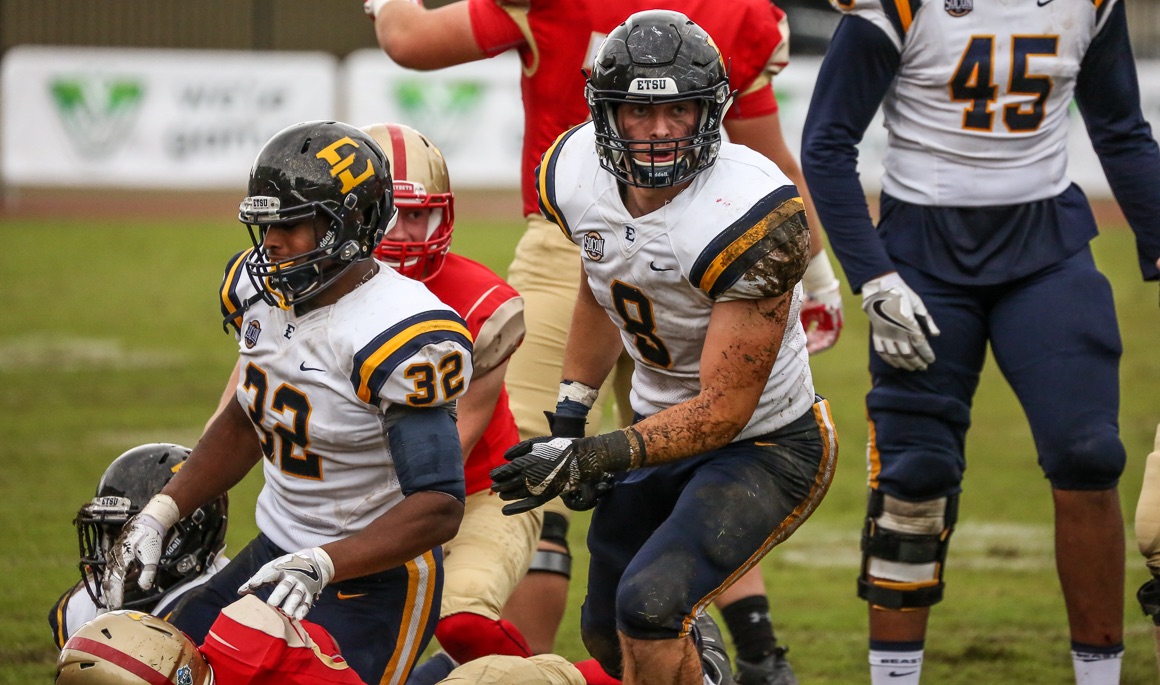 With the loss, the Bucs have now dropped three straight SoCon games and stand at 2-3 overall, 1-3 in in league action. Meanwhile, VMI improved to 3-2, 1-1.

For the season, ETSU had averaged just over six penalties a game for a total of 66.5 yards a contest. However, in the first half alone the Bucs committed nine penalties for 84 yards. The Keydets took advantage of those miscues, as quarterback Al Cobb threw for touchdown passes of 54, 45 and 9 yards in the first half and VMI took a 27-0 lead into the halftime locker room.

ETSU has now scored just 14 points in its last 12 quarters of play since netting a combined 54 points in winning back-to-back games to open the season.

The Bucs will return home to face longtime SoCon rival Furman next Saturday, Oct. 15, at Kermit Tipton Stadium in Johnson City. Kickoff is set for noon.