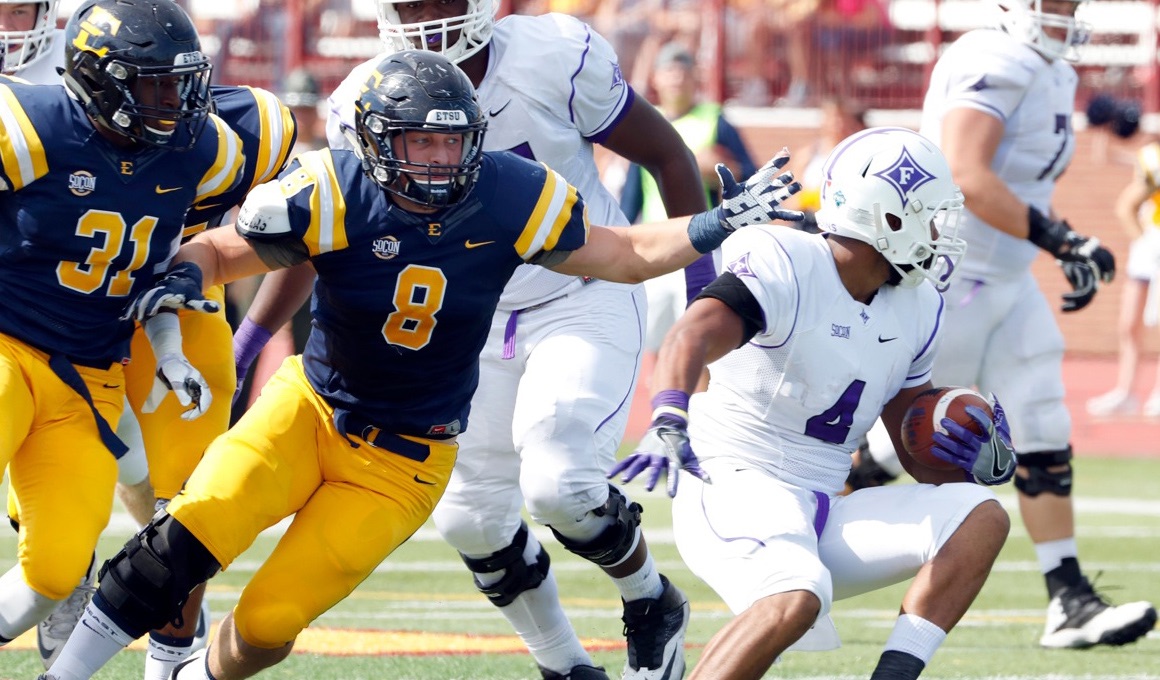 JOHNSON CITY, Tenn. (Oct. 15, 2016) – The Furman Paladins scored on their first eight possessions of the game and collected 511 yards in total offense on their way to a 52-7 win over the ETSU Buccaneers Saturday afternoon in Southern Conference football action at Kermit Tipton Stadium.

With the win, Furman picked up its first victory of the season and improved to 1-6 overall, 1-3 in SoCon play. Meanwhile, the Bucs dropped their fourth straight game and fell to 2-4 overall, 1-4 in league action.

The Bucs’ offensive woes continued, as ETSU has now scored just three touchdowns in their last 16 quarters of football. In all, ETSU collected just 210 yards in total offense.

While the Bucs struggled on offense, Furman quarterback Reese Hannon was impressive in the contest. The 6-foot-2, 212-pound senior from Greer, S.C., did not miss on his first pass of game until the 6:56 mark of the second quarter, completing his first 13 pass attempts and finishing the game 16-of-18 for 267 yards and four touchdown passes. Furman also rushed for 198 yards, led by a game-high 57 from tailback Antonio Wilcox.