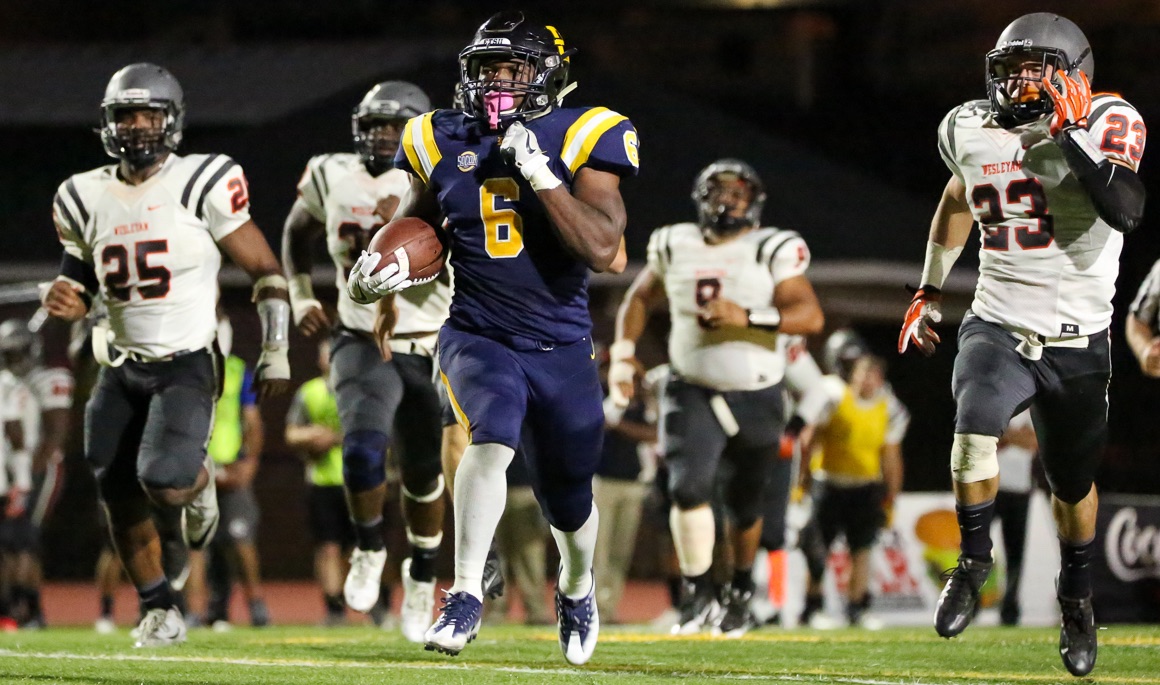 Rushing for a season high five touchdowns and 323 yards, the ETSU football team snapped its four-game losing streak in style with a 38-7 win over West Virginia Wesleyan College Thursday night at Kermit Tipton Stadium. With the win, the Buccaneers improved to 3-4 on the year, while the Bobcats dropped to 2-6.

Sophomore tailback Jajuan Stinson (Knoxville) led the Bucs’ rushing attack, picking up a career-high 127 yards on 11 carries and scoring a touchdown. Meanwhile, sophomore quarterback Austin Herink (Cleveland) rushed for 42 yards and a pair of scores, while also going 9-of-14 through the air for 93 yards.

While the ETSU offense was humming for much of the night, the Bucs’ defense also did its part by taking advantage of WVWC’s miscues. The Bucs matched their season high with a pair of fumble recoveries, both of which led to ETSU scores. In addition, outside of one scoring drive by the Bobcats late in the first half, the ETSU defense pitched three quarters of shutout football and held WVWC to just 199 yards in total offense for the game.

The Bucs will hit the road next week to face Southern Conference foe The Citadel on Saturday, Oct. 29. Kickoff in Charleston, S.C. is set for 2 p.m.