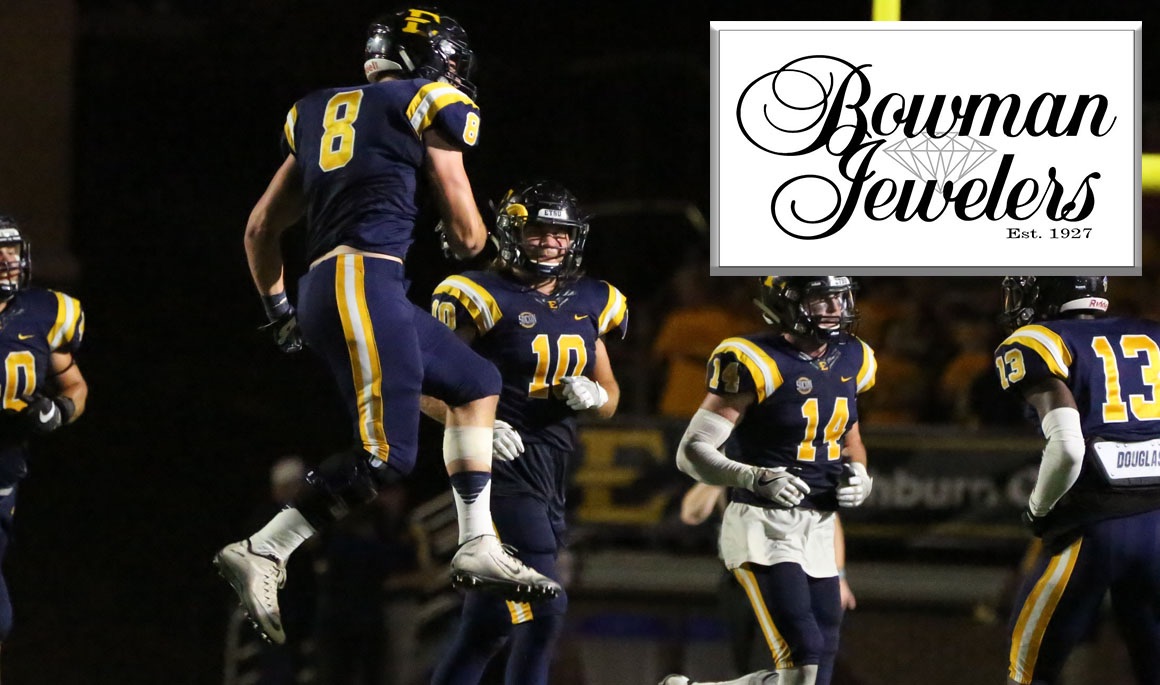 Below are the Offensive, Defensive and Special Teams Players of the Game, along with the “Effort and Impact Plays” and “Show Team Players of the Week” awards from Thursday’s win over West Virginia Wesleyan.

SPECIAL TEAMS PLAYERS OF THE GAME

IMPACT PLAY OF THE GAME

Sophomore linebacker River Boruff (Sparta, Tenn.) was awarded the “Impact Play of the Game” award … With ETSU leading 24-7 and the Bobcats inside the red zone late in the third quarter, Boruff forced running back Jerel English to fumble the ball on the ETSU 19 yard line and recovered the football to stop the potential scoring drive … On ETSU’s first play following the turnover, Jajuan Stinson ripped off a 66-yard run and the Bucs later scored a touchdown on the turnover to go up, 31-7.

Sophomore linebacker Trey Quillin (New Albany, Ohio) was tabbed with the “Effort Play of the Game” award … On West Virginia Wesleyan’s first play of the second quarter, Quillin used his speed to track down running back Michael Anderson on a 17-yard run … The Bobcats were later forced to punt and the Bucs turned the next drive into a 12-play, 70-yard scoring drive to go up, 14-0.