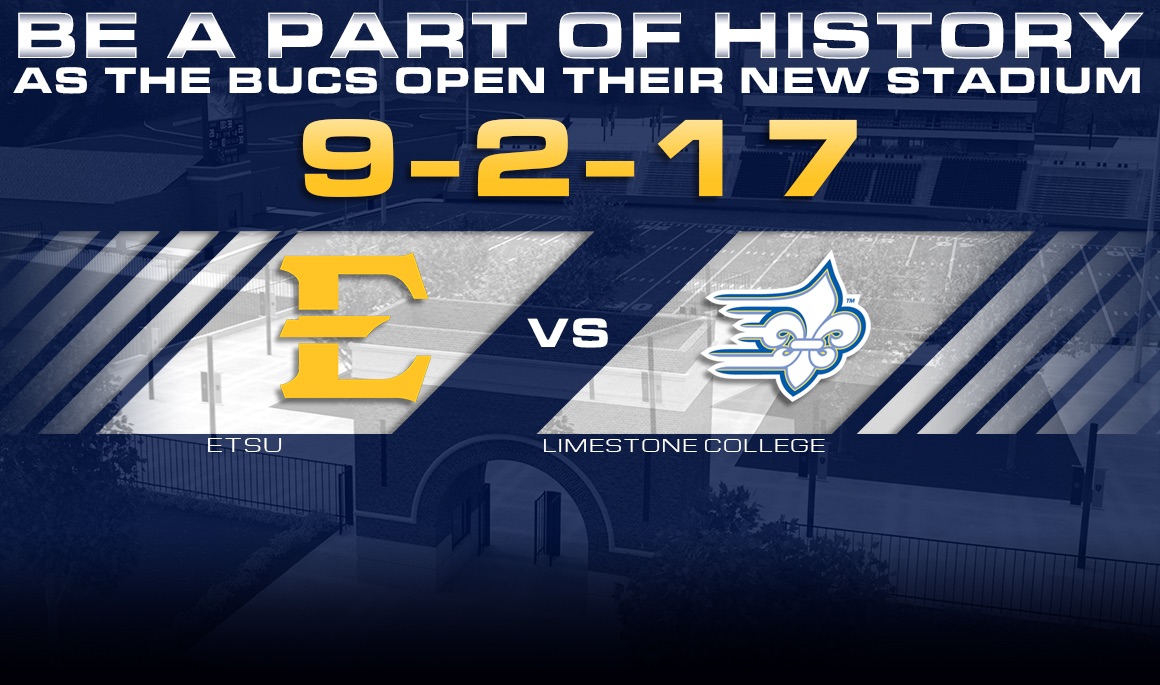 The Bucs open their new stadium on Sept. 2 against Limestone

JOHNSON CITY, Tenn. (Nov. 9, 2016) – When the East Tennessee State University football team opens its new, on-campus stadium next season, the Buccaneers now know the opponent and day they will be playing.

After playing off campus its first two seasons, ETSU football head coach Carl Torbush announced Wednesday the Bucs will open their new stadium on Saturday, Sept. 2 against Limestone College. Kickoff for the season opener is set for 7 p.m.

“We are very excited to announce that we will open our beautiful, new on-campus stadium next year against Limestone,” said Torbush. “Limestone is in its third year of football, so this is a great opportunity to play a team that’s on a similar path as our program.

“It will be another historic day for our program as we open the new stadium. This first game will develop many traditions that will be used for years to come – from the BucWalk to certain pre and postgame rituals. We want to thank everyone who played a role in making this possible.”

Limestone is a Division II school in Gafney, S.C., and played its first season of football in 2014. The Saints, who are coached by eight-year NFL veteran Mike Furrey, is in the third year of a four-year scheduling alliance with the South Atlantic Conference. Limestone won two games its first two seasons and are 5-5 this year.

The full 2017 schedule will be released at a later date. However, ETSU’s home conference games feature The Citadel, Mercer, Wofford and VMI.

The Bucs host Cumberland this Saturday for Homecoming. Kickoff is set for 1 p.m. at Kermit Tipton Stadium.