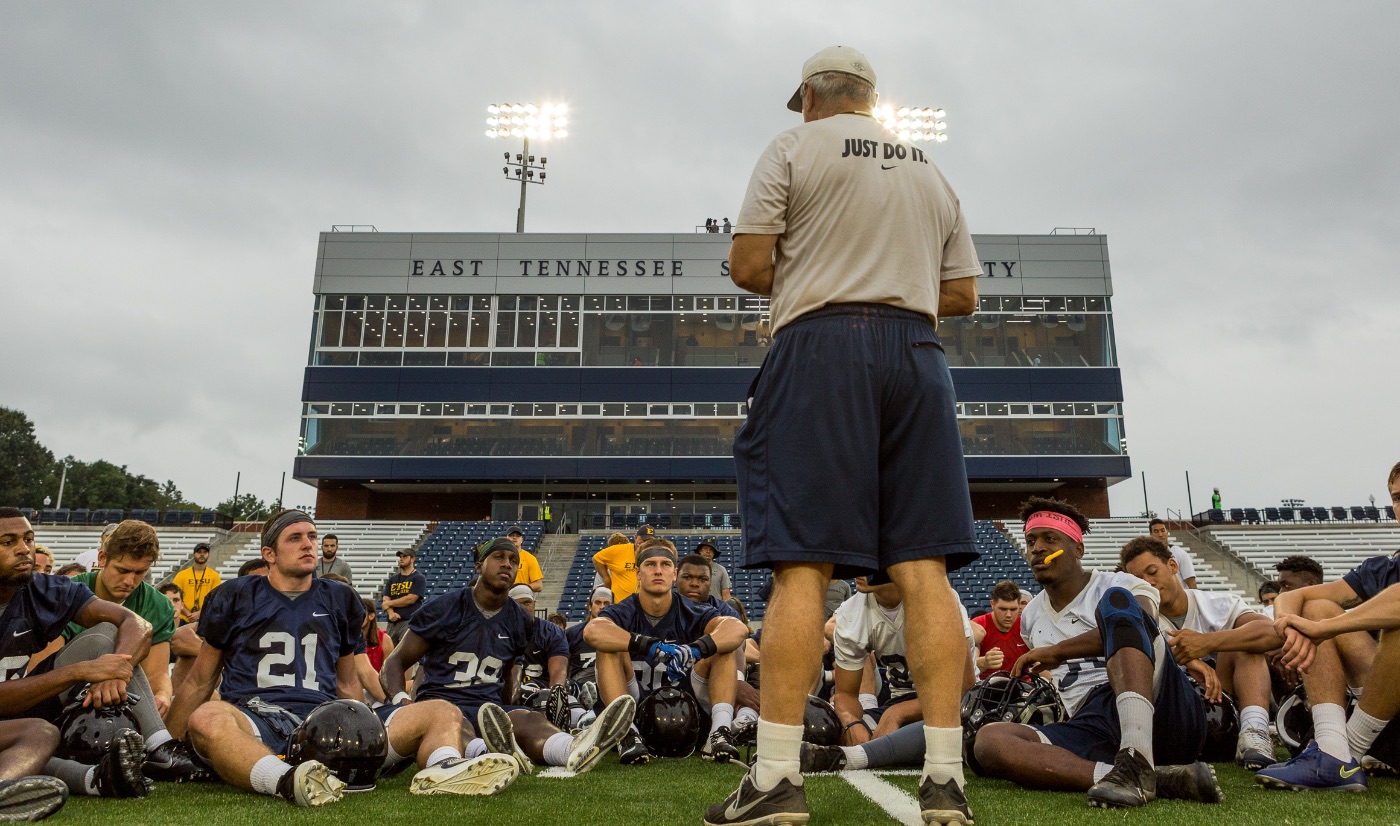 For the first time since being built, the Buccaneers were able to practice inside their new, on-campus stadium. After taking the route of the BucWalk to the stadium, the team held a 21-period practice on the new turf inside the stadium.

ETSU will hold a closed scrimmage at the stadium Thursday evening to prep for next Saturday’s season opener against Limestone.

Below are sights and sounds from Wednesday’s practice.

WHAT THEY HAD TO SAY

The Bucs will hold a closed scrimmage inside the stadium Thursday night, while wrapping up fall camp with practices on Friday and Saturday morning.