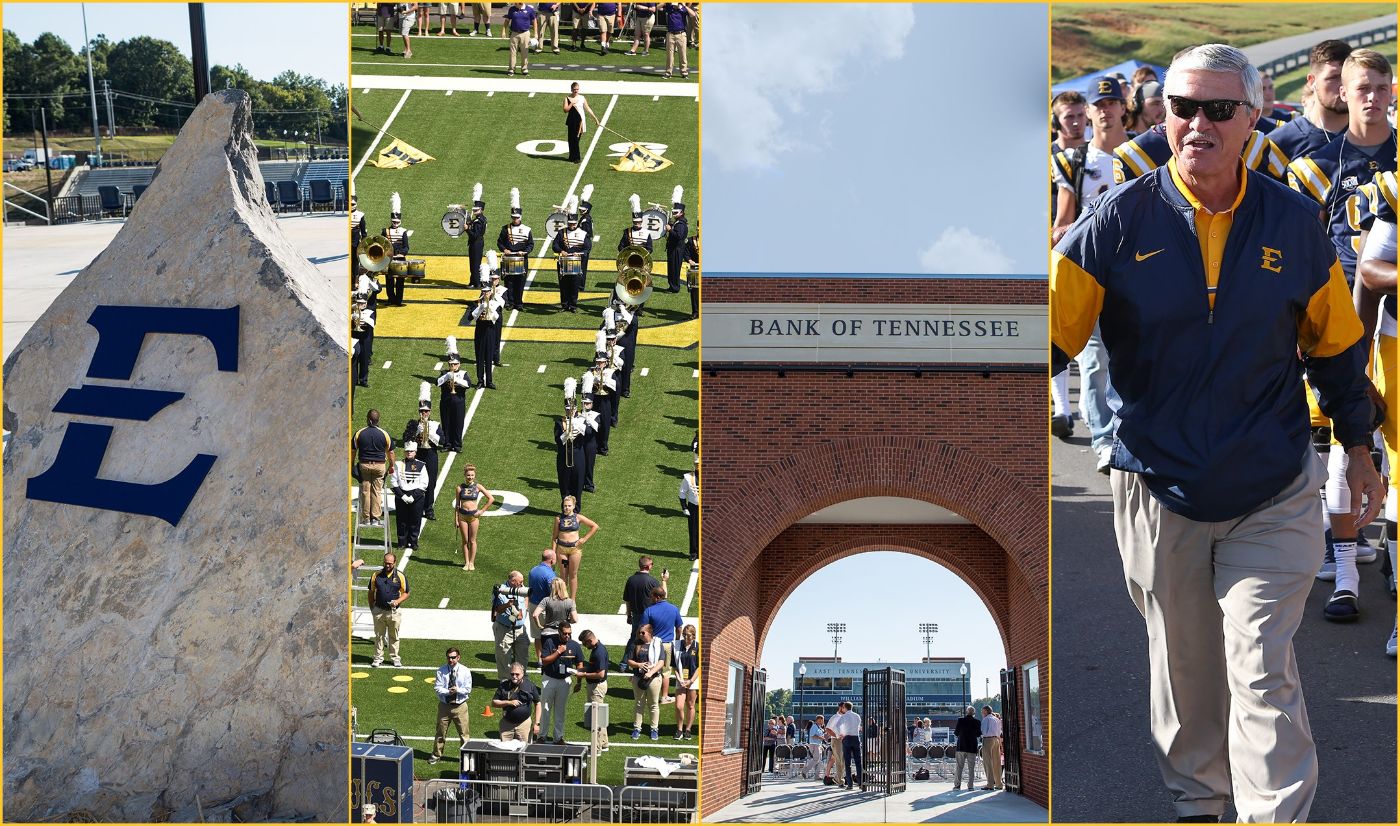 Traditions such as the E rocks, the Marching Bucs, the East Arch and the Buc Walk will highlight Game Days at the new William B. Greene, Jr. Stadium.
Traditions already taking shape at new ETSU stadium
Related Links

JOHNSON CITY, Tenn. (Aug. 30, 2017) – Game day traditions are a major part of the pageantry that makes college football such a special experience.

Understanding that some traditions will certainly develop on their own over time, the ETSU Department of Intercollegiate Athletics would like to introduce new plans and traditions for game days, as well as remind fans of some of the history and symbolism that will accompany the Bucs’ return to campus on Sept. 2 against Limestone College inside William B. Greene, Jr. Stadium.

These traditions, history and symbolism include:

Vic-tor-y will our slogan be,

Dear alma mater, fairest of all,

Our loyal sons will obey thy call to …

Ever the goal to gain,

Into the game for Ole State’s Fame

Fight on to Victory

In the Shadow of the mountains,
Under the Skies of blue,
Stands our dear old Alma Mater,
Glorious to View,
Sounds the chorus, speed it onward;
Thee we'll never fail!
Hail to thee, our Alma Mater -
Hail to thee, all hail!

In thy halls we formed our friendships,
Dear old college home;
And to thee we pledge our hearts,
Wherever we may roam,
Sound the chorus, speed it onward;
Thee we'll never fail!
Hail to thee, our Alma Mater -
Hail to thee, all hail!