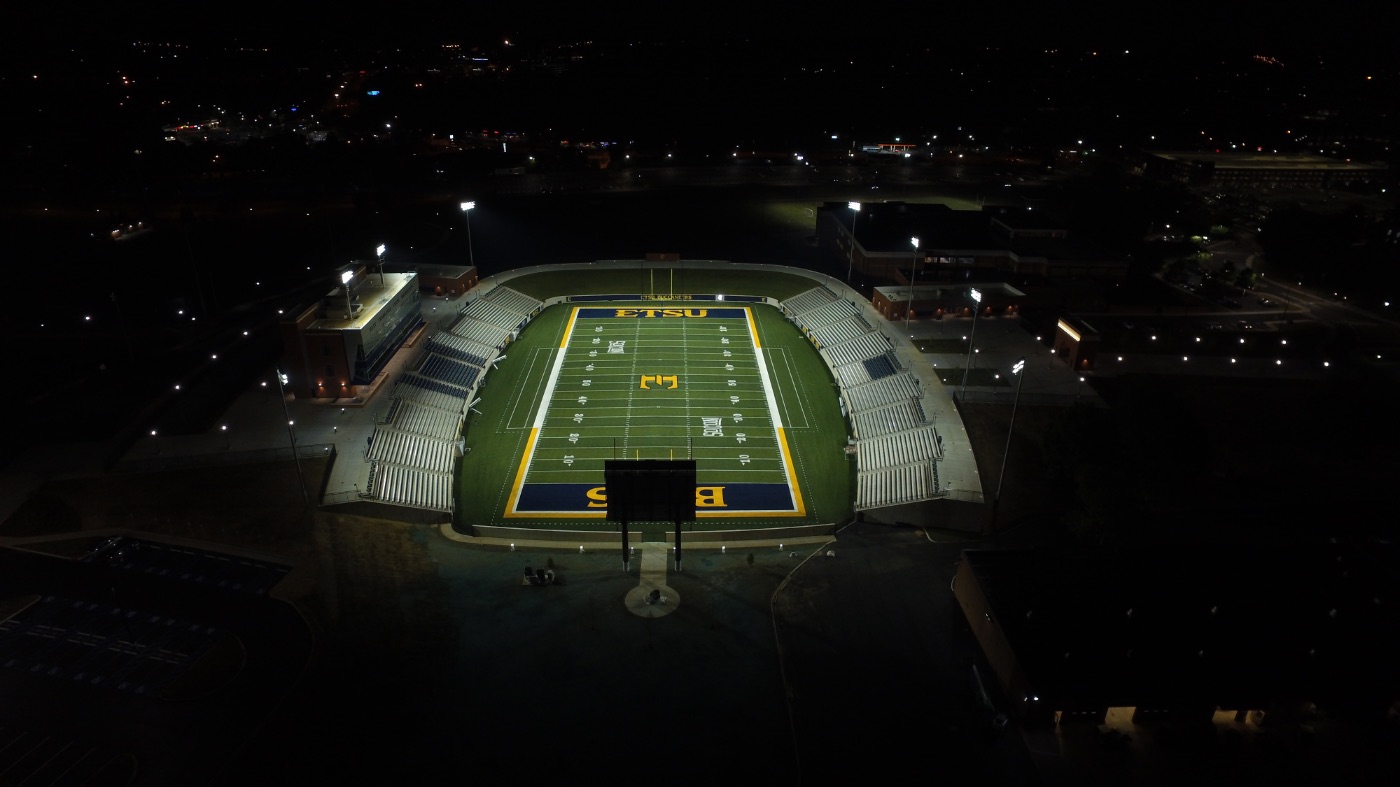 With much anticipation and hype, the Buccaneers open their 2017 season and their new, on-campus home under the lights by hosting Limestone College on Saturday night inside William B. Greene, Jr. Stadium. Kickoff is set for 7 p.m.

THINGS TO KNOW FOR THE 2017 SEASON OPENER

The Bucs are entering their third season of football since restarting the program in 2015 … After posting two wins in year one, ETSU went 5-6 a year ago, which included wins at Kennesaw State, against Western Carolina at Bristol Motor Speedway and a 15-14 victory over No. 18 Samford to end the season.

Saturday marks the first time in 5,034 days that ETSU football will play a game on campus ... The Bucs’ last game on campus was back on Nov. 22, 2003, when the Blue and Gold defeated The Citadel, 16-13, inside the Mini Dome ... The last time ETSU played a home game outdoors on campus was Nov. 25, 1972 when the Bucs defeated Chattanooga, 35-0, at Memorial Stadium, which is currently where the MSHA Athletic Center now stands ... The last time ETSU opened a new, on-campus stadium was on Sept. 10, 1977 when the Bucs hosted North Alabama inside the Mini-Dome.

This season marks the 83rd season of Buccaneer football … ETSU is 39-40-3 in its previous 82 season openers ... The Blue and Gold have split their last two openers since restarting the program, ETSU defeated Kennesaw State, 20-17 in double-overtime last season in Georgia, while dropping a 56-16 decision to the Owls in 2015.

The STATS FCS Preseason Top 25 was released in early August, and the ETSU football team received votes in the preseason poll ... The Buccaneers, who finished the 2016 season with an overall record of 5-6 in their second season as a program, received three votes in the poll.

Redshirt junior running back Jajuan Stinson (Knoxville, Tenn.) has carried the ball 245 times in his career, totaling 1,179 rushing yards (4.8 yards per carry) … Dylan Weigel has totaled 233 career tackles in his first 22 collegiate games played … JJ Jerman is 40-for-41 in PATs for his career … Jerman’s 40 PATs rank seventh all-time in ETSU history, and he’s seven away of passing Ron Harrold (1968-70) for sixth.

ETSU plays five teams who reached the FCS Playoff a year ago, including a Week Two match up with reigning national champion James Madison on Sept. 9.

The Saints enter their fourth year of competition, and their first as an associate member of the South Atlantic Conference.

Limestone is looking for its third straight season-opening win.

The Blue and Gold posted a 4-2 road record a season ago, including four straight to open the 2016 campaign.

The Saints finished with a 5-6 overall mark, the best record in the program’s short history; the team had just four wins combined over the first two years of play.

Saturday’s matchup will be the second meeting with a NCAA Division I opponent; Limestone lost to Jacksonville (61-10) in the only other game against an FCS foe.

Limestone will feature a veteran defensive unit that ranked eighth in Division II with 32 takeaways.

The defense scored a national-leading eight touchdowns a year ago.

The Saints went 5-0 last season when holding opponents to 20 points or less.

The Saints are coached by Mike Furrey – who is entering his second season at the helm … Furrey played eight seasons in the National Football League.

Simmons, a two-time All-American and a finalist for the 2016 Cliff Harris Award, returns with an impressive resume after finishing second in Division II with eight interceptions. He led the nation with three interceptions returned for a touchdown, including a 95-yard return to seal a win at Lenoir-Rhyne. Simmons, who was named to the College Football America 2017 Yearbook Division II Starting Lineup, posted 42 tackles, eight interceptions, 12 breakups, and a pair of fumble recoveries during his junior season. He tied his own team record with three picks in one game last year in a 6-0 win at Catawba.

Saturday marks the first ever meeting between the two programs.

Following each game, fans can tune into the General Shale Post Game Show to get a full wrap up game statistics, players and coach interviews, and other post-game information.

In addition to following the Bucs on your mobile device and/or tablet with live audio and video, fans can get up-to-the-minute stats by following the action via StatBroadcast. Fans can access live stats on their computers or mobile devices via ETSUBucs.com or by clicking here.