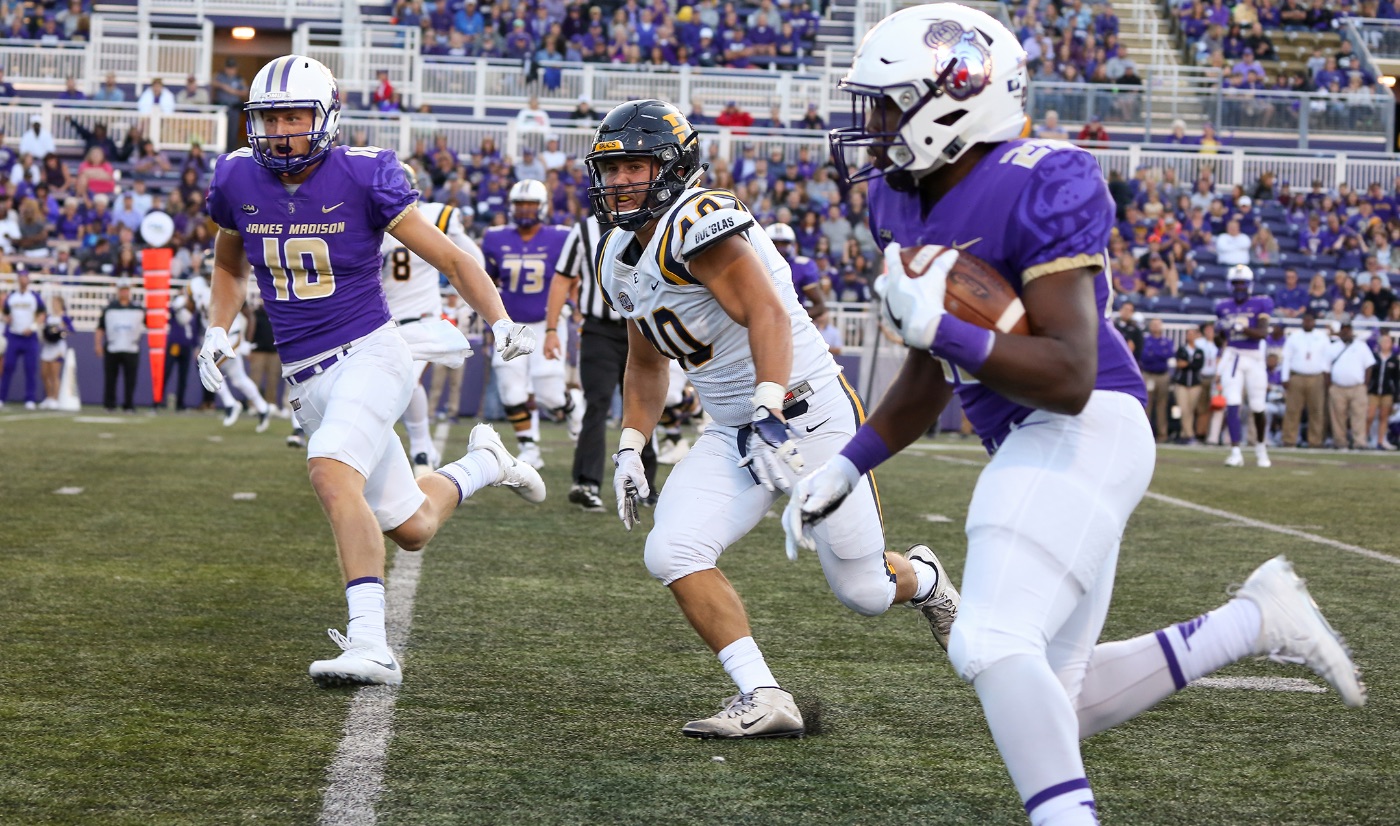 HARRISONBURG, Va. (Sept. 9, 2017) – They are the defending Football Championship Subdivision national champions and currently ranked No. 1 in the country. On Saturday night, the James Madison Dukes certainly looked the part.

Scoring on four of its first five possessions and relying on a defense that held ETSU to just 175 yards in total offense, James Madison rolled past the Buccaneers 52-10 in non-conference play at Bridgeforth Stadium. On a night when a crowd of 24,722 were on hand to celebrate the Dukes’ 2016 national championship, JMU did not disappoint their fans and improved to 2-0 on the season, while the Bucs dropped to 1-1 overall. With the win, JMU extended its win streak to 14 straight games, marking the longest streak amongst FCS and FBS programs.

ETSU will now return to Johnson City for back-to-back home games against Southern Conference opponents over the next two weeks, beginning with a visit from reigning conference champion The Citadel next Saturday at 1 p.m. inside William B. Greene, Jr. Stadium.

In this game, it was JMU senior quarterback Bryan Schor who stood out among all the other Dukes. Going 25-of-33 through the air for 304 yards, Schor threw for five touchdowns, matching the program’s single game record for the third time in his career. His only mistake was an interception late in the first half that ETSU cornerback Domenique Williams (Charlotte) returned for a touchdown.

After watching JMU defeat Football Bowl Subdivision member East Carolina handily last week by running the ball successfully, the Bucs’ defense and its effort to stop the Dukes’ running attack was impressive. In all, JMU managed just 122 yards on 39 carries for an average of just 3.1 yards per carry compared to the 410 yards and 9.8 yards per carry the Dukes collected against ECU last week.

The Blue and Gold return home to open conference play as ETSU hosts No. 13 The Citadel on Saturday, Sept. 16. Kickoff is set for 1 p.m. at William B. Greene, Jr. Stadium.