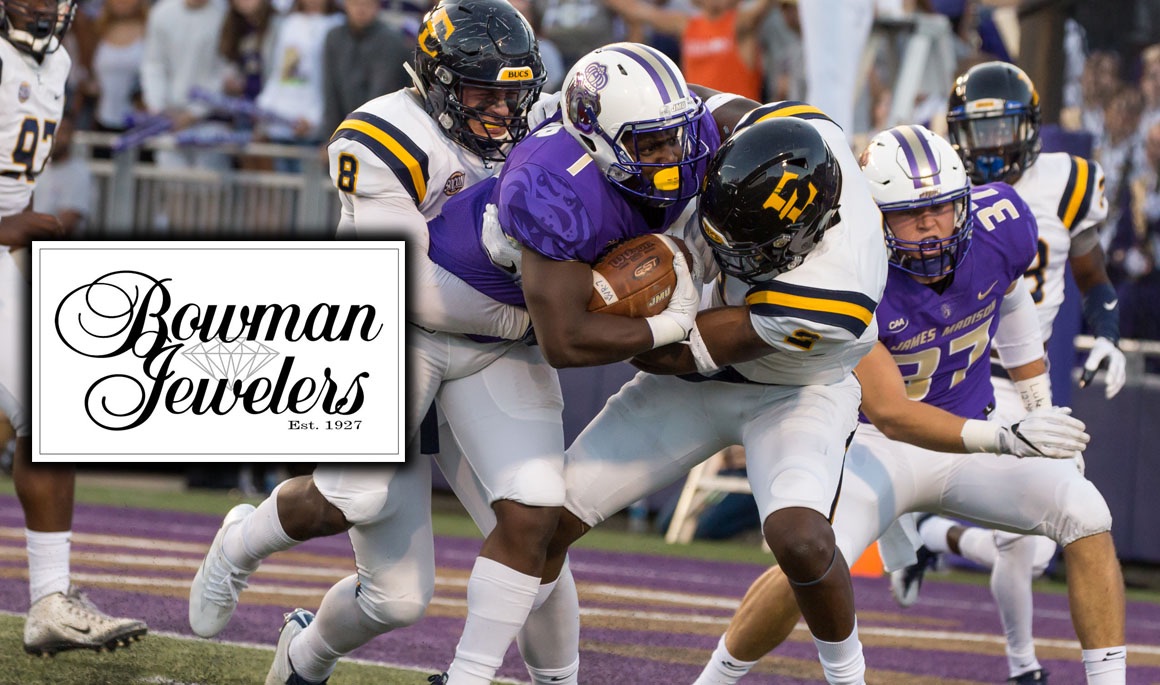 JOHNSON CITY, Tenn. (Sept. 10, 2017) – Following each game during the 2017 college football season, ETSU head coach Carl Torbush will announce the Bowman Jewelers Offensive, Defensive and Special Teams Players of the Game, along with the “Effort Play of the Game” and “Show Team Players of the Week” awards.

Below are the recipients from Saturday’s game at No. 1 James Madison.

-- Recorded the second double-digit tackle game of his collegiate career

-- Recorded a 1-on-1 block on kickoff return

Freshman defensive back Tyree Robinson (Gainesville, Ga.) earned this week’s Effort Play of the Game … On a kickoff return by Marcus Marshall, Robinson chased the JMU returner down from behind for a tackle at the 3:30 mark of the third quarter.