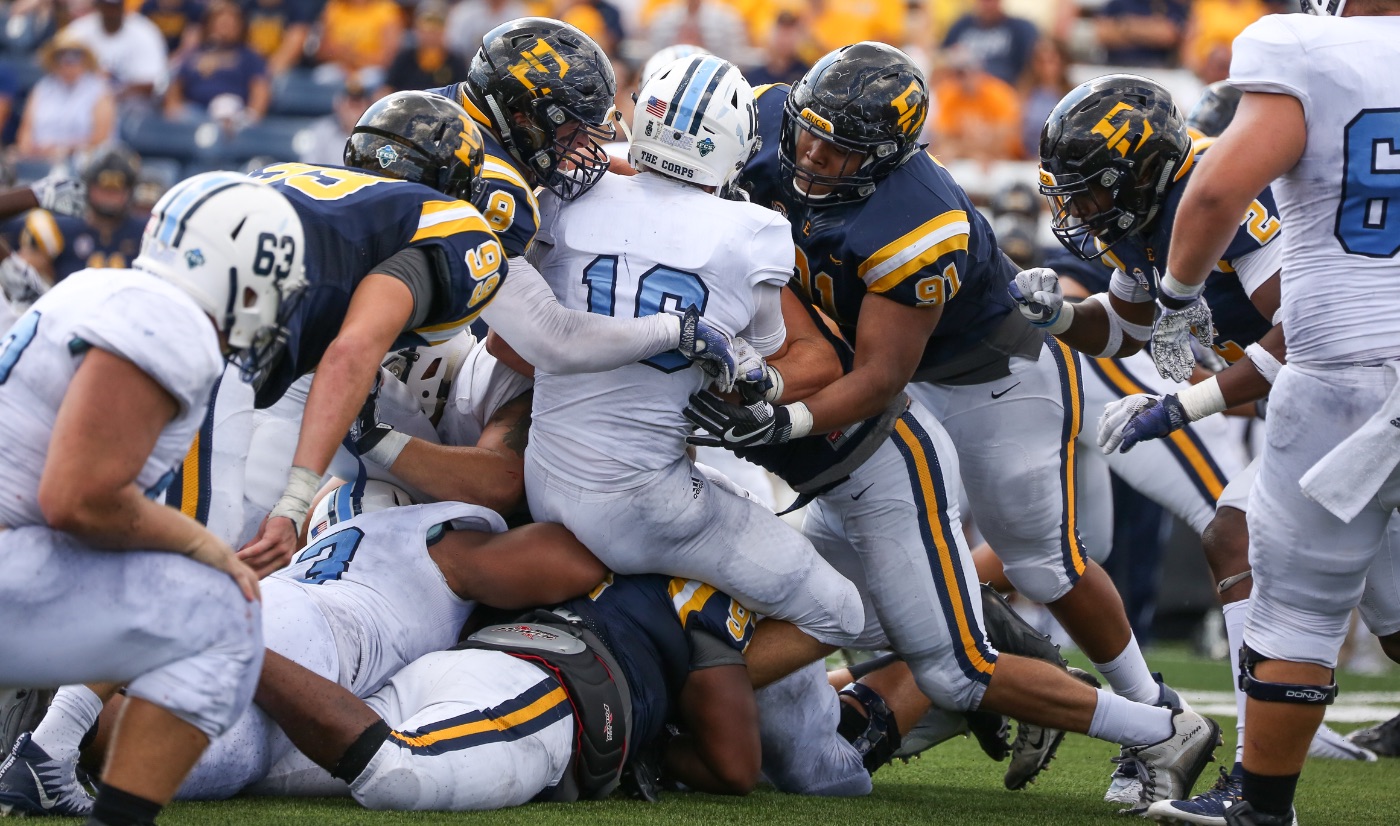 Facing The Citadel Bulldogs – the two-time defending Southern Conference champions and the 13th-ranked team in the nation – the Buccaneers built a 10-point lead early in the second half and also did not fold when the Bulldogs clipped off 21 unanswered points to build a 28-17 advantage midway through the fourth quarter. Despite entering the game as a 25-point underdog, the Bucs ultimately dropped the Southern Conference opener, 31-25, but had a final offensive possession with a chance to win late in the game.

Head coach Carl Torbush, while disappointed in the result, certainly recognized the progress of his team, especially after having lost to this same Citadel team 45-10 a year ago.

“I thought our young men played hard the entire ball game,” Torbush said. “Obviously, they (The Citadel) caught on a little bit to what we were doing, but I thought defensively we had some really nice plays and did a good job. I am a little bit disappointed we didn't move the ball better on the ground offensively, but I thought we threw the ball well at times. We have some good football players and a good football team. Like I told our guys after the game, ‘being close is not good enough’... when you play the 13th ranked team in the country and play them like we did, we had a chance at the end of the ball game. I thought we used the time and timeouts wisely, but it just didn't work out. If we stay in this type of ball game with this type of opponent we'll win our share of the ball games.”

The Bucs, who had their share of breaks in the game thanks to a recovered fumble, a picked off pass, and a blocked field goal attempt, finished with 208 yards in total offense. The majority of those yards came through the air, as junior quarterback Austin Herink (Cleveland) went 18-of-32 for 182 yards and threw a pair of touchdown passes. For The Citadel, the Bulldogs gained 435 yards on the day, with 331 coming on the ground in their patented triple-option offense.

After scoring just seven points in the first half, the Bulldogs scored on their final four possessions of the game with three straight touchdowns and a field goal.

Defensively, junior linebackers Dylan Weigel (Pickerington, Ohio) and River Boruff (Sparta) stood out once again for the Bucs. Weigel finished with 19 tackles, the second highest single-game total in his career, while Boruff had 14 stops to eclipse double digit tackles for the second straight game.