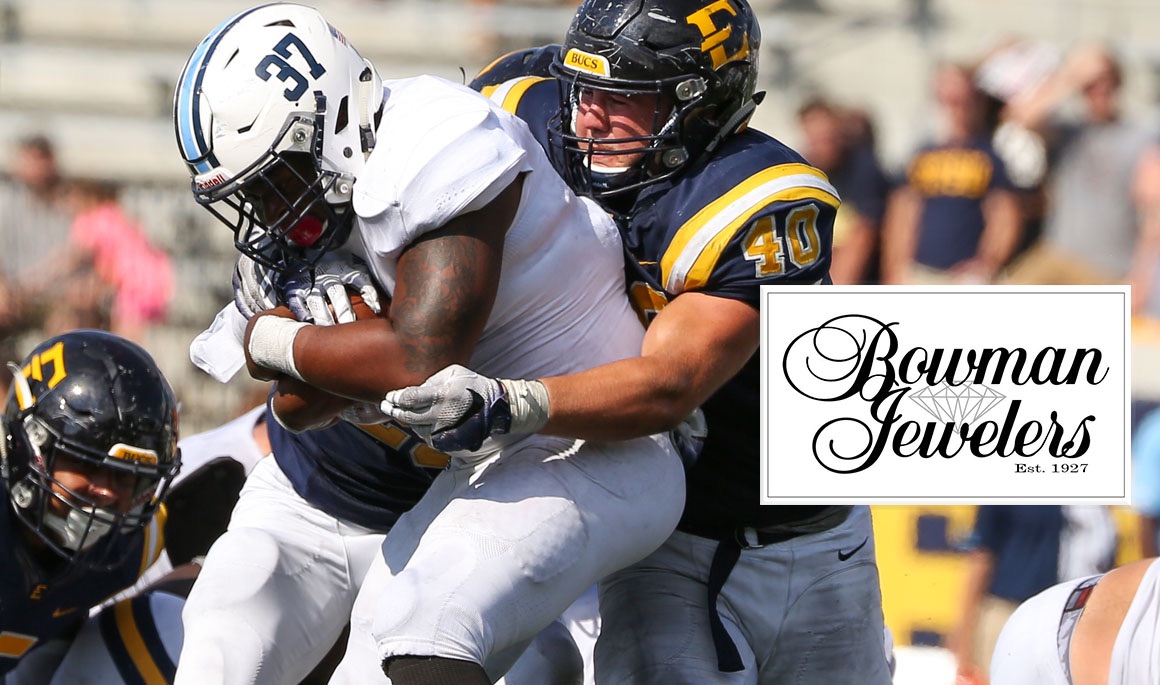 Dylan Weigel with one of his game-high 19 tackles on Saturday against #13 Citadel.
ETSU football announces Bowman Jewelers Player of the Game awards

JOHNSON CITY, Tenn. (Sept. 17, 2017) – Following each game during the 2017 college football season, ETSU head coach Carl Torbush will announce the Bowman Jewelers Offensive, Defensive and Special Teams Players of the Game, along with the “Effort Play of the Game” and “Show Team Players of the Week” awards.

Below are the recipients from Saturday’s game against No. 13 The Citadel.

-- Finished with six receptions for 76 yards and one touchdown

-- His eight-yard touchdown reception from Austin Herink (Cleveland, Tenn.) put ETSU ahead 14-7 with 1:05 remaining in the second quarter

-- Graded out at 85 percent for the game

-- Posted a game-high 19 tackles and one quarterback hurry

-- Graded out at 83 percent for the game

-- The 19-tackle game marked the second-most for Weigel in his career, while it marked the third-highest total in program history

SPECIAL TEAMS PLAYERS OF THE GAME

Junior defensive lineman Chris Bouyer (Rock Hill, S.C.) earned this week’s Effort Play of the Game … On a 2nd-and-2 play in the first quarter, Bouyer fought off his blocker on a quarterback pitch to get to the sideline for a tackle on Rod Johnson.