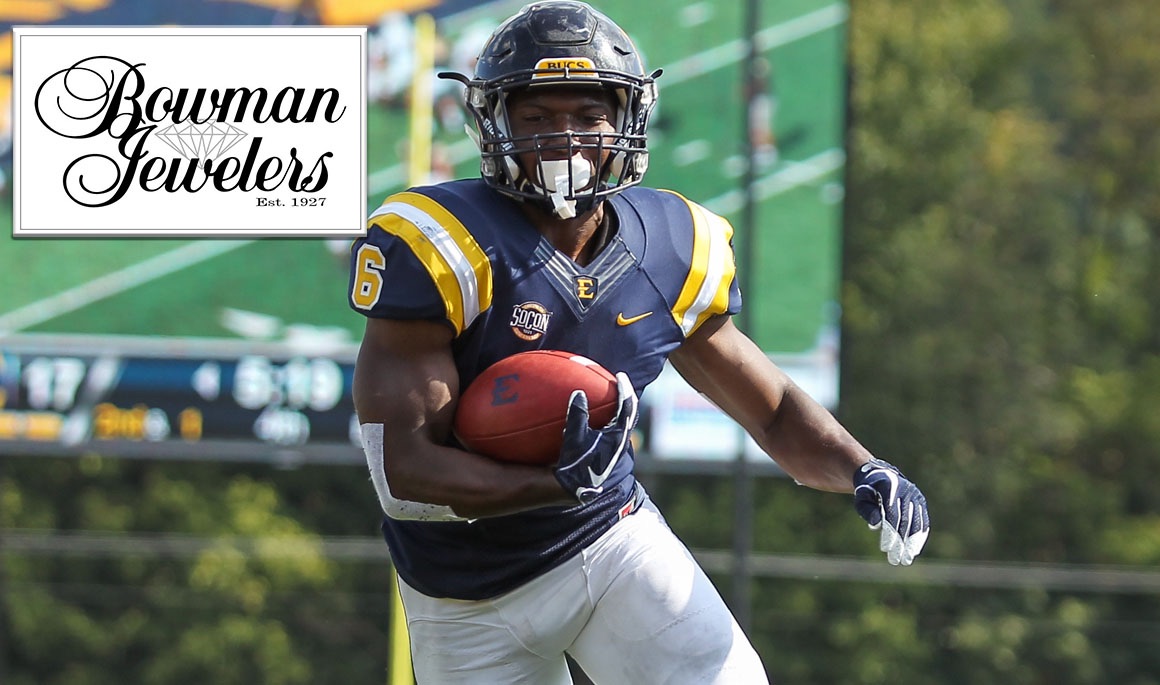 JOHNSON CITY, Tenn. (Sept. 24, 2017) – Following each game during the 2017 college football season, ETSU head coach Carl Torbush will announce the Bowman Jewelers Offensive, Defensive and Special Teams Players of the Game, along with the “Effort Play of the Game” and “Show Team Players of the Week” awards.

Below are the recipients from Saturday’s game 26-23 overtime win over Mercer.

-- Four receptions for 60 yards, including the game-winning 25-yard catch in overtime

CO-DEFENSIVE PLAYER OF THE GAME

-- Key third down tackle for loss, which set up Cole Fisher’s 35-yard missed field in the fourth quarter

CO-SPECIAL TEAMS PLAYER OF THE GAME

-- Was 2-of-3 on kickoff return; Forced two fair catches

Redshirt sophomore defensive end Nasir Player (Columbia, S.C.) earned this week’s Effort Play of the Game … On a 3rd-and-9 screen pass,Player tackled Chandler Curtis for a gain of three, which forced a three-and-out on Mercer’s opening possession of the third quarter … The tackle marked one his three solo tackles on the night.