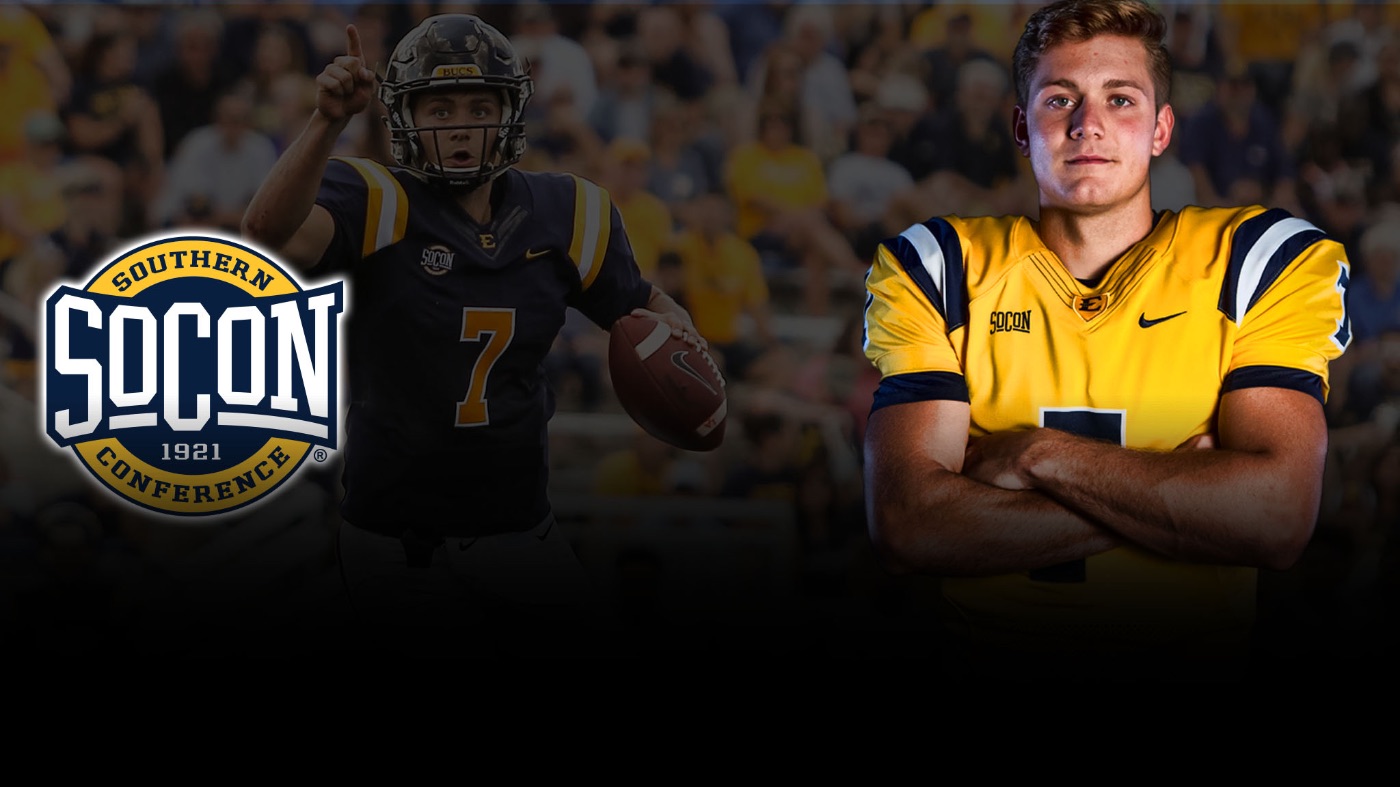 SPARTANBURG, S.C. (Sept. 27, 2017) – ETSU redshirt junior quarterback Austin Herink (Cleveland, Tenn.) was named the Southern Conference Student-Athlete of the Week, which was announced by the league office on Wednesday.

Herink helped guide the Buccaneers to a 26-23 overtime win over Mercer last Saturday afternoon at William B. Greene, Jr. Stadium. The Cleveland, Tenn. native set career highs in completions (26), passing yards (284), and total yards (318), while completing 79 percent of his passes (26-of-33). Herink – who connected on a 25-yard touchdown to Jajuan Stinson (Knoxville, Tenn.) for the game-winning score – also rushed for 34 yards and one touchdown. The Buccaneer quarterback posted his fifth come-from-behind win, with three of those coming in the fourth quarter or overtime. Following his 318 yards of total offense, Herink moved past Jeff Morgan for sixth all-time in program history with 4,107.

Herink is majoring in sport management and has a 3.68 cumulative grade point average, while earning a 3.94 GPA last semester.

ETSU hits the road as the Bucs take on Furman this Saturday in Greenville, S.C. Kickoff is set for 1 p.m. in Paladin Stadium.