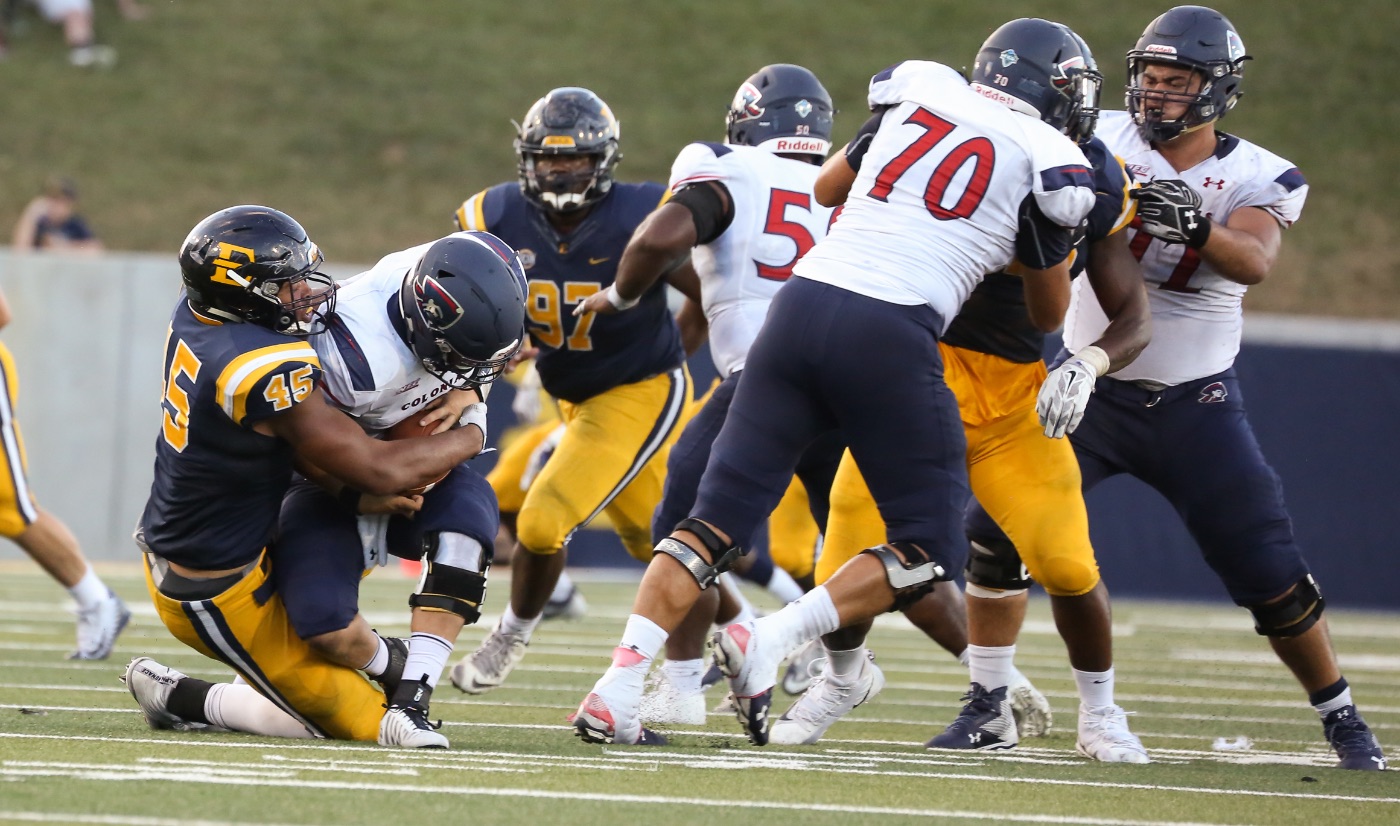 With the non-conference victory, the Bucs improved to 3-3 overall on the season and are now 2-1 in Homecoming games since the reinstitution of the program in 2015. Meanwhile, Robert Morris out of the Northeast Conference dropped to 2-2 on the season.

The Bucs also improved to an impressive 3-1 at home this season.

In a game where points were hard to come by, defensive end Nasir Player (Columbia, S.C.) posted a career high three sacks, while junior placekicker JJ Jerman (Seymour) matched his career best with three made field goals. Along with that duo, junior quarterback Austin Herink (Cleveland) teamed up with fellow junior Drake Powell (Clinton) to collect the only touchdown of the contest with a five-yard scoring pass in the second quarter.

An announced crowd of 8,540 looked on as the Bucs – who lost to Robert Morris back in 2015 – avenged that earlier defeat by simply shutting down the Colonials’ offense. In fact, heading into the fourth quarter, the Colonials had managed just 90 yards in total offense for the game. For the game, the Bucs would ultimately outgain Robert Morris 255 to 211.

The Bucs will return to Southern Conference play next week, hitting the road to face No. 22 Western Carolina in Cullowhee, N.C., at 3:30 p.m.