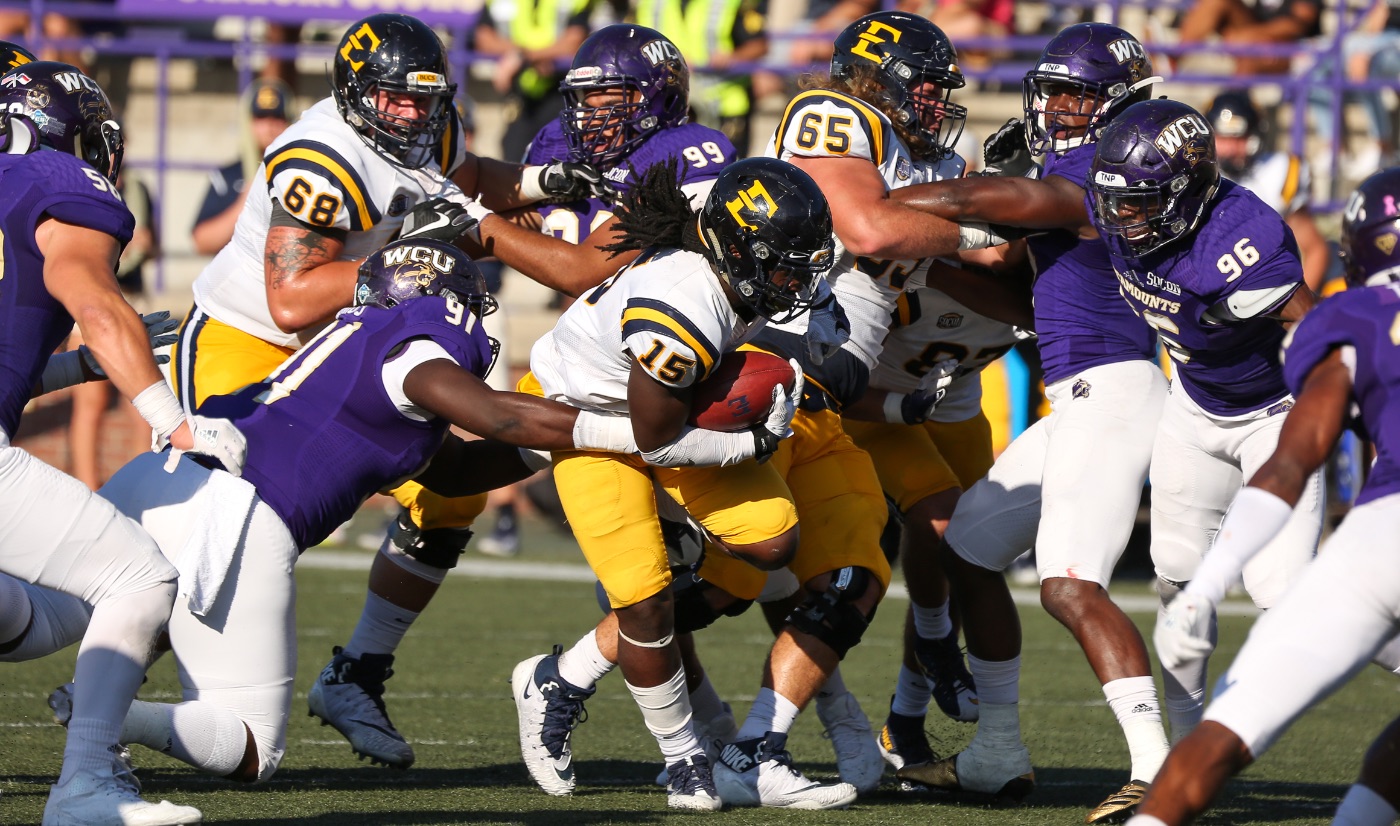 CULLOWHEE, N.C. (Oct. 14, 2017) – Two halves of football could not have been any different for the ETSU football team.

Holding No. 21-ranked Western Carolina’s talented offense to only seven points and trailing just 7-3 at halftime, the Buccaneers suffered a collapse in multiple areas during the second half, as the Catamounts outscored ETSU 42-7 the rest of the way to take a 49-10 Southern Conference victory Saturday afternoon at E.J. Whitmire Stadium.

With the loss, ETSU falls to 3-4 overall on the season and 1-3 in SoCon play. Meanwhile, Western Carolina improved to 5-2, 3-1. Unfortunately for the Bucs, they remain winless on the road in SoCon play since rejoining the league in 2016.

Ironically, the Bucs – who have struggled to produce an effective rushing attack this season – did manage to rush for 137 yards against the Catamounts. It marked only the second time this year that the Bucs have eclipsed 100 yards rushing in a game.

However, while those rushing numbers were improved, junior quarterback Austin Herink (Cleveland) struggled through his toughest game of the year, going just 11-of-30 through the air and having two interceptions returned for touchdowns. In addition, the Bucs allowed a blocked punt to be returned for a score, and a fumbled kickoff also helped the Catamounts add a late touchdown.

For the Catamounts, freshman running back Donnavan Spencer put on a show with 139 yards rushing and four touchdowns, while sophomore quarterback Tyrie Adams also rushed for 102 yards and accounted for a score as well.

The Bucs will head into its open week before returning home to host SoCon foe Wofford on Saturday, Oct. 28 inside William B. Greene, Jr. Stadium. Kickoff is set for 1 p.m.