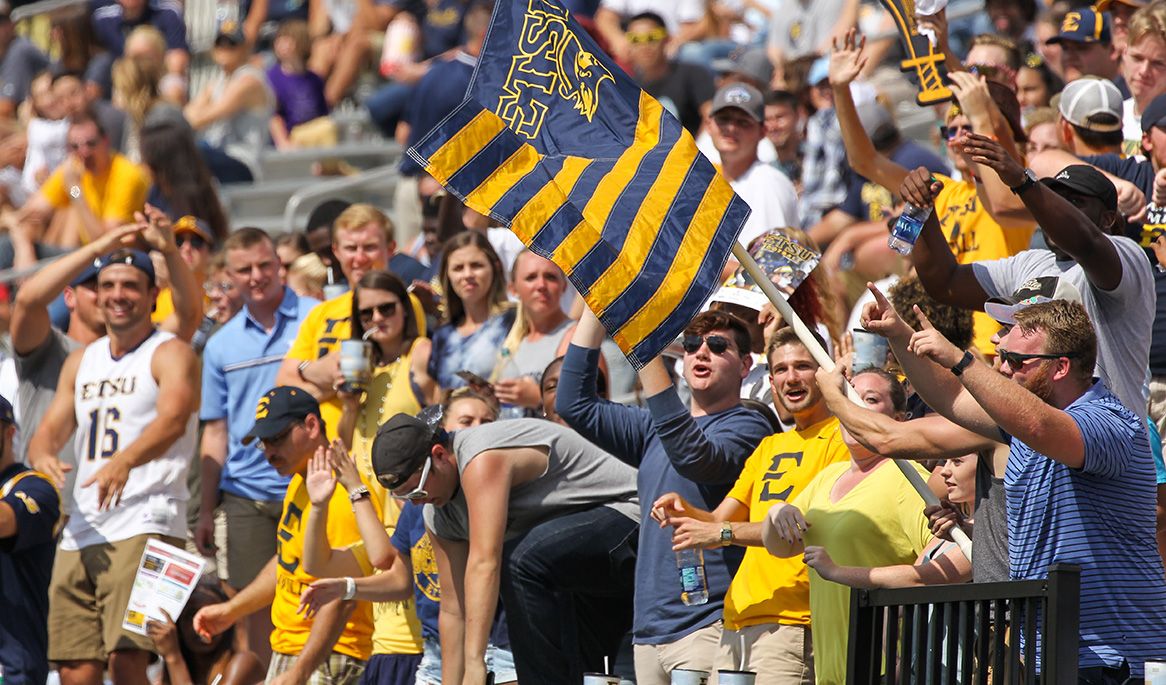 The Bucs need a large, raucous crowd Saturday as they take on No. 8-ranked Wofford.
Things to Know for ETSU vs. Wofford
Related Links

JOHNSON CITY, Tenn. (Oct. 27, 2017) – As the ETSU football team returns home to host Wofford for its fifth game of the year inside William B. Greene, Jr. Stadium this Saturday, the ETSU Department of Intercollegiate Athletics would like to pass along the following list of “things to know” prior to the kickoff at 1 p.m. The game sponsor for Saturday’s game is Ford.