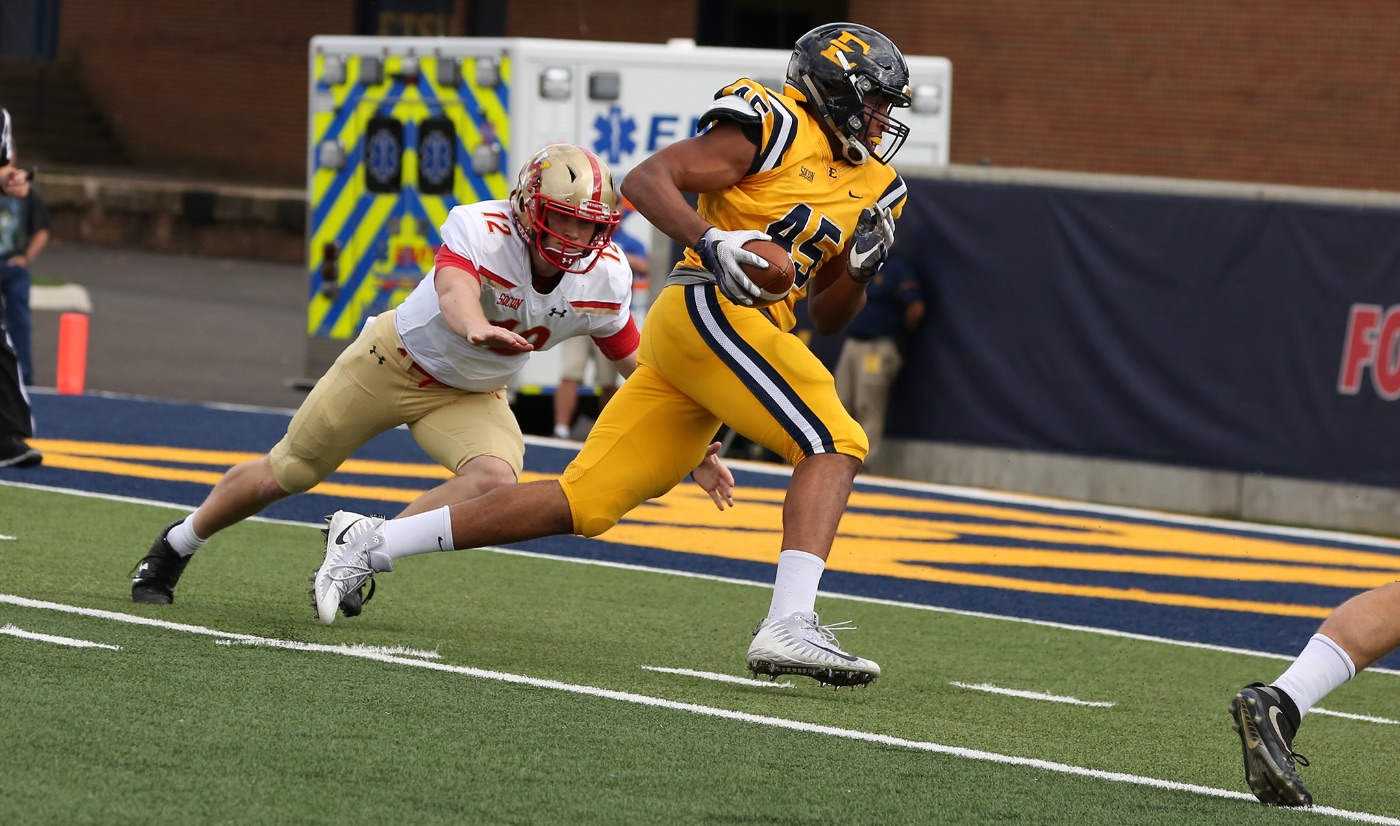 Playing in front of a crowd of 7,327 fans, the Buccaneers improved to 4-5 overall and 2-4 in SoCon play. ETSU also kept alive its hopes of a winning season as the Bucs face a pair of SoCon road contests beginning next Saturday at No. 15 Samford. For the year, ETSU finished with a 4-2 record inside Greene Stadium.

Meanwhile, the Keydets – who were held to just 179 yards of total offense – dropped to 0-10, 0-7 on the year and will end their regular season next weekend when they host league-leading Wofford.

In all, 27 players competed in their final home game on Saturday, a group that included many who were part of the first recruiting class for the Bucs back in 2014. Some of those original Bucs included major contributors such as wide receiver Drake Powell (Clinton) and tailback Jajuan Stinson (Knoxville), as well as linebackers River Boruff (Sparta) and Trey Quillin (New Albany, Ohio).

As a team, the Bucs collected 259 yards in total offense, led by senior tailback Falon Lee (Macclenny, Fla.), who collected a career high 93 yards rushing and scored his first touchdown since a score back on Oct. 20, 2016 against West Virginia Wesleyan. Fellow senior tailback Jajuan Stinson (Knoxville) also collected a score in his final home game.

The Bucs other touchdown of the game came courtesy of the defensive unit, as a tipped pass fell into the arms of sophomore defensive lineman Nasir Player (Columbia, S.C.) and was returned for a touchdown late in the first quarter. ETSU also tacked on a 33-yard field goal from junior placekicker JJ Jerman (Seymour).

The Bucs will now play back-to-back road games to end their season, beginning next Saturday at Samford. Kickoff in Birmingham, Ala., is set for 3 p.m.