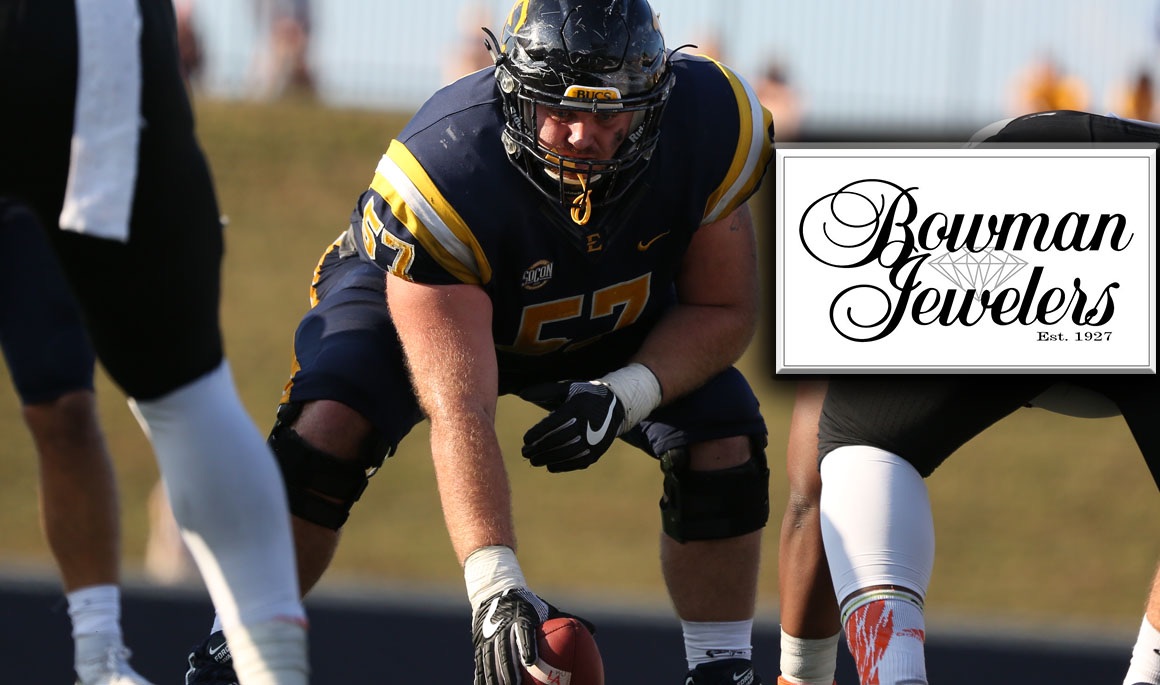 JOHNSON CITY, Tenn. (Nov. 5, 2017) – Following each game during the 2017 college football season, ETSU head coach Carl Torbush will announce the Bowman Jewelers Offensive, Defensive and Special Teams Players of the Game, along with the “Effort Play of the Game” and “Show Team Players of the Week” awards.

Below are the recipients from Saturday’s 24-6 win over VMI at William B. Greene, Jr. Stadium.

EFFORT PLAYS OF THE GAME

This week the Buccaneer coaching staff announced two Effort Plays of the Game … The first being redshirt freshman wide receiver Braxton Richburg (Hoschton, Ga.) chasing down VMI linebacker Ryan Francis on his 37-yard fumble return, which saved a potential touchdown in the second quarter … The second play came from junior defensive lineman Tremond Ferrell (Washington, Ga.) on a 3rd-and-10 play in the third quarter where VMI’s quarterback scrambled and found Alex Ramsey for a gain of six, but Ferrell tackled him to force a punt, which then led to an ETSU scoring drive.