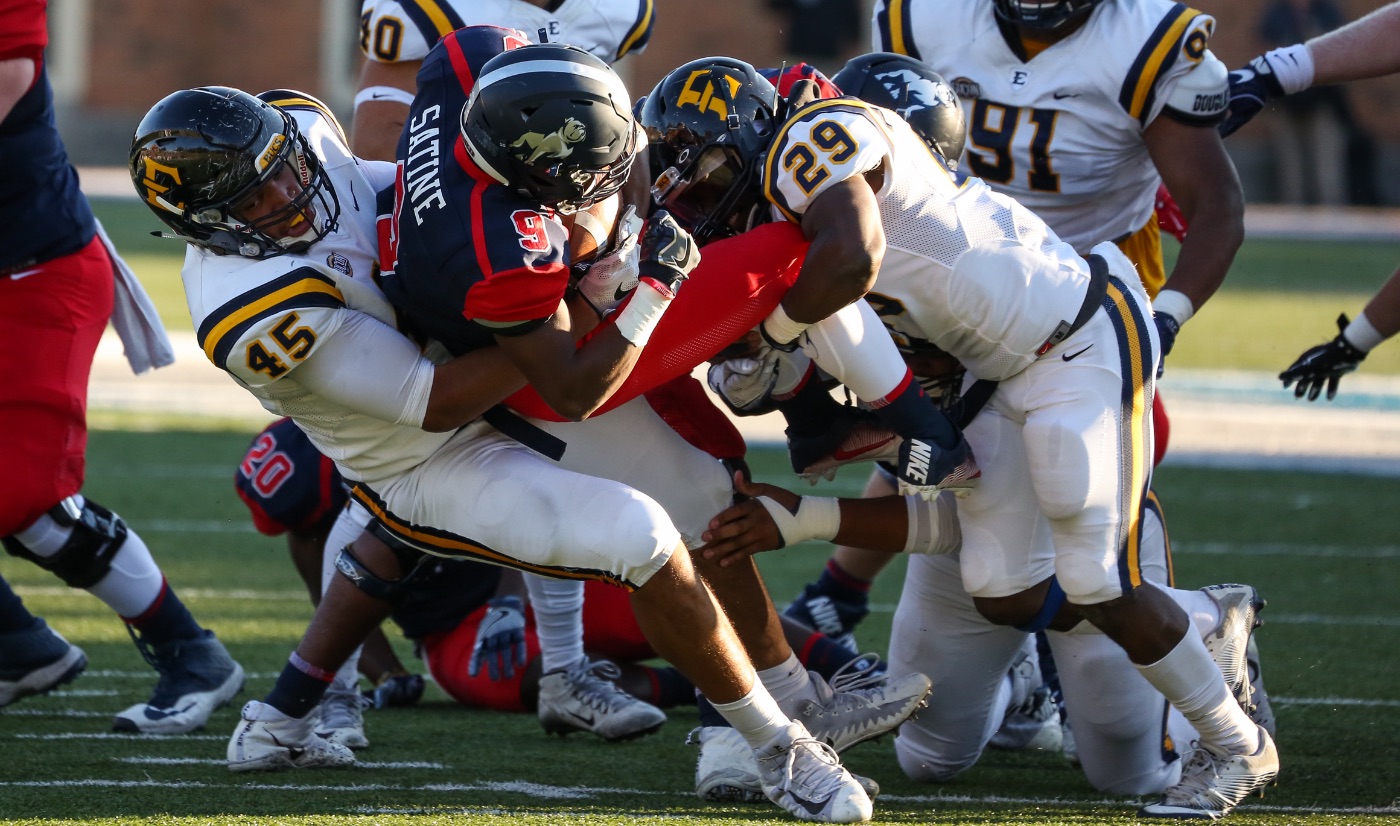 BIRMINGHAM, Ala. (Nov. 11, 2017) – A seven-minute stretch doomed any hopes the ETSU football team had of a second-straight win over the Samford Bulldogs.

After pulling to within 14-7 early in the second quarter Saturday afternoon at Seibert Stadium, the Buccaneers had a controversial pass interference call go against them and that play ultimately helped ignite a 21-point surge by No. 14 Samford. The end result was a 35-7 halftime deficit that culminated in a 42-7 win for the Bulldogs.

With the loss, the Bucs dropped to 4-6 overall, 2-5 in Southern Conference play and still have yet to win a road league game since returning to the SoCon a year ago. Meanwhile, the Bulldogs continued what appears to be a run toward the Football Championship Subdivision playoffs, as they improved to 7-3 overall, 5-2 in SoCon play.

On this day, junior quarterback Austin Herink (Cleveland) suffered through one of his toughest outings as a Buc, accounting for four turnovers -- two of which led to Samford scores and one that sabotaged a possible ETSU scoring drive deep in Samford territory.

The offenses inability to move the ball – the Bucs had only 211 yards in total offense on the night – served to negate what was an otherwise strong performance for the defensive unit against a highly-touted Samford offense. The Bulldogs had entered the game averaging 416 yards per game, but were held to just 349 yards on Saturday. Samford also had only two prolonged scoring drives, taking advantage of ETSU’s turnovers to add points on a short field.

Ironically, after both teams combined to score 42 points in the first half, neither team had found the end zone after the halftime break until Samford tacked on a score with just two minutes left in regulation. The score came thanks to Samford keeping their offensive starters in the game against ETSU’s second string defensive unit.

The Bucs will close out the 2017 season next Saturday at rival Chattanooga. Kickoff is set for 2 p.m.